To continue our journey of the top concerts of 2012 Scotty checked out and then fell in love with Charli XCX. He saw them open for Santigold at Club Nokia and then checked them out at one of my favorite live venues in the city the Troubadour!

Check out his concert review and his photo gallery after the jump!

I was first introduced to Charli XCX when she opened for Santigold in June of 2012. I was thrilled to be seeing Santigold for the first time as I had been hooked since hearing the single “Go!” last year all over the Internet. I had to wait outside the venue for a ticket, as I was unable to afford one when the tickets went on sale. I was lucky enough to find someone who had an extra ticket and got in.

While waiting for Santigold to come on, a tiny singer took to the stage with her own unique electronic sound. She announced that she was Charli XCX. I would classify her sound as “Indietronica,” although I have read her to be classified as “Goth-pop.” One is able to hear a lot of influence from 80’s New Wave bands. I was most taken by her song, “Nuclear Seasons.” This track pays homage to the 80’s pop sound that so many dance music junkies love. Upon finishing her great set, I saw many cell phones pop out and people searching for Charli on the web. It is rare to see that many people wanting to find out more about an opening act. I went home that night and did the same on my computer.

After Charli XCX, Santigold took the stage by storm. Her voice was powerful. Her vocal style crosses into various genres. Her vocals can sound like a rock, electronic, or R&B artist. Santigold took command of the stage and had the crowd wanting more with each song. Highlights for me were her singles “Go!,” “The Keepers,” “L.E.S. Artistes,” and “Disparate Youth.” Unfortunately, I was without a working camera at the time of this show, and was unable to snap any photos for the site. BOO!

A few months later, I saw that Charli XCX would be returning to Los Angeles for a more intimate show at the Troubadour in West Hollywood. 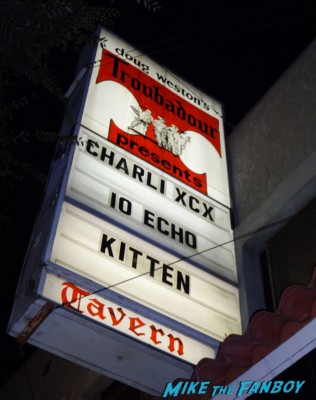 I was excited to see her in this venue. Concert “goers” always get a special treat when seeing an artist at this venue. You are able to be up close and have an exchange of excitement with the artist while they are performing. 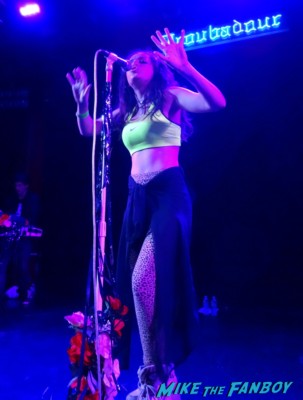 Charli performed many of the same tracks that I heard her perform before, but she was able to feed off the crowd that was there to specifically see her. We were also treated by a surprise appearance by Sky Ferreira on stage. 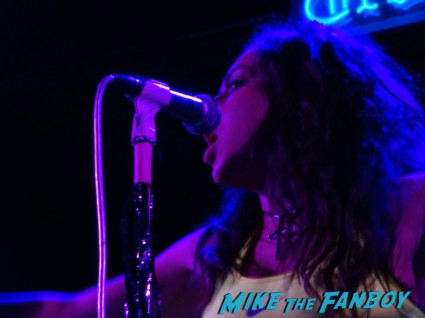 I have been following Sky for the past couple of years and was excited to hear her sing live for the first time. 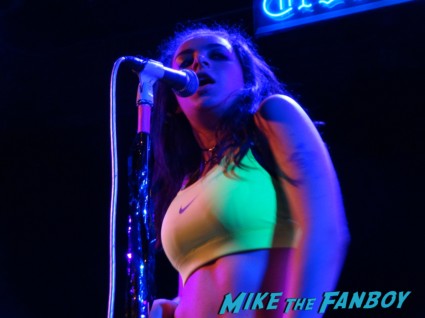 Charli and Sky sang Grins as a duet. It was AWESOME! The setlist, to the best of my memory, was as follows: 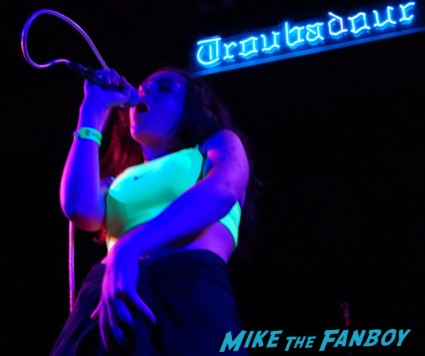 It was a great night of music! 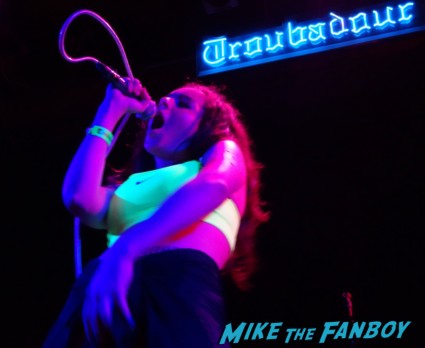 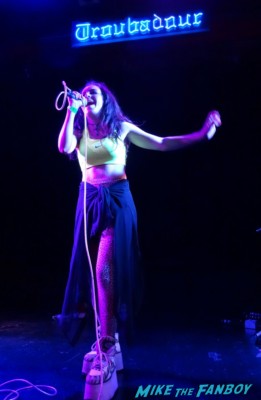