2014 is quickly calling it quits and as the year winds down it’s time for the best and worst lists to start trickling out.

It’s the fun part of a year ending right?

When looking at films, and entertainment the thing that also strikes me first is the posters. and there were some truly good posters this year, some amazing art.

There were also some truly horrible posters as well. I mean like… What were they thinking?

15. It’s really hard to put this on the list, but let’s be honest, this is truly bad. First off, with such great teaser posters for this film, and such an epic cast, it’s even more of a fail that X-Men: Days Of Future Past let such a terrible photoshopped mess be it’s main poster. First off, were Jennifer Lawrence and Hugh Jackman the only members in this cast?

But compared to the horrible photoshop that’s not the worst part. The cast is bursting out of Hugh and Jennifer like they are in an Alien film. Did anyone else notice that Ellen Page is exactly where a certain… ahem… Member of Hugh Jackman’s should be and that Ian McKellen is starring at it? Plus, what about the eyelines? Everyone’s looking somewhere else. Halle Berry looks confused, Patrick Stewart looks bored and why is there a sunburst coming out of Michael Fassbender’s hand? 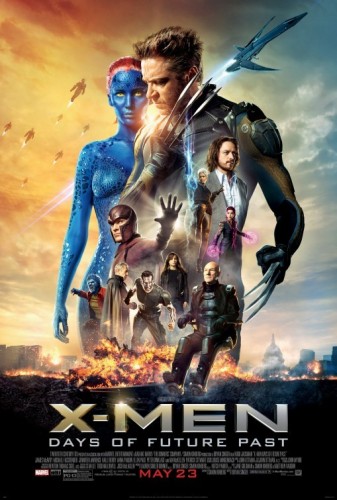 14. It sucks when you like a movie and hate the poster. The new Planet of the Apes film was great, but the poster…

First off, I hate the floating heads, or should I say… I hate floating half heads. Why do we only get one eye from each? Plus, Caesar is facing the other way. It’s scary to see an ape with a gun… Not so scary to see the back of an Ape’s head with a gun. 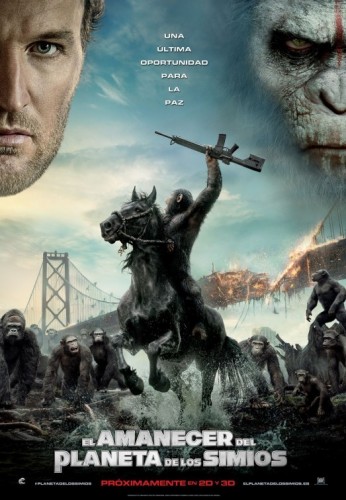 13. Trust No One… Or trust no one to make a decent poster. For the Jack Ryan reboot/sequel apparently danger is no one’s game. Chris Pine is looking at danger to the right, so is Keira Knightly and Kevin Costner… He’s bolting to the left. Like, get me the hell out of dodge.

But the crime here… Poor Kenneth Branagh. He’s an inch tall and has to stand next to Keira Knightley’s Va-Jay-Jay. Move to the the right Kenneth… To the right. 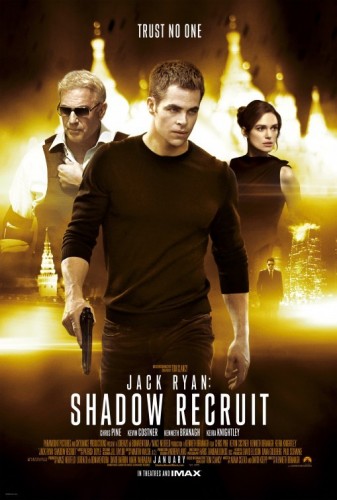 12. The Muppets had a big screen triumph and then they had to go and make a sequel. Sigh… And the fun of the first film seems to have been sucked away and replaced by forced fun.

Look at Tina Fey’s face! It’s like she’s being shocked in the ass and poor Ricky Gervais… It’s like he’s being held at gunpoint and someone said, look like you’re having fun! And the spirit fingers! God help us… Spirit Fingers! 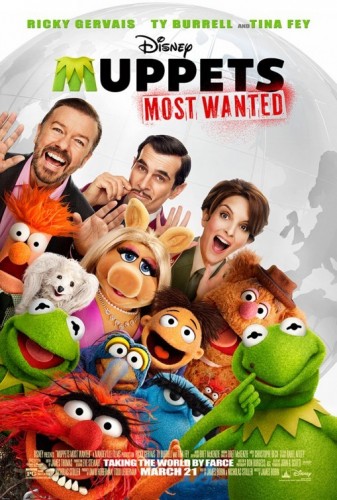 11. Oh Cameron Diaz… Trying to replicate the fun of The Sweetest Thing and with The Other Woman, first off Leslie Mann… What the F is she doing? She’s has no torso! It’s like she’s been shrunk and holding onto Cameron Diaz for some unknown reason.

Cameron Diaz… What happened to her face. It’s all red and it looks like she lost half her neck. Almost like she’s been rejected from Death Becomes Her. 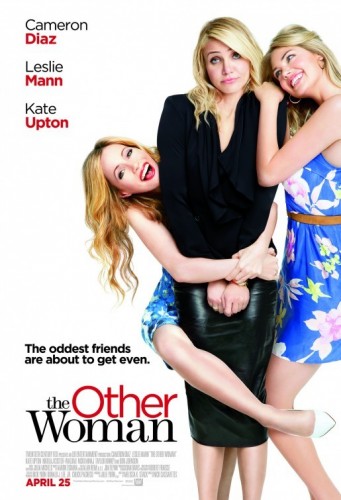 10. Oh Kevin Costner’s back and this time, he looks perturbed… Or constipated, I can’t really tell. The biggest crime about this poster, except relying on a washed up star from 1990 to open a movie is the amount of dead space. Why is half the poster completely black? Seriously? I’ve never looked at a poster that was half black and said, “Gosh, I want to see THAT!” 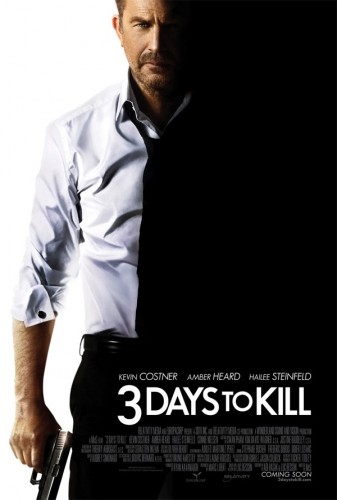 9. At number nine is The Longest Week. Now, never mind the boring cheap looking half and half poster but why is Billy Crudup and (one of the interchangeable female leads) in profile? My what a great ear you have Billy Crudup! So symmetrical!

And Jason Bateman… It looks like he’s getting a hand job on some pink fluffy carpeting that was rejected from a Macy Gray music video. You can do better people. 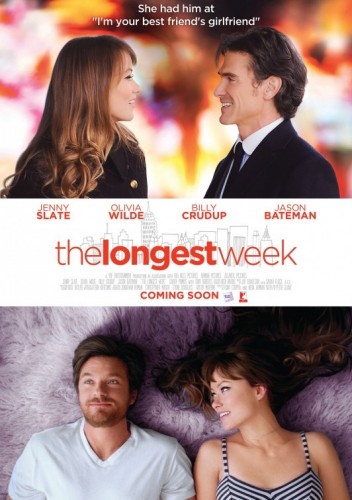 8. Oh Pompeji! Kit Harrington is a bit of trouble huh? The Game of Thrones star looks like he’s half as tall as the burning volcano behind him. In reality, Kit Harrington isn’t that big. Oh Jon Snow… It’s like Kit is yelling at someone into the distance… “Go to the wall Jon Snow!”

I mean the fire is right behind him. Maybe, as opposed to fighting with a sword, you should run… Run away from the theater! 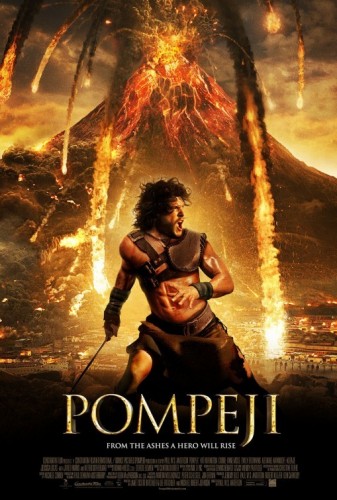 7. For the second Cameron Diaz film on this list, It’s Sex Tape! First off… Look at where Cameron Diaz’s legs are… Now look where her torso is… Something doesn’t add up does it? Nope!

Jason Segel looks like he’s about to pass gas, and Cameron Diaz’s face tells me she smelled it. But the text bubbles? “Can’t wait for the sequel?” keep waiting! “This is def going viral!” No.. No, it’s not!

6. And the hits keep on giving! With The Giver! The Jeff Bridges Oscar bait film that didn’t connect with… well anyone. So many things are wrong with this poster. First off, it looks like an alien abduction film. The lead dude is staring into the sky like he’s going home to the mother ship.

The worst part though? The looming creepy Jeff Bridges head giving him the evil eye like he’s Rooster from True Grit. And that other woman… I don’t know who she is, but that’s not Meryl Streep. It’s like a white washed Anne of Green Gables, who is that crazy woman and why does she want to eat the other chick’s face? 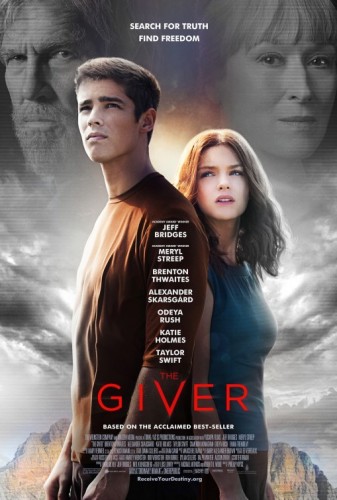 5. Oh Dolphins! For the feel good family film Dolphin Tale 2, everyone is super happy to be back. So happy in fact, that all the stars are having such a good time, no one minds that they are drowning. Complete with air bubbles. The cast is literally submerged under water and are smiling like pigs in shit.

Oh Kris Kristofferson. why… just why? 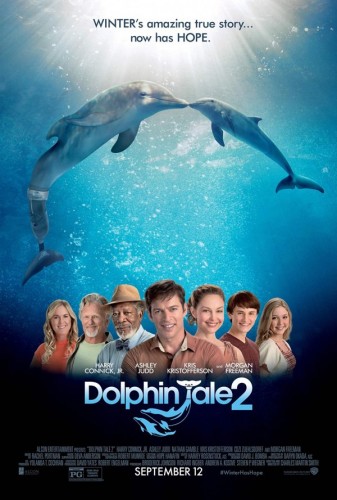 4. Audiences didn’t want to see it and well… Either did the stars. Who thought that having Adam Sandler riding an ostrich would be a way to sell a movie. Now, that’s bad enough, but look at where the kids are staring.

They’re not looking at their dad.. In fact… They’re looking up the ostrich’s ass. 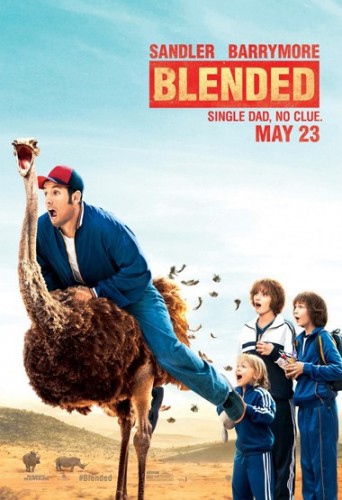 3. It seems like everything got Left Behind including Nicolas Cage’s career. For his new “film” Left Behind, someone looks confused… Nic looks confused why he’s in the film in the first place, but I’m confused as to what happened to his neck. It’s gone. He’s a floating head on a torso.

Nic, I’d be confused about that bro. 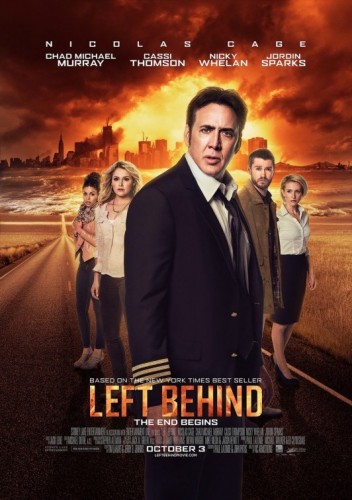 2. Two film legends were together onscreen and it… It was… something no one cared about. For the film And So It Goes… It’s all bad. First Diane Keaton, what is up with her face. She looks so grossed out… Perhaps it’s the strange shadows that makes the flower box look like a cross… Or the fact that Michael Douglas looks like a Pedophile. Oh Michael Douglas, how did you get involved in this mess? 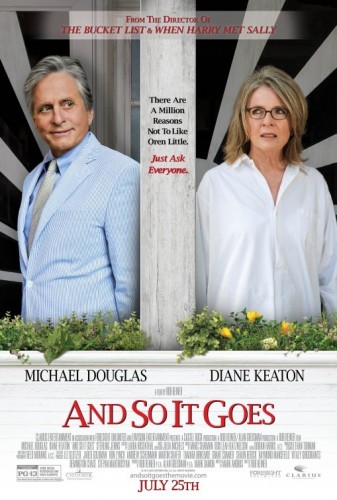 1. Finally, the worst poster ever. Bad Words… So much.. So much wrong with this. First off, Jason Bateman isn’t a great looking guy, but a close up of his snarling jawline complete with nostrils a flaring? Blech.
I mean, is that what you want people to remember when seeing your movie? Hey kids, let’s go see that movie with Jason Bateman’s flaring nostrils!

The rest of the world agrees! 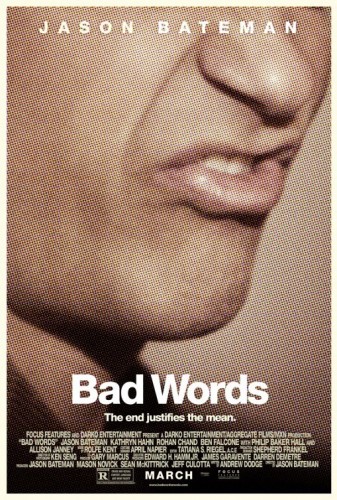