When I hear the words, “A film by M. Night Shyamalan” I just have to cringe and brace for impact. After blasting onto the scene with The Sixth Sense and on a smaller level Unbreakable, his track record hasn’t been stellar. The Village, After Earth, and… The Happening… Not great films. However, with Wayward Pines earlier in 2015, M. Night Shyamalan is doing way more consistent work. 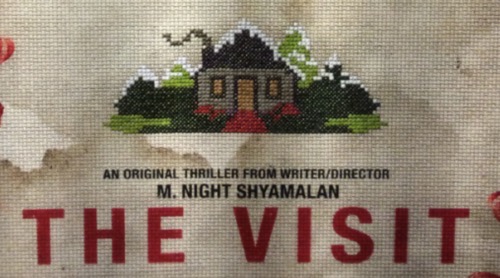 M. Night Shyamalan’s The Visit is out now on Blu-ray, and I’m happy to report it’s more Wayward Pines than The Happening. Paula (Kathryn Hahn) hasn’t spoken to her mother in years, she has two young children, Rebecca (Olivia DeJonge) and Tyler (Ed Oxenbould) and suddenly Paula’s parents reach out. They had a very bad falling out but now they want to meet their grandkids. 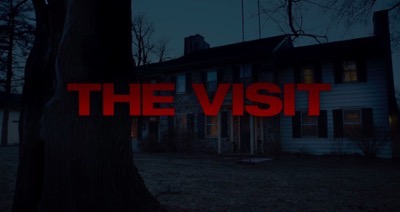 Paula agrees to leave the kids with their grandparents, John (Peter McRobbie) and Doris (Deanna Dunagan) and goes on a week long cruise. John and Doris live in a rural town in Pennsylvania and while the trip starts well, some strange signs seem to pop up. John keeps heading to the shed and Doris projectile vomits in the middle of night for seemingly no reason. The kids put their detective hats on and try to figure out what’s really happening here. 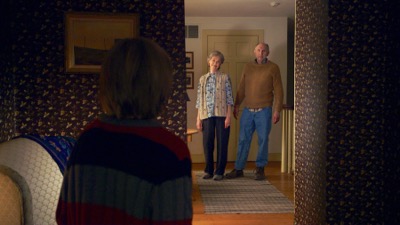 John and Doris seem to have an answer for everything that the kids see and these steady hints are more like breadcrumbs leading to the big reveal. The Visit is a found footage film and while that generally is code for “low budget” it kind of works with The Visit. It’s a straightforward film and doesn’t have the twists and turns that M. Night Shyamalan is known for. In fact, every twist isn’t so a much a twist for the audience but something that’s pretty darn obvious. I have to admit though, I didn’t find this a deterrent, instead it was a little refreshing. 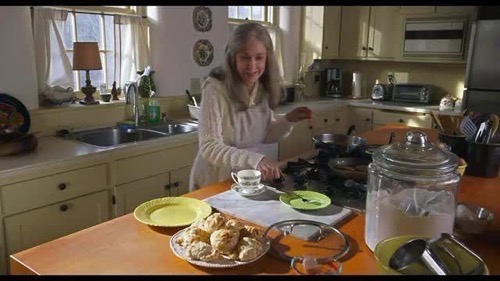 M. Night Shyamalan does a good job of steering away from the tropes of found footage films and horror in general. There isn’t an excessive use of the shake cam where the audience only sees what’s partially going on, it’s almost like a polished found footage film, which is nice actually. M. Night Shyamalan lets the film go along at it’s own pace and while some would find it slow, I liked the pacing and slower build like classic horror films from the 1950’s and 1960’s. 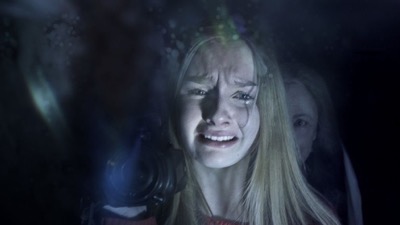 One of the best things M. Night Shyamalan did was cast Peter McRobbie and Deanna Dunagan as the grandparents. They are so good at being your loving grandparents with the mysterious elements thrown in. That’s a hard task, and they are excellent. Olivia DeJonge is also great, and it was really good to see a brother and sister team-up rather than the standard brother and sister always at each other’s throats. Ed Oxenbould is awesome as Tyler, really finding the right mix of annoying little brother and comic relief at the same time. He really does elevate the film. 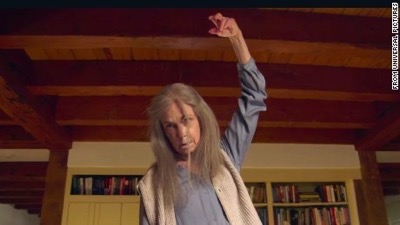 The Visit arrives on Blu-ray in a fine transfer even by found footage standards. The colors never reach the high definition perspective of say Man Of Steel but it does look good. The details have clear definition and you can see the minute of the grandparents home. When a splash of color is present, it really does pop in contrast to the duller more wooden tones of the small town home. 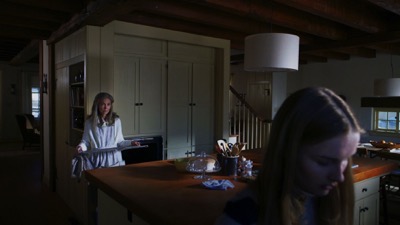 The Visit arrives with several bonus features. there is an alternate ending, which I liked and about eight minutes of deleted scenes.

There is a featurette titled The Making of The Visit. M. Night Shyamalan talks about returning to his roots with The Visit and a short look back at his career. There is also a feature titled Becca’s Photos which is a scrolling photo feature. 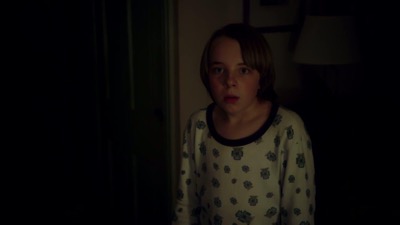 While The Visit may not satiate hard core horror fans, as a thriller I thought M. Night Shyamalan did a fine job with this film. The pacing was deliberate and allowed the plot to unfold. Plus, the casting was spot on and elevated the film greatly. Overall, I think you’ll enjoy this film and it’s worth a look.

The Visit is out now on Blu-ray!