The Walking Dead is a Cultural Phenomena. I mean who would even have thought that a series about post apocalyptic zombies would be the top series on television!

check out Andrew’s full recap below!

My son and I had one mission for this year’s Comic Con. And that was to meet the cast of our favorite TV show ever. The Walking Dead, signing was on Friday so we figured the drawing for tickets would be on Friday morning right? ….WRONG!

As my son and I were shopping Thursday I got a text from a friend that said “drawing is happening now at AMC booth!”….my son and I hustled over and saw the huge line…After 11 tries trying to draw a winning ticket we gave up.

My son disappointed and I frustrated because they kept putting the losing tickets back on the bag with winning get tickets! WTF why?. The next day we knew the drawing would still take place for the last remaining winning tickets. My son told me “Dad I wanna try one more time”. With only 10 more winning tickets to give out and no winners as of yet my Son Noah on his first try …picks a winner… 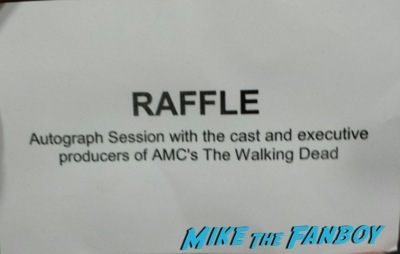 He yelled with so much joy it was great to see as his father. My boy didn’t give up 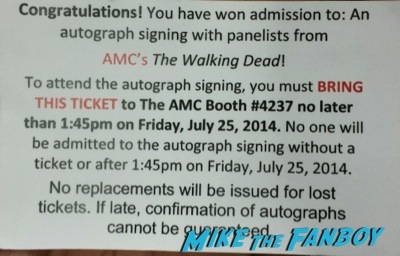 …later that day we met the WHOLE cast and they were all such cool people they truly love there fans. 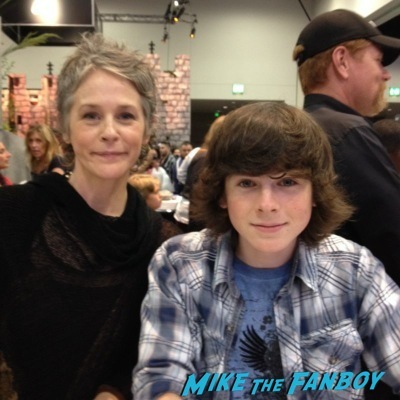 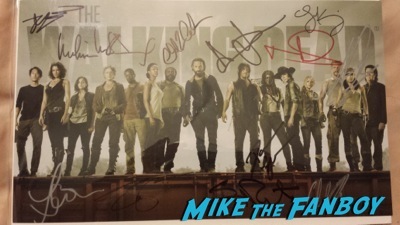