For this wonderful labor day weekend, I thought the best way to celebrate was to share Ace’s report on The Walking Dead DVD signing at Dark Delicacies! Ah, good times.

Check out Ace’s full recap after the jump!

What’s up, you autograph addicts! On August 28th, I had the opportunity to meet some of the cast/zombies/crew from the Walking Dead! The Signing was for the Walking Dead Season Two (DVD/Blu Ray) with David Boyd (director, cinemagrapher), Emma Bell (Amy), Evan Reilly (writer), Hunter Via (editor), Nathan Gunn (editor, co-producer), Julius Ramsay (editor), Bear McCreary (Composer), Glen Mazarra (ex-producer/writer in Season 1 & 2) & Jeryle Prescott (Jacqui). Some of the people listed above did not show up.

But, before I get on to the Fanboy Recap, I got some mojo in the mailbox for the last past week. I present to you Gene Wilder (Mr. Willy Wonka), Angus Scrimm (The Tall Man from Phantasm), and Bill O’Reilly (Fox News Commentator)… These three are just a small portion of what I got in from the last post… Regardless, I did AMAZING at the Walking Dead event. 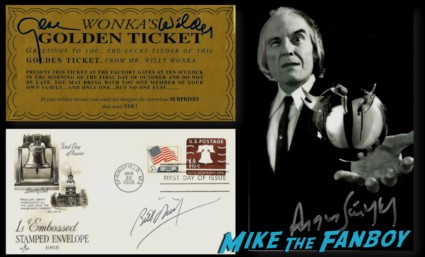 Now… on to the Recap!

6:43-7:18 – For some reason, I felt rather sick… I don’t know what came over me… Scenarios/Exchanges bounced around my head… I didn’t pay for the DVD at Dark Delicacies… So I felt really bad… Instead, I purchased stuff that I had to have in the store…

7:19- Store Owner gets up on a chair to reveal that almost everyone fell through… He then went ahead and said that if people wanted a refund, they would fulfill one. If you didn’t, you could stay for Joe Giles (Notable Walking Dead Bus Walker), Brian Hillard (Bloated Well Zombie), Bear McCreary (composer)… I had stuff for all of them… Bear McCreary did that amazing Intro! Joe Giles will forever be a notorious zombie… Brian Hillard will forever be known as the zombie who ruined the well water…

7:22- As people are about to leave the store or get refunds, Jeryle Prescott (Jacqui) shows up! (SPOILER ALERT) If you are a Walking Dead fanatic like me, you know that she was killed off in the first season… Jacqui felt that society was doomed therefore she waited in the self-detonating research center. Everyone was super excited to see her enter that door… You could hear the excited whispers in the room.

7:34- DVD Dave and I finally got to the signing table… We both had a questionable amount of collectibles… He had like a 8 DVDs with him. I had like 6 x 10s and 2 DVDs. 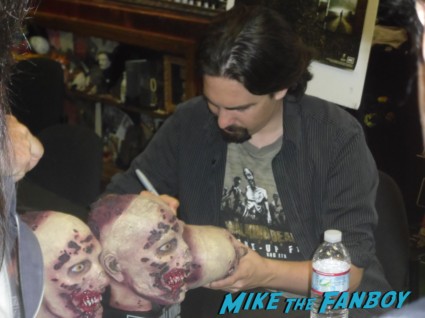 Bear McCreary was soooo calm! I talked with him for several minutes. I went on and on, like an idiot, about his intro… I do love his intro… Signed all my 8x10s + DVDs. 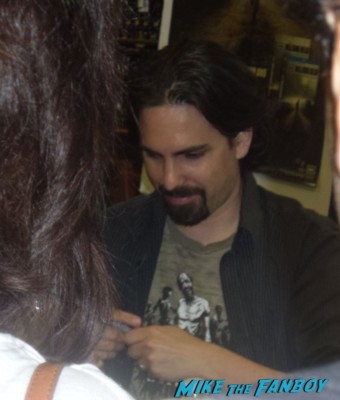 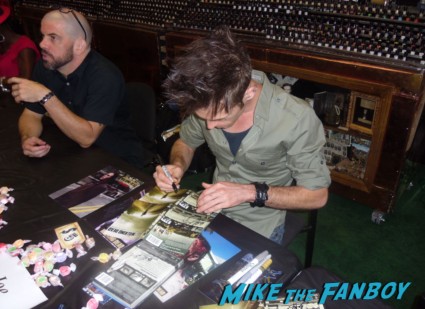 Joe Giles was next! He was the coolest person to talk to… He loved the Walking Dead Fan Art! He gave me his email to send him the attachment… Super great! Signed all my 8x10s + DVDs. 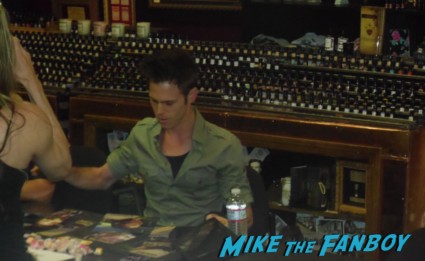 Brian Hillard was right after! Handed him my Walking Dead Season 2 DVD and 8x10s right away! I am still bothered that I didn’t bring my print of the bloated well zombie… Maybe next time I guess… 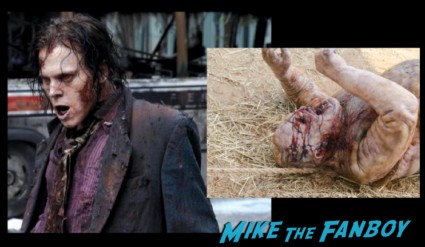 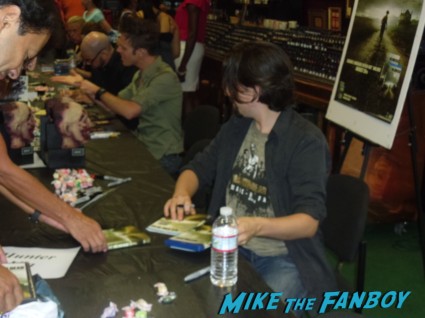 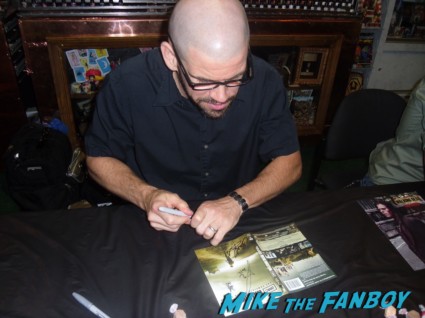 Jeryle was the last… I went all fanboy on her… Talked about how I was sooo disappointed that her character was killed off… She was sooooo SWEET! We began to talk. I asked her if she knew she was going to be killed off. She told me how she was only scripted for 1 episode, but they inevitably kept her on. I asked her if she was disappointed that they went ahead with their original plan by killing her character by the end of season 1. She claimed that she was, but that she had a great time on the show. 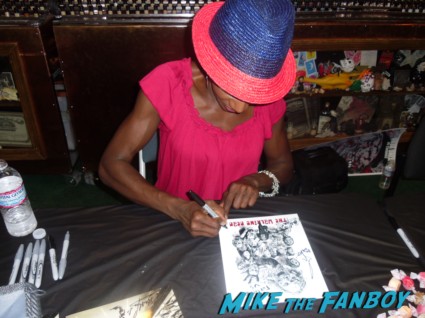 8:12- Left the event! Nathan Gunn came after I left but I have no regrets! 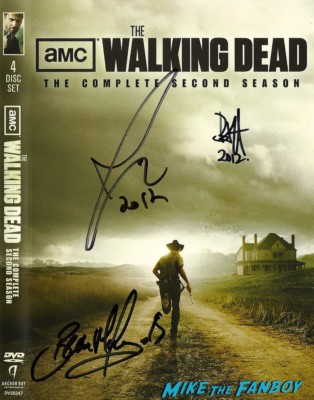 Overall, It was AMAZING!

Check out Ace’s autographs after the jump! 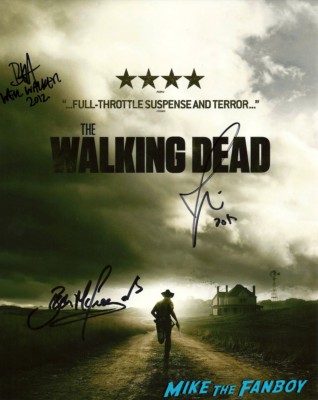 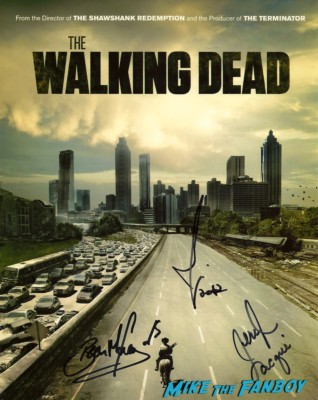 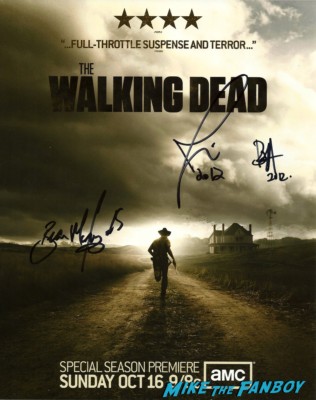 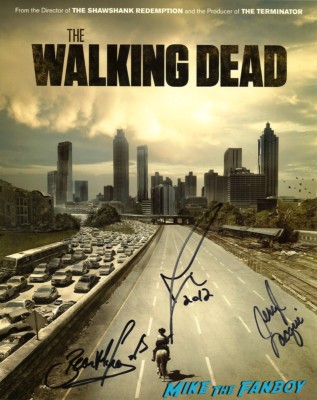 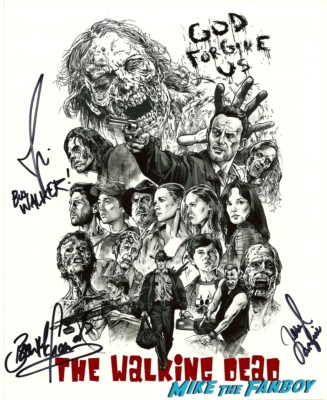