Entering the Sanctuary or

How to make a Good Sandwich in the Apocalypse 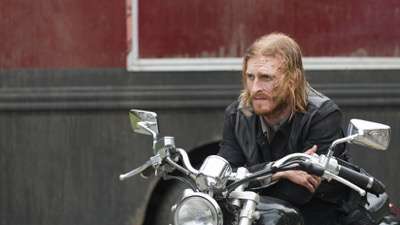 Last week we got introduced to King Ezekiel (Khary Payton) and the Kingdom now we turn around and go to the darker place and we get taken to the Sanctuary which is Negan’s (Jeffrey Dean Morgan) stronghold. By using his most familiar Lieutenant Dwight (Austin Amelio) we get briefly showed around to how some of the people eat, sleep, and, garden in their way of life. Plus that crazy zombie fence where those that wronged Negan are confined for what purpose I’m not sure? We are then showed how Daryl (Norman Reedus) is locked up naked (one for the ladies!) in solitary confinement where he is fed dog food sandwiches and tortured with some quite annoying music on repeat in an effort to break his spirit. 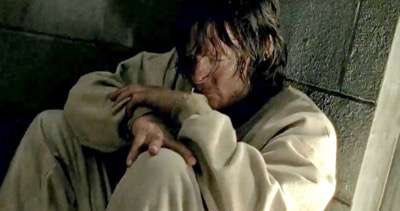 But actually the strange thing about this episode is the main person the story ends up being about is Dwight. We find out after he returned back to the Sanctuary with Sherry (Christine Evangelista) that Negan wanted to punish him by death and the only way to gain his forgiveness is Sherry offered to marry Negan. Well that and Dwight chose to burn himself with an iron to the face, but then things were all good! Now he is a ranking “soldier” in Negan’s army and pretty much gets whatever he wants. Except he lost Sherry which you can tell when he looks at her that his affections have not gone. 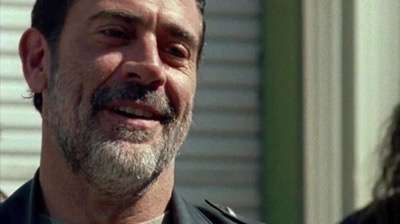 In the second half of the episode a member of the Sanctuary escapes and Dwight goes to track him down. Upon finding him we learn that his name is Gordon and he and Dwight know each other from before the Sanctuary. In their scene we’re shown how Dwight has changed to survive in Negan’s world and he’s lost so much of the person he was before. Gordon wants to just keep going to escape but Dwight is so under Negan’s thumb that he can’t even let his former friend leave when he can tell he is in despair. So Dwight chooses to shoot him and bring him in to be put against the fence with all the other offenders . 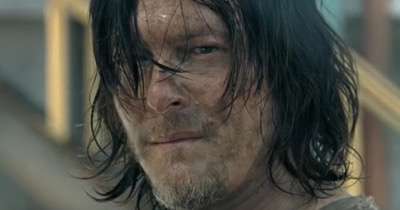 Towards the end Daryl is brought again before Negan to see if he is ready to join his group. Nope. Not Daryl Dixon! But c’mon we all knew he wasn’t going to! Well okay I was more just really hoping. We have to have one person that is still going against this evil. Earlier in an effort to possibly put him over the edge Dwight gave Daryl a Polaroid of Glenn’s (what is left of his) body but I think it just reaffirmed his mental state even more. And somehow Negan decides to just lock him back up. You can tell that Negan is massively fascinated with Daryl’s resistance to his power. He’s probably so used to everyone kneeling before him but, this ONE GUY whose whole group has fallen under his rule is still holding out.

My biggest takeaway from this episode is Dwight. I, like I’m sure at least some of you could not STAND HIM! I wanted him dead so many times! I was just waiting for Daryl to put an arrow in his head. But dammit now I feel sorry for him. Still don’t like him! Don’t mistake that. But I get it now. So many of his choices have been about other people and his position now is out of necessity because he just doesn’t know any other way to survive. I’m curious to see what else they have coming up for him. If they just leave this one instance as a character development episode I’ll be disappointed. 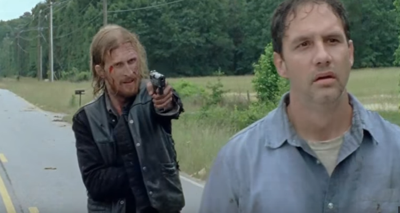 Looks like off to Alexandria next week! See you then!