Rock in the Road 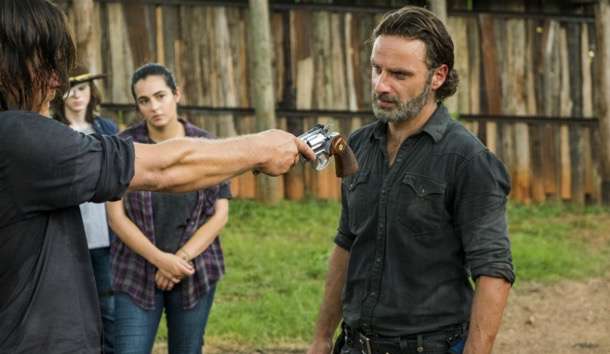 Ah the month of February is here. It is that time for The Oscars, Valentine’s Day and some Walking Dead returning!! After the realization back in the mid-season finale that they’re finally tired of Negan’s (Jeffrey Dean Morgan) dictatorship and that it’s time for the return of the Ricktatorship. But to strike back they need to put together a force of fighters large enough to take on the Savior’s army. First off we left with Daryl (Norman Reedus) being brought back to The Hilltop after Jesus (Tom Payne) helped break him out of Negan’s fortress. But as I’m sure came to the surprise of nobody their leader Gregory (Xander Berkeley) is still a whiny, coward who refuses to go against the Saviors. He feels he already took a chance when he went along with letting Rick (Andrew Lincoln) and Co. take out one of their outposts last season. But now he wants to put his tail between his legs and distance his group so as to not be linked with the attack. I’ve been a fan of Berkley ever since his days on ‘24’ and he’s typically been known for playing villains or men in positions of power but, I’ve never seen him play a guy who is such an annoying weasel. And he’s SO good at it! You just want to slap the face right off of him and tell him to stop being so damn self-centered. Thankfully it seems that although not many but some of the residents of the Hilltop offer up themselves to Maggie (Lauren Cohan) to help in their cause. 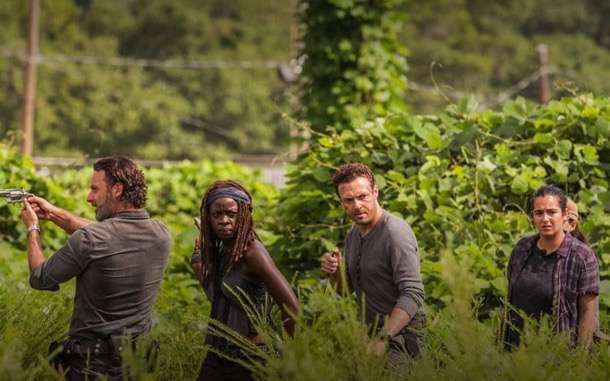 So then we’re off to the Kingdom because Jesus wants to introduce them all to King Ezekiel (Khary Payton). Well we know Morgan (Lennie James) is there so we’ll get a reunion from the post-Negan fallout! The funny thing is when Tara (Alanna Masterson) sees Morgan first on the Kingdom grounds she gets emotional and goes over to him to give him a hug. Then Sasha (Sonequa Martin-Green) proceeds to give him one as well and…that’s it. So nobody else cares that Morgan is okay? I know time wise maybe the editors felt we didn’t have time for a dozen hugs but everybody else just stares and like nods their heads at him? What the hell is that?! After the dramatic losses they’ve had you think they would be a little bit more emotional over seeing one of their own. Oh, but it doesn’t end there as also when they go inside and the group lets him know about all of their friends (Glenn, Abraham, etc.) that have perished at the hands of Negan. And he just looks down and says “I’m real sorry they’re gone.” I know people dying on this show is nothing new but come the hell on! I don’t expect him to fall down into a blubbering mess but something. When the characters become numb to loss it also takes less of a toll on the audience. 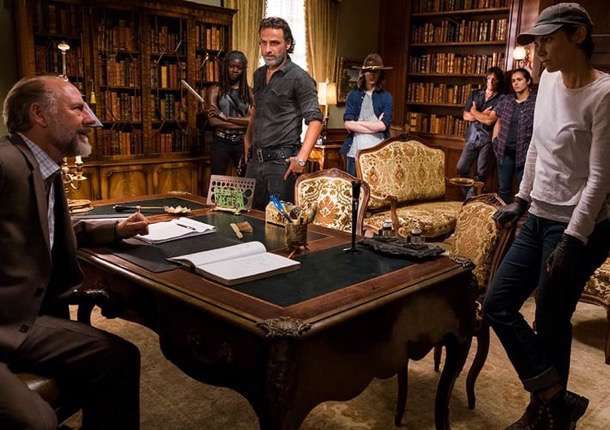 The main point of this episode though is to get the Hilltop and the Kingdom to help join them in their fight and apparently neither one of the leaders are interested. Even after Rick and Jesus plead with Ezekiel to help them he still doesn’t want to get his people involved. I really thought he was going to because it seemed like the logical reason to have The Kingdom get introduced this season. If they aren’t willing to help than what’s the point? I guess just so Morgan and Carol (Melissa McBride) had somewhere to hide out during the Negalypse. The only guy that seems to share their way of thinking is Ezekiel’s lieutenant Richard (Karl Makinen) who I think is really coming on as a strong character that I’m rooting doesn’t get lost in the shuffle soon. The only hand Ezekiel is willing to extend is allowing Daryl to hide out there because they all know the Saviors are coming to seek him out back at Alexandria. And while Daryl would rather return with the group Rick tells him to stay in an effort to maybe persuade Ezekiel in the future to help join their fight. Plus c’mon he’s gotta get wind of where Carol is, right? We all want to see that reunion. 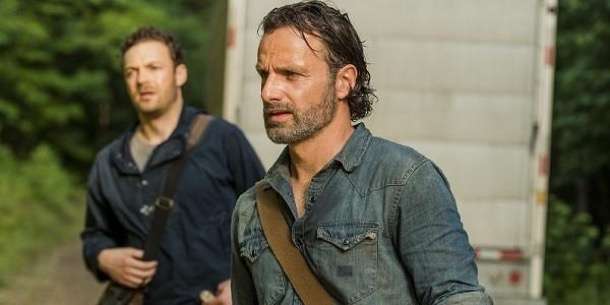 In an effort to give us at least one big memorable moment for this “welcome back” episode our Alexandrians come across a highway that has been roped off by the Saviors because somehow they knew of an oncoming herd of “walkers” and they armed it with multiple bundles of dynamite rigged to blow on a sensor. Now Rick and Sasha think ahead and decide they should take the explosives so they can use them as retaliation against the Saviors later. Good thinking but just as soon as they get the idea they hear over the radio that Jesus stole that the Saviors have discovered Daryl is gone and they have to hurry the hell up to take the EXPLOSIVES down and get back home! It’s just so great to see the group working together on something again! But we still have to be left with some carnage so the writers came up with driving the two cars holding the rope right at the herd at full speed. As the rope cuts through several hundreds of them it’s just the bloodiest game of limbo you’ve ever seen. Ah Robert Kirkman and Co. You guys are swell. 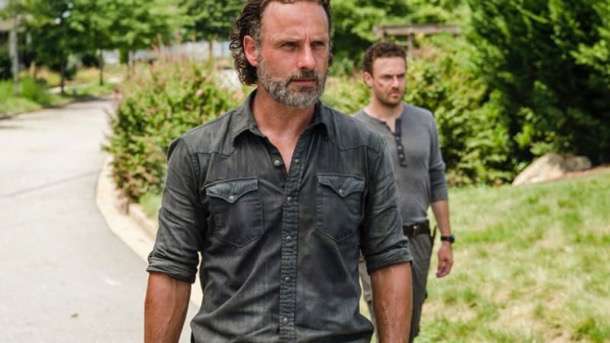 Luckily they make it back in time just as Negan’s goon squad shows up to look for Daryl which we all know they won’t find. So they made it back, with the dynamite but unfortunately with not much else. After the Savior’s leave their focus turns to a new surprise as to where the hell did all the food go? And one Father Gabriel (Seth Gilliam) is missing as well. With the assumption the two are connected they go to search his house for clues and the only thing he left behind is his bible with the words “boat” written in it so I guess it’s back to the lake filled with zombies! When they get there as they follow what they believe are Gabriel’s tracks they are all of a quiet sudden surrounded by dozens of people with weapons and not a smile on their face. But even as they are surrounded and in another bad situation Rick Grimes forms a smile on his face. I think he’s found some soldiers to join his army. 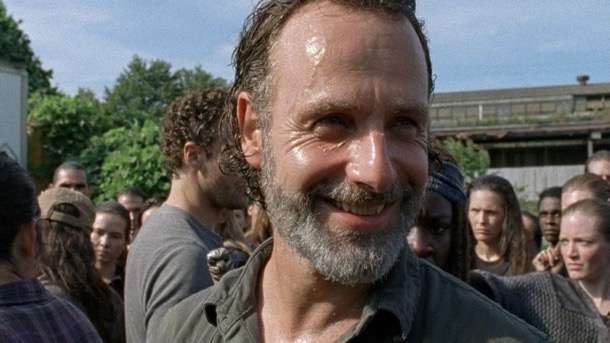