The Walking Dead is one of the most popular shows on television, there are few other series that viewers must watch in real time. That’s saying something in the age of binge watching and DVR and the variety of other technological devices we use. With that popularity, there is bound to be backlash and The Walking Dead… It found its fair share last season. 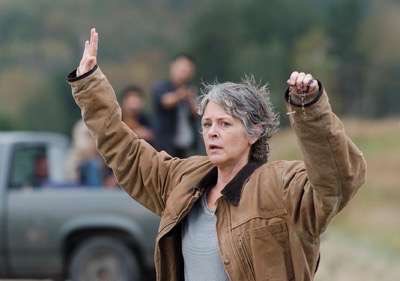 The Walking Dead: The Complete Sixth Season is out now on Blu-ray and it feels like the last three minutes of the series finale has overshadowed the entire season. If you don’t know, The Walking Dead pulled a “Who Shot J.R.?” and didn’t tell viewers who Negan (Jeffrey Dean Morgan) killed in the finale. I kind of saw it coming to be honest and halfway through the episode said, “Oh… They’re not going to… Yep, they did.” After teasing a major character death for pretty much the entire season, the finale felt like the rug was pulled out from underneath the viewers and no matter what the producers had to say, it felt like a sucker punch to the face. 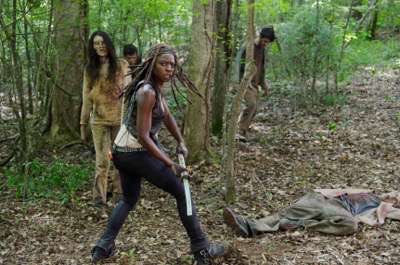 With that said the season itself was solid with some outstanding performances from the main and new cast members. Season six opens with a black and white episode and Rick is trying to lure a horde of walkers away from Alexandria. Things don’t go as planned and at the same time, the city is attacked by a group called the Wolves. Honestly, we don’t know much about them except that they’re pretty nasty and may or may not eat people. Ah cannibals, they’re so cranky! 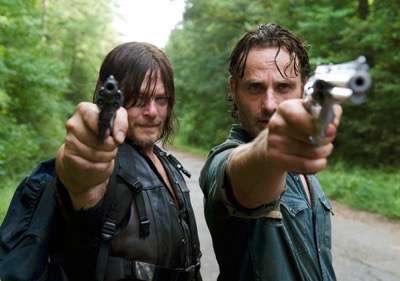 We see what happened during the attack from all sides and I do mean all. The main characters are all split up at this point and we get to see what everyone was dealing with… In painstaking detail. I was half expecting an episode about the woman with glasses who runs the armory at one point. It got to be a bit much, but thankfully the writing always kept the episodes top notch. 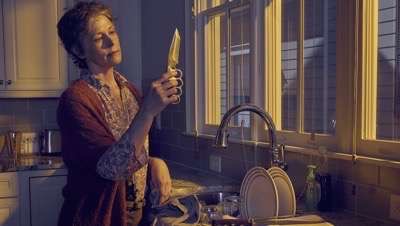 Morgan (Lennie James) also got his character fleshed out a bit more with a special extended episode where we learn what happened to him since we saw Morgan last and a bit worse for wear. It also helps explain why Morgan and Carol (Melissa McBride) are at odds. The amazing Melissa McBride who is just stunning, has one episode with Maggie (Lauren Cohan) that is quite possibly the best hour of television to air in 2016. Her performance is award worthy. 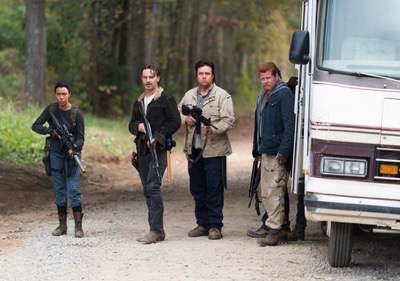 Sasha (Sonequa Martin-Green) and Abraham (Michael Cudlitz) start to move on from their losses and soon realize that they have feelings for each other. And speaking of feelings… Rick (Andrew Lincoln) moves on quickly from a shocking series of deaths and realizes that love might be right under his nose. 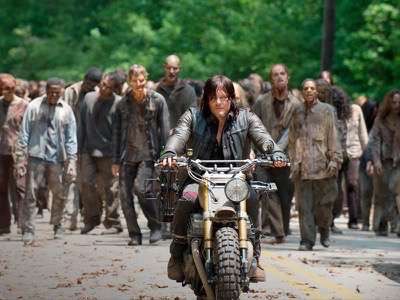 However, the whole season felt like almost a placeholder for the big reveal. Negan gets talked about for a number of episodes, his people get killed, retaliate, etc… and it really felt like the season was building to that one big moment that never came. This is the main reason fans were so upset. You can’t build something up over the course of a season and then not give fans the payoff. It’s unfortunate because there are some really stellar character moments this season and we see characters like Carl (Chandler Riggs) take on more responsibility and grow even more. 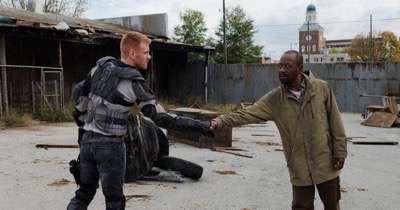 The Walking Dead arrives on blu-ra in an excellent transfer thanks to the folks at Anchor Bay. The color palate is excellent and the series looks stunning in high definition. Compared to the broadcast version, this gives the picture quality a theatrical feel and is leaps and bounds over what you see when the show first airs. The details are sharp and crisp with little fallout, it really helps sell the post-apocalyptic nature of the series. You can see each rip in the characters clothes, the gore of the walkers and in the close ups the details are wonderful. 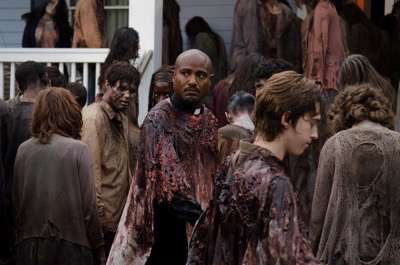 Audio Commentaries – In total there are seven commentary tracks for select episodes with the cast and crew. They are worth a listen with the actors especially telling stories from the set and talk about character motivation.

The Making of The Walking Dead – This is a series of 16 short making of segments that I believe were shown on The Talking Dead previously.

In Memoriam – This is a great featurette saying goodbye to everyone we lost this season.

Out of the Quarry – This is a look at the big sequence with the walkers in the quarry and shows some behind the scenes footage.

Guts and Glory – This is a short look at Nicholas who died this season and his relationship with Glenn.

Strength in Bonds – An eleven minute featurette that showcases the different relationships of the characters this season and how they are evolving.

Negan: Someone To Fear – This has the cast and crew talking about the coming of Negan.

The Face of Death: Iconic Walkers of The Season – This is a look at the best walkers in season six and how the effects were done.

Deleted Scenes – There are about nine minutes of deleted scenes.

The best feature is the finale’s extended episode. It has extra character moments and the swearing isn’t edited out which is great.

Overall, I have loved every season of The Walking Dead. It’s such an amazing series and the cast is impeccable. While I did feel like this season suffered a little and was focused too much on the build up of Negan, there are some of the best episodes and moments of the series in this season. The blu-ray version is a must own. 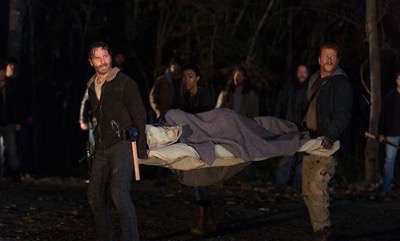 The Walking Dead: The Complete Season Six is out now on Blu-ray