As the year winds down, it’s hard for me to imagine falling in love with a film like I did The Way Way Back. Quite simply put, The Way Way Back is a film from another time, it’s a coming of age story wrapped up in a slice of life comedy. All at once, it’s a brilliant film that you need to see. 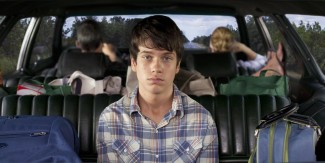 As anyone who has ever taken a family road trip knows, The Way Way Back is the window facing out from the back of the car, and this is how Duncan (Liam James) views the world. Duncan is an outsider in his own family, he’s trying to find himself and burying resentment towards his father. Duncan’s mother Pam, (Toni Collette) has been dating Trent (Steve Carell) who not so secretly isn’t the best father in the world. They are heading to Trent’s beach house along with Trent’s daughter Steph (Zoe Levin) to spend the summer together and possibly “become a family.” 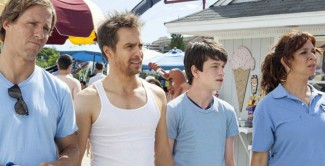 Duncan is lost and reeling from the divorce of his parents, he spends time alone and eventually runs into Owen (Sam Rockwell) who runs a local water park. Duncan heads to the water park to kill time and get away from Trent who constantly puts him down. Owen eventually takes Duncan under his wing and gets him a job at the water park. Duncan finds his place and gets out of his shell, until he sees Trent’s true colors. Trent is caught cheating on Pam and Duncan confronts him about it in the middle of a neighborhood picnic. 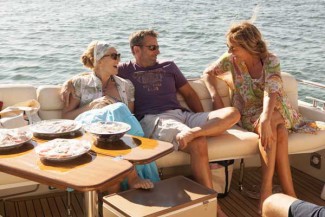 Pam eventually has to confront her own fears of being alone and see what her son is going through. She has to deal with her own emotions about Trent cheating and the fragility of her relationship with her son. 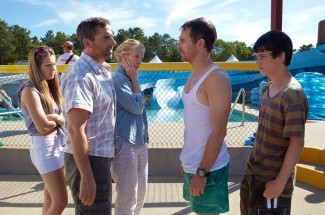 As Duncan, Liam James holds the film together with his subtle performance. You can feel and anger and sadness building up under his quiet demeanor and when he finally fits in with his group of friends at the water park he lets his inner light shine. As Pam, Toni Collette is amazing. The work she does here is Academy Award worthy. She creates this full and vivid character who at once loves her child but is afraid of being alone. This is Toni Collette’s best work since Muriel’s Wedding. 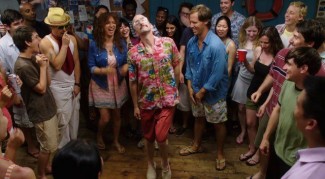 Steve Carell is equally great as Trent. Not an easy character to pull off, Steve Carell doesn’t portray Trent as a villain instead he allows rent’s true colors to slowly come out and unfold over time. Allison Janney as Trent’s neighbor Betty is a scene stealer. She’s over the top fun and is hysterical. 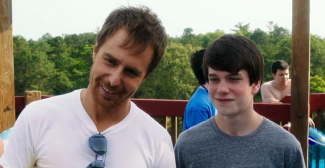 The Way Way Back is a film that I fell in love with and if you seek it out, I know you will too. It’s a quite, personal film the kind of movie that you just don’t see anymore. The script by Nat Faxon and Jim Rash is so well done and so fully formed you will instantly know these characters and also learn new things about them in the course of two hours. 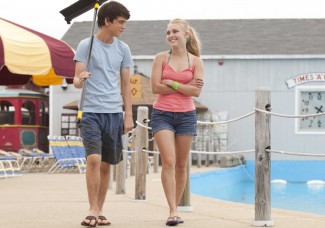 Special features include a Behind The Scenes with the Hilarious Cast and Filmmakers featurette which includes interviews with the cast and some storyboarded scenes. There’s some short deleted scenes and some short behind the scenes featurettes including a tour of the Water Park, a feature on the ensemble and one on the Filmmakers.

Overall, I highly recommend checking out The Way Way Back, it’s one of my favorite films of this year. Honestly, is such a personal slice of life film, and you really need to do yourself a favor and check it out.

The Way Way Back is out now on Blu-ray! 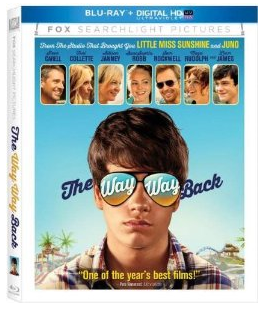