Home / Conventions • The Lovely Erica / The Weeknd signing for the Marvel booth at NYCC! First look at Starboy

Grammy Award winner The Weeknd is teaming up with Marvel on a new comic linked to his chart topping Starboy album. Although details are still scarce, The Weeknd dropped by the Marvel booth during New York Comic Con to meet fans.
If anyone thinks there isn’t a cross over between NYCC fans and music, then the size of the crowd waiting patiently for The Weeknd may be a surprise. The crowd spilled out of the booth and filled the aisles on all sides. 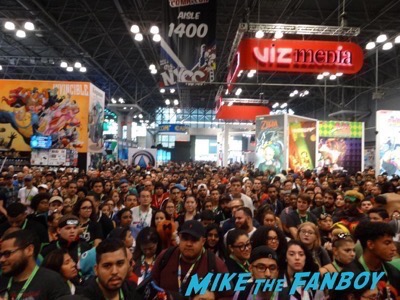 The man himself was running a bit late, but the booth threw up a teaser of the comic book cover which matches the album cover. 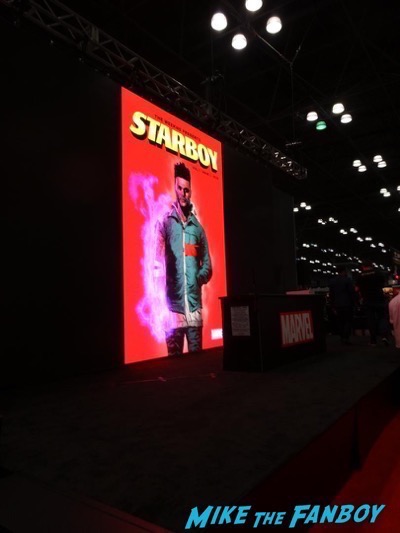 After this security detail came in to check out the situation, The Weeknd arrived and started to sign. 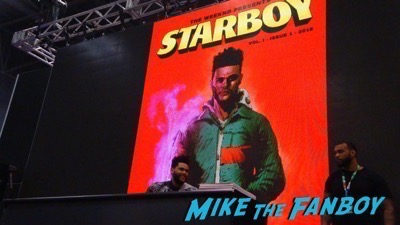 This signing had the most restrictions I’ve ever experienced. Lucky ticket holder could only approach the stage if they left their phones, cameras, bags, hats, jackets, hoodies, masks, costumes and just about everything but their lanyard behind. I’m guessing the man has some, um, enthusiastic fans if they need to have all these rules. Still, everyone was so excited to meet him. There were a lot of shaking and crying fans. He’s actually chill and personable. 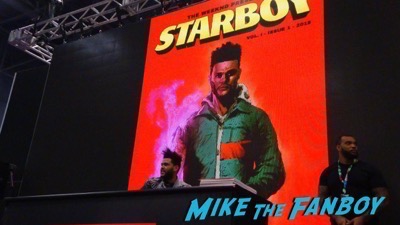 In the middle of the signing, a couple of NYCC guests crashed the line to say hi to him. At one point, the stage had The Weeknd, Todd MacFarlane (creator of Spawn) and Ta-Nehisi Coates (National Book Award winner and Black Panther writer) altogether. 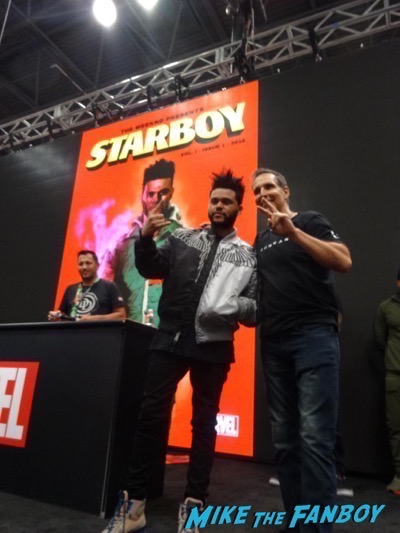 The Weeknd is headed on tour and Starboy (the comic) is targeting an early 2018 release. 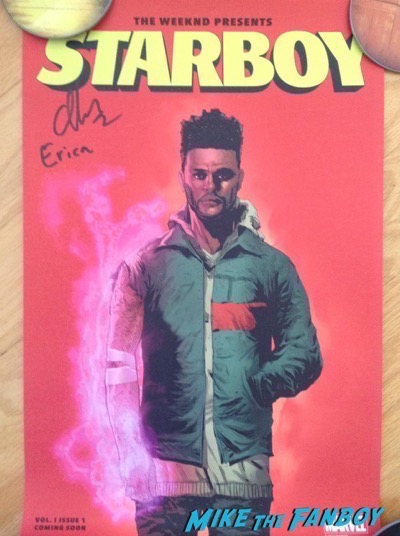