James sent in this awesome recap from meeting the cast of some of my favorite films! Shaun of the Dead… Hot Fuzz… Yep, I can only be talking about Simon Pegg, Nick Frost and Edgar Wright!

It seems the trio are all over the place promoting The World’s End. They are all awesome and they did a free signing at HMV in London!

James headed out and got to meet them! And make sure and check out James blog here!

Compared to some of my usual posts, this one is going to be pretty short, as there’s very little to say. With very little notice it was announced that Simon Pegg, Nick Frost and director Edgar Wright would be doing a signing at HMV Oxford Circus to promote their new film, and the final in the Cornetto trilogy, The World’s End. However, it was announced that there would be 250 wristbands, given on a first come first served basis at 9am. I’m not one for early starts, especially when it’d mean leaving the house at 7am, so I thought I’d pass.

But.. I was out later in the day for a different autograph related event, when HMV tweeted close to 2pm saying there were still over 100 wristbands left for the 5pm signing. I was only 15 minutes away from the shop, so went over and managed to get one. I met an autograph friend of mine later in the day who came along and said he’d just wait for me (we were going elsewhere afterwards). However, when we got there at 4.45, 15 minutes before the start, there were still 30 wristbands left, so he got one too. 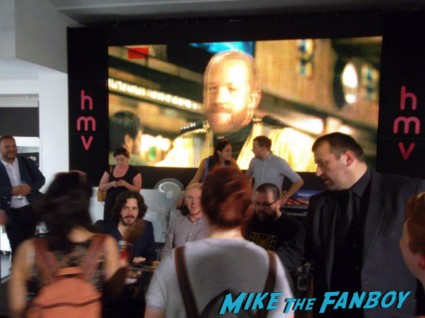 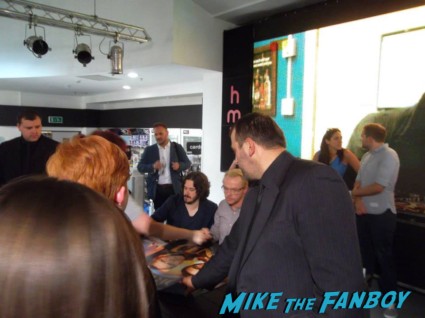 Simon, Nick & Edgar were running late, so the signing was exceptionally quick. In fact Simon tweeted afterwards apologizing for how “ridiculously” quick it all was, but said they had to get to a live TV interview on the other side of London. Those of us with a wristband were told we would get a free poster for the film, which the guys would sign. I wasn’t expecting a full cinema-board sized poster, almost as tall as me! 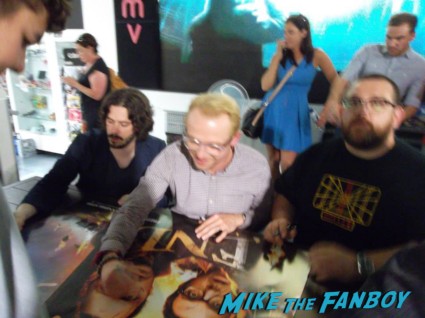 It was all very quick, but all 3 did their best to have a quick conversation with every person in the queue, which was nice, shaking hands with everyone. I told them I was gutted to miss the premiere the next day I was going away, and thanked them for organizing a signing so I could still meet them on this round of promotion. And that was it.

A signed poster that looks pretty awesome (with a really nice autograph from Edgar, much better than what I got from him when I first met him 2 years ago). 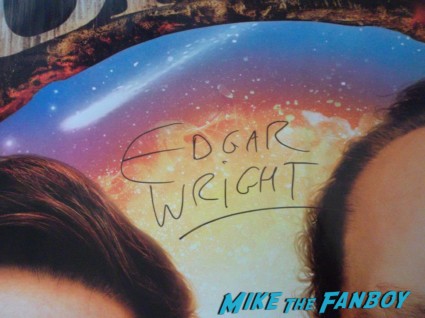 All for free, and for just 20 minutes of waiting; I wish all things could be so quick and easy. 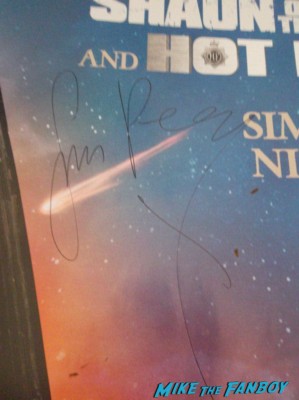 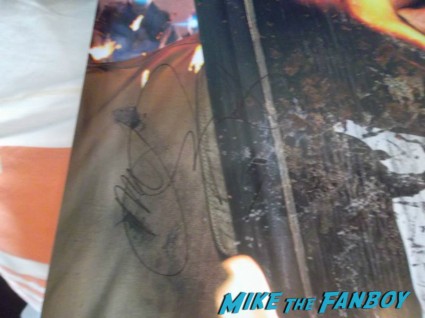 The iphone in the top corner shows just how big the poster is! 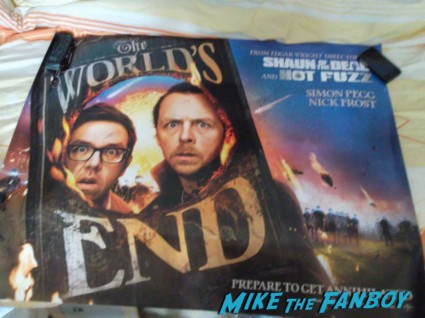 Only downside to the event, HMV really need to invest in some aircon!!