Home / Fanboying! • Marvel • Thor / Thor Star Chris Hemsworth Shows How Fan Friendly He Is By Autographing All Of CB’s Memorabilia! 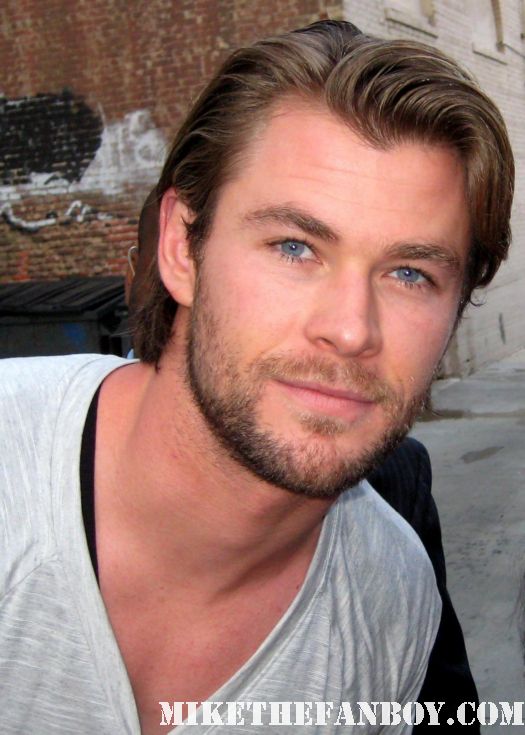 Damn, Chris Hemsworth is sure making the rounds promoting Thor these days! I mean… he’s really getting around, and promotion for The Avengers hasn’t even started yet! Today, well… yesterday Chris Hemsworth was out promoting Thor at yet another talk show and CB was out and about trying to get him to sign some Thor stuff.

I told him, wear the Thor chestplate and hat… Chris Hemsworth will totally notice you… But alas he didn’t. Scotty was there are well for Kate Hudson who did not sign. Ah well…

NANANANANAN CB, CB, CB! THE THOR MADNESS IS IN FULL EFFECT! This ASGARDIAN is ready to fight for ASGARD is any war led by ODIN HIMSELF! If you can’t tell, I am super stoked for THOR, and today, I am going for the GOD OF THUNDER HIMSELF, THOR, or as you mortals call him Chris Hemsworth. Today he was doing one of his many talk show appearances and I decided to go for him again. I had my RED THOR poster and my Thor MASK. What can I say; I am a huge THOR FAN! Also on the show was Kate Hudson… Since I’m only here for Chris, I told Scotty I would help him. FOR ODIN, FOR ASGARD!

5:00: Kate Hudson has arrived, but you wouldn’t know since she’s been in her car for over twenty minutes…Security has been holding the doors open for her

5:30: She finally heads inside, but she’s 7 months pregnant. We yell for her, but she waves and goes inside.

6:30: The clouds are moving, you can hear the thunder crackling… Mjolnir must be angry…the GOD OF THUNDER HIMSELF has arrived. He waves and signals he’ll do it on the way out.

7:00: Kate Hudson is leaving, and no one really sees her. She waves again, and leaves. Poor Scotty is devastated.

7:45: There are over fifty people here just for Chris. Security tells people where to stand and some refuse to listen. We are warned they won’t bring him over if they don’t move.

7:50: Chris leaves and comes right over. 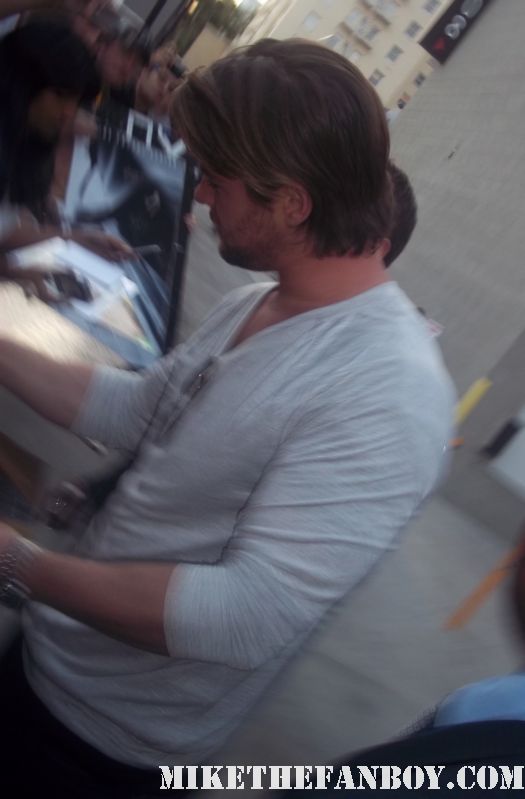 He’s publicist says only one per person, but Chris is so nice and signs anything you put in front of him. His publicist keeps rushing him, saying, “he has to go to another event”, but Chris signs for EVERYONE! What an awesome guy. 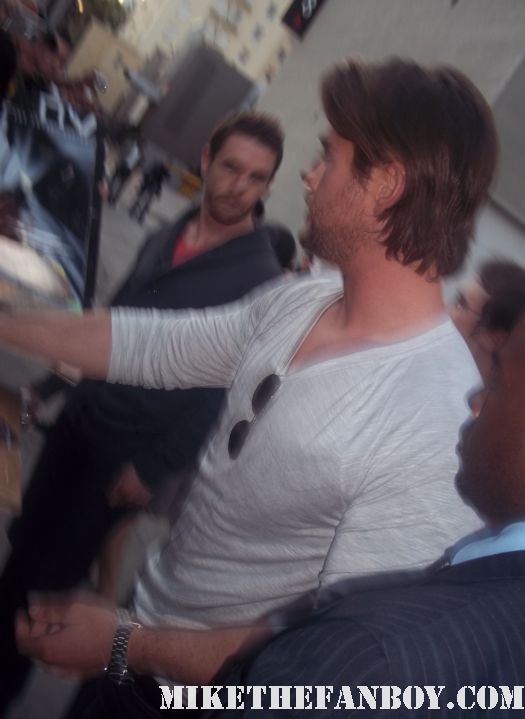 I get him on my two items and consider it a great day.

I had a great day. I came for Chris and he came over. I wanted him to sign my poster in gold, but he already started signing it before I could say anything. Who cares, ITS THOR! Anushika takes a photo with him and also provided the awesome photo of Chris. Until next time, same CB hour, same CB channel, same CB blog. KAAAAPPOOOOOWWWW! 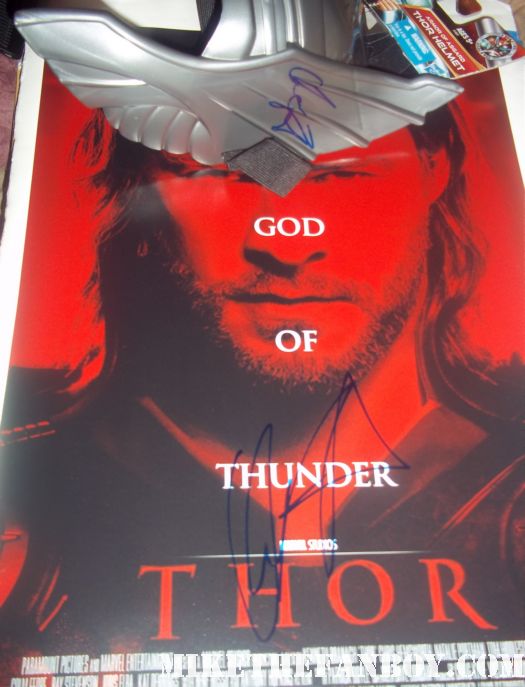