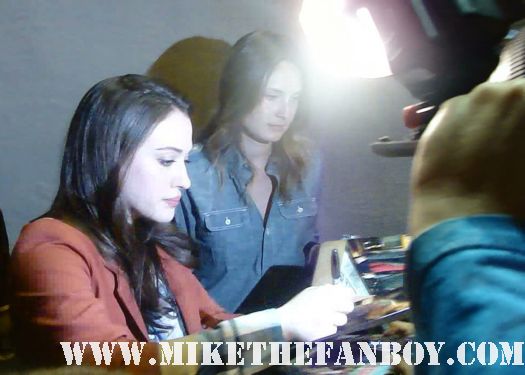 I am a huge fan of Kat Dennings, I mean huge. I know a lot of people probably are not familiar with her work, and to that I say go rent Nick and Nora’s Infinite Playlist. It’s the closest to a John Hughes movie you can get without actually having John Hughes involved. I love it! Anyway, Kat Dennings is in Thor and so she is doing the promo rounds. Also on the same taping is comedy legend Martin Short who I need on Mars Attacks and of course Three Amigos. I’ve always enjoyed Martin Short as well, so hopefully we will have a good night!

5:48 p.m. – I was running all over and am super late. Kat Dennings is already in, but her publicist said she would sign on the way out apparently. Scotty, CB, Anushika, wow, the gangs all here!

6:10 p.m. – There are about 12 people or so here, but it will probably increase as time gets shorter. I have so much stuff for Kat Dennings, my Nick and Nora’s Infinite Playlist poster, 40 year Old Virgin poster, a couple Thor things, the Complex magazine… Etc…

6:15 p.m. – Martin Short still isn’t here; I have my Mars Attacks, and Three Amigos posters for him. Scotty is here mainly for Martin Short and has his Father of the Bride laserdisc. CB printed up a batch of 4×6 photos. Sigh… 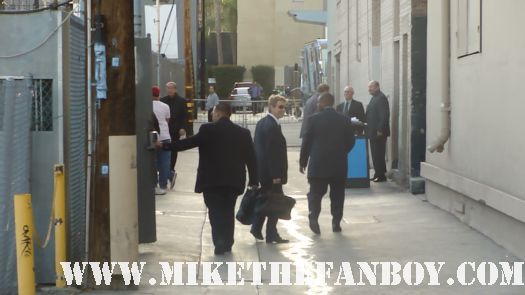 everyone yells wildly for him, and he turns and waves… And goes in… damn… 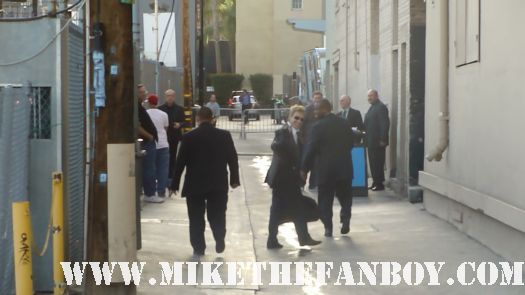 6:34 p.m. – Toys… Sigh… CB has a rolled one sheet for Thor, and keeps waving it around my face. He likes to torment me and thinks he’s funny. He’s not. In fact, I’m going to take this rolled one sheet, bend it in half and stick it straight up his ass. Just wait.

6:56 p.m. – It’s a beautiful night though. Scotty is getting all ready for Martin Short… lol…

7:22 p.m. – The show is taping! Yay! That means time is growing short… CB is now bouncing the poster on my head. I have taken it and told him he can have it back if he’s a good boy. You know, when did I become a teacher? Sigh…

Everyone calls out for her… It looks like… no she’s coming over!

She comes right over to CB and signs a poster for him, and then a photo for the girl next to me. 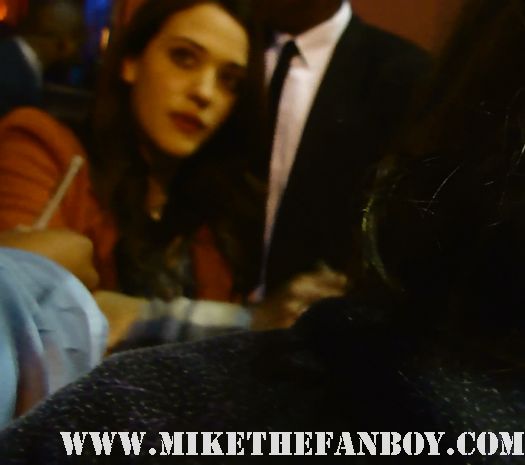 Then she switches to silver and signs a photo, and then I asked her to sign my Nick and Nora poster. She signs it… and then moves down a couple steps. 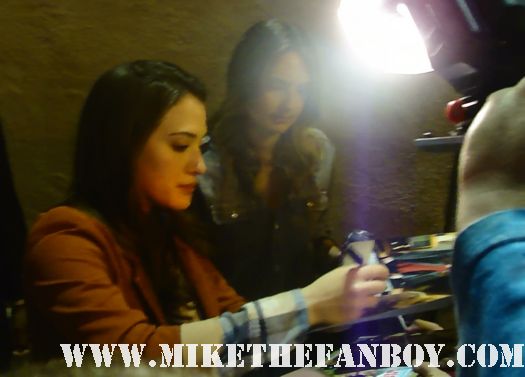 She misses Scotty and half the barricade. Then she signs a couple things on the other side, and says no to photos, 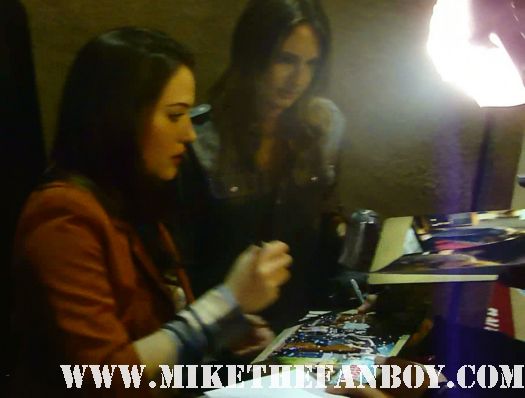 7:54 p.m. – Everyone is stunned that Kat Dennings only signed for less than a minute… Wow, I mean that was strange. Usually people will do the entire line at least!

8:02 p.m. – Oh, and there’s Martin Short… Everyone yells out for him, he looks to the side and runs in the door totally dissing us… Man, what a night! 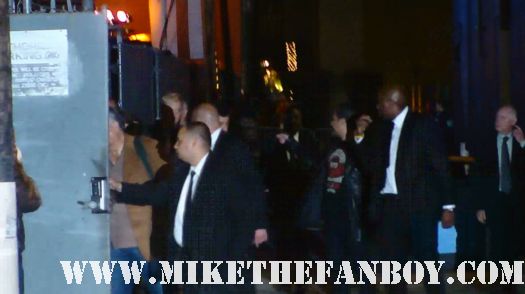 Scotty got nothing, I’m happy I got at least one from Kat Dennings, Anushika got nothing… I mean sometimes you just have to understand it’s a bad night, but wow… this really kinda sucked… lol… I’m very thankful I got the one I did and it looks really good… Man oh man! It’s a success for me, but I always feel bad for my friends when they don’t get something that they wanted, so I can’t really say it was a successful night because barely anyone got something. 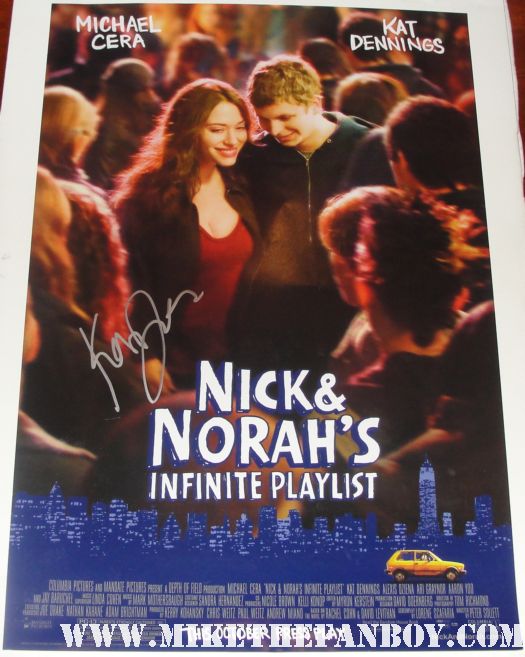