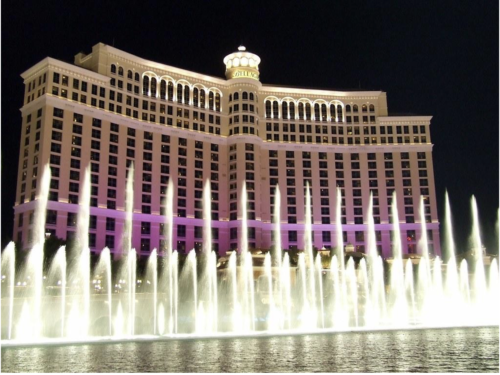 Location scouts spend countless hours scouring the planet looking for the perfect location for an upcoming movie or television show’s set. They often want stunning backdrops, amazing scenery, and iconic buildings that look fantastic day and night. One such place ticks all those boxes and more besides: fabulous Las Vegas.

Las Vegas is a 24-hour party city in the state of Nevada that is renowned for its tolerance for various forms of adult entertainment, earning it the moniker “Sin City” and making it a popular setting for television programs, literature, and films. The added bonus of almost guaranteed sunshine every day of the year makes Sin City the city of choice for location scouts. Dozens of major movie titles have been filmed in Las Vegas, which means you can visit the locations and walk in the footsteps of your acting heroes. Be sure to check out the following three Vegas hotels if you ever set foot in Sin City.

The Bellagio is one of the most recognizable hotels in the world, thanks, in part, to its gigantic building and fantastic water fountains. Built in 1998 at the cost of $1.6 billion, Bellagio Las Vegas was the most expensive resort in the world at that point. It features almost 4,000 lavish rooms and a 156,000 square-foot casino floor that is home to some of the best craps games found anywhere on the planet.

The 2001 hit Ocean’s Eleven used the Bellagio as the central setting for the movie. Various parts of the hotel and casino are used while the thieves plan and carry out their heist. The only place you cannot visit is the famous staircase Julia Roberts descends because it was removed to make way for the hotel’s Spa Tower. 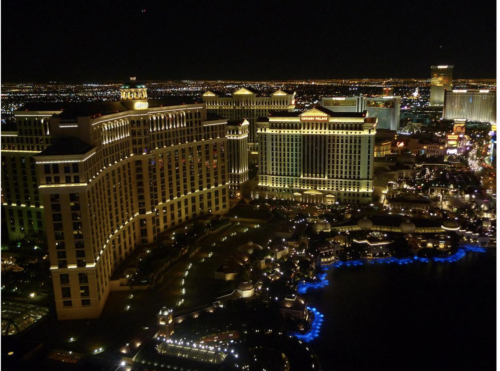 Head to the iconic Caesars Palace if you want luxury while in Las Vegas. Caesars Palace is one of Las Vegas’ most prominent and best-known landmarks due to standing an incredible 435 feet tall at its peak and spreading across 85 acres.

Caesars Palace first opened its doors to the public in 1966, and it did not take long for location scouts to put it high on their list of movie locations. Hells Angels on Wheels (1967) was the first-ever movie Caesars Palace appeared in. Since then, moviegoers have seen action unfold in cult hits such as Rocky III (1982), Rain Man (1988), Iron Man (2008), The Hangover (2009), and The Hangover Part III (2013).

The MGM Grand is the largest single hotel in the United States, with more than 6,850 rooms. This makes it the third-largest hotel complex on the planet and the second-largest complex in the U.S. behind the combined venues of The Venetian and The Palazzo. MGM Grand lights up green at night, and its gigantic footprint can be seen for miles around.

In typical Las Vegas fashion, the MGM Grand gained a reputation for decadence. It became a must-visit location in 1999 when the hotel opened a 5,000 square foot glass-sided lion enclosure where up to six lions were shown daily. The lion habitat closed in late January 2012 when the hotel owners renovated the property.

Dozens of sporting events, mostly boxing matches, have taken place at MGM Grand. In addition, several films have taken place at MGM Grand. These include the 1996 boxing comedy The Great White Hype, the final scenes of Vegas Vacation, and the 1996 cult classic Swingers, which launched director Doug Liman’s career. The hotel’s old lion entrance features towards the end of Martin Scorsese’s Casino (1995) as a way to depict the “new” Vegas that is emerging.

Tweet Pin It
Tags:Three Iconic Vegas Hotels From The Movies You Can Visit