Wait… There’s more of the Matrix coming? The original Matrix which debuted ground breaking visuals and Carrie Anne Moss is black leather was an instant classic.

Then came the sequels. I liked the second one, but the third one.. Not so much. Still I do love the mythology and the world. 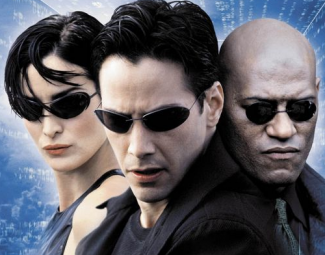 Now, according to Latino Review there might be another three movies in the Matrix mythology! The rumor is that the Wachowskis have already started turning in drafts of the proposed new trilogy. It’s interesting because The Wachowskis really haven’t had anything that topped the Matrix films. Cloud Atlas didn’t light the world on fire and the upcoming Jupiter Ascending… Well… It doesn’t look amazing.

I can’t imagine a story with Neo and Morpheus because it seemed like their story is over. A prequel could be a thing to pursue, or looking for a new one to save the world. Who knows.

This could be really bad, or it could be amazing… Who knows!