Home / JM / A Tim Curry Debacle! The Legend Of JM’s Rocky Horror Story Trying To Get His Signed Photo He Purchased!

Ohhhhhhhh, there be some drama. Don’t mess with a fanboy scorned!

JM… he had a slight issue with the latest Tim Curry signing we told you all about. Now, While I personally have never had a bad experience with anyone associated with this company, JM had a really bad experience.

So, you can read his recap below and judge for yourself.

The Legend of the Rocky Horror Hollywood Show

WARNING: The following is the opinion of our writer, JM, and does not necessarily represent the beliefs of the rest of our staff. We’re saddened by his experiences and hope our readers respectively allow him to express his frustrations-MIKE
_______________

Sometimes news is too good to be true, but you never know until you take a chance. Last November an awesome opportunity presented itself to autograph collectors: Tim Curry would be doing a Private Signing with the Hollywood Show. Now the only downside with this private signing was Mr. Curry would not be signing any personal items (posters, DVDs, collectibles, etc.) and only photos, which were available in 8×10 or 11×14, provided by the promoter.

Considering the press release mentioned, “Tim Curry has agreed to do a private signing for the Hollywood Show! This will take place this coming Wednesday on November 27th 2013. He has told us that he will NEVER EVER make a public appearance at any show. This is a ONCE IN A LIFETIME opportunity for you all,” I realized this would be well worth every penny. I decided to order two 11x14s as Christmas gifts: one for my mom and one for a friend. I picked a picture from “Clue” for my Mom and a classic “Rocky Horror” shot for my friend, which totaled $172.22 for the pair.

On December 10th I received my package from the Hollywood Show and eagerly opened it up. Covered in cardboard, the photo personalized to my mother came out beautifully, but something was wrong- where’s the Rocky Horror 11×14? Worried I immediately sent an email to the Hollywood Show’s customer service notifying them of the situation and hoped to hear back something soon since I work 60 hours a week. That was December 10th at 9:20 p.m., but I heard nothing back. Then again I emailed them on Friday, December 12th at 9:30 a.m. during a quick coffee break, but I received the same results…NOTHING. No response even over the weekend. 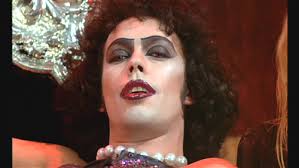 ONE WEEK LATER on December 17th I sent another email, this time to the owner/promoter plus CC’d customer service and still didn’t receive any contact. However, this time I decided to also Facebook message the Hollywood Show to see what was happening and that’s when responded: (By the way, the responses are exactly how I received them-no punctuation whatsoever)

“JOHN  your photo was delivered on the 10th will ship the other.”

“Yeah, hi John this is Dave from the Hollywood Show. If you could call me when you have a moment (sighs) You can reach me at … (his phone number)”

After speaking with Dave on his second phone call I received reassurance that I would receive my photo BY CHRISTMAS and he didn’t know what happened with my missing photo. No apology, just “I don’t know what happened.”  Later that night I sent a Facebook message thanking him for finally contacting me.

Then Christmas came and went before I sent another email at 8:23 p.m. to ask about an update. FIVE DAYS later I received this wonderful email:

In that email I even stressed the photo “was intended as a Christmas gift” and that “I had to regrettably go out of my way and purchase another gift for my friend despite having already spent nearly $85 for his Tim Curry photo (including tax).” The worst part was he didn’t even acknowledge when I stated I was “at a loss for words for the lack of customer service I have received up to this point. I’m curious, why did it take three separate emails and a Facebook message before I received ANY contact from anyone at the Hollywood Show despite immediately informing you of the discrepancy with my shipment on December 10th? At this point I would be shocked if I even receive the photo before 2014.” 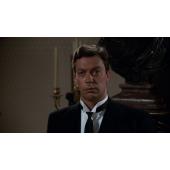 Guess what, 2014 came and went without me even receiving any updates or my signed Tim Curry photo. After three weeks of no updates or even ANY sort of APOLOGY regarding the mix-up I stressed my frustrations and closed my email:

“Again, despite my several messages and notifying you immediately about the discrepancy with my shipment I’m beyond flustered with the lack of updates and communication on your end. The most disheartening part of this whole experience was your promise I would receive the photo before Christmas when we spoke on the phone on 12/17/2013. Don’t over promise things you have no intention of fulfilling. As a common courtesy I waited until the New Year to ask for a refund, but my patience has worn out. 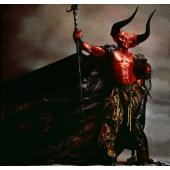 I would like a refund for my missing photo immediately as you have not fulfilled your legal obligation with our transaction. If you have any questions, please don’t hesitate to call or email me. “

The best part was when he responded 90 minutes later at 7:00 p.m. later saying he “tried” and attempted to justify the mix-up by saying “(The Hollywood Show) processed 2000 requests between the private signings with (Roger) Moore and (Tim) Curry.” Not to sound perturbed, but how is that my problem when I spent nearly $200 and you expected a large turnout? Needless to say the Hollywood Show should be ashamed with the customer service they provide or rather the lack of customer service.

My credit card received a refund of $75.00 from PayPal. Now why is when I say there is a problem with my order nothing happens, but when I ask for a refund it’s the easiest thing in the world? After waking up to this information at 6:00 a.m. on 1/2/2013 I decided to think about how to respond and this is what happened:

“Thank you so much for your prompt response with expediting my refund request. Still, I’m disappointed it took a refund request before I even received an apology and any form of effort to resolve this issue after three weeks waiting. I’m sure my readers will appreciate learning about your customer service practices. Thanks again and best of luck with your show! “

“John I said sorry before but again I am sorry.” 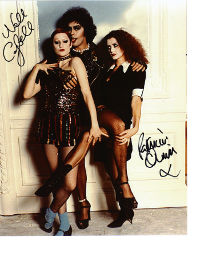 No I’m sorry…. I’m sorry I have spent money at your shows and will never again attend (or order) anything from the Hollywood Show. It’s pathetic it took a refund request to FINALLY receive an apology. The way I have been treated has been hands down some of the worst customer service I have ever received, especially considering I spent over a $170. It’s sad when the owner of a well-known show has to “step in” and address a customer service question because no one’s answering customers’ problems.  The worst part was it took a Facebook message to start the whole process, not the customer service email listed on its website.

Now I have friends who are show promoters and none of them could believe this story. Neither can I… and it happened to me! you have permanently lost a customer for life and I hope you drastically reassess the way you do business because you certainly don’t have a knack for sustaining or building a great customer base. Now I won’t say the “customer is always right” or a politically correct statement along those lines, but sometimes you need to “do the right thing” and admit when you’re wrong.  Clearly, retaining customers or addressing customer service problems are not a high priority.