Home / Fanboying! • James / James Heads To 30 Rock After Meeting Tina Fey One On One! Autographs! And More!

It’s so good to hear from James again! I feel like it’s been forever!

James had an amazing encounter with Liz Lemon herself, Ms. Tina Fey. Personally, I love Tina Fey and I’m so glad that James had a good experience with her!

In fact, James got to meet Tina Fey one on one! I love those rare moments when things like that happen!

Three years ago I was introduced to the amazingness that is 30 Rock, the NBC comedy created, starring and produced by Tina Fey, based loosely on her experiences of working on Saturday Night Live. I love the show; with the exception of Parks and Recreation it’s my favourite. I’ve been to New York three times over the past three years, and each time visiting 30 Rockefeller Plaza has been one of the highlights, and each time I dreamt of meeting Liz Lemon. Last year I even took a trip across to the Silvercup Studios, just to see where the show was filmed.

Up until last month I’d not met any of the cast, but whilst in the States I got to meet Scott Adsit (Pete) and John Lutz (Lutz) in New York, and Judah Friedlander (Frank) in Boston. But meeting Tina would be the dream. She’s not been in the UK as far as I know for five years, so when it was announced that she would be over to promote her & Amy Poehler‘s film Sisters, I knew I had to try and meet her. So much so I took a day off work to try. I’ve never done that before. For anyone.

I knew of two interviews she was to be recording, and of “an exclusive secret Q&A” she’d be doing. I just didn’t know where the Q&A was taking place. I also knew a lot of people would know about the interviews, but didn’t think they would about the Q&A, so I was pretty sure that’d be the best shot. After extensive searching online and on social media, I found a clue of the location. I decided there was no harm in having a look, as it was pretty much on my way to the first interview location. I got there, and there was, well, nothing. A nondescript building that didn’t stand out as a Q&A location, and no fans or PAs outside. After 10 minutes or so, a car pulled up and waited outside. Sure enough, after a 15 or so minute wait, out walked Liz Lemon herself, Tina Fey! With just me waiting! Meeting one of my comedy heroes one on one. I think I died inside. I’m not often starstruck, but I definitely was right at that moment. I think I babbled about how big a fan I am, and asked for a photo with her, which she agreed to. Happy James!! 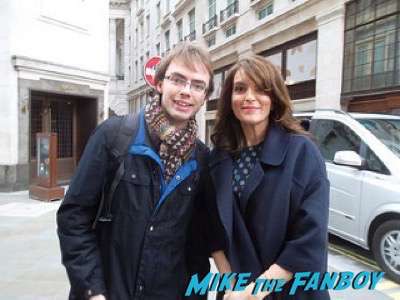 I also got my 30 Rock boxset signed, which Judah, Scott and John had previously signed. So happy, never thought it’d happen! 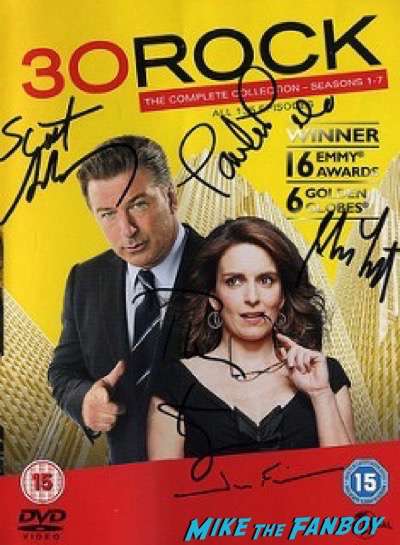 As an added bonus, 30 Rock and Saturday Night Live writer Paula Pell, who also wrote Sisters, was at the Q&A, so I got her to sign my boxset too, and got a photo with her. She also plays Pete’s wife in 30 Rock, and Ron Swanson’s mum in Parks & Rec. Pretty cool surprise! 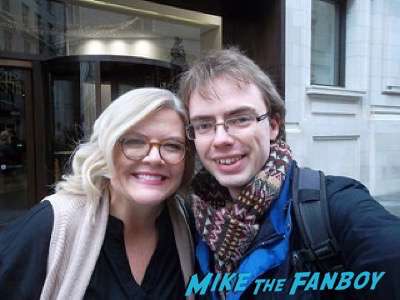 With the exception of meeting Amy Poehler in July, this is my favourite meet of the year, hands down. Since I had the day off work, I headed over to the BBC studios where Tina was due for an interview. She’d already arrived when I did, but had said she’d sign for the people waiting on her way out (the majority of people were waiting for Kurt Russell). Sure enough Tina signed for everyone waiting when she left, and I got the box of the boxset signed and dedicated. 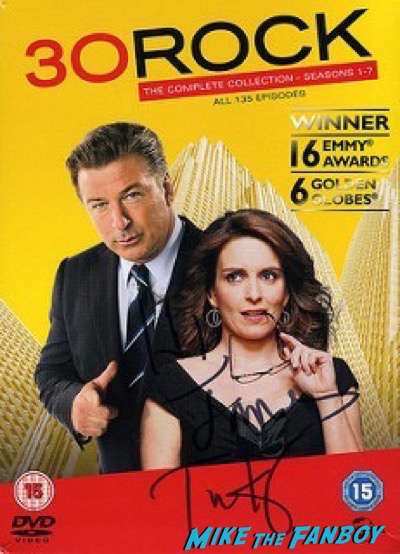 And that was that. Couldn’t have asked for a better, calmer experience. I’m still on cloud nine! Five weeks ago I sat in Studio 8H of 30 Rock, the home of Saturday Night Live, thinking “maybe one day”. Never believed it would actually happen! Lemon Out!

Check out more of James’ adventures from the other side of the pond here!