Before I head out of LA LA Land, I wanted to make sure I get this wonderful recap of the Tinker Tailor Soldier Spy world premiere that Scotty just sent in. Scotty has wanted to get Colin Firth again since the red wine catastrophe of 2011 and also Gary Oldman on his Harry Potter mini poster as well.

This was of course the perfect opportunity since both stars are in Tinker Taylor Soldier Spy! He had some great success and I thought what a great thing to get up as I head down to see the family.

Rest assured there will be plenty of Fanboying over the holidays get your appetite satiated for 2012!

Until then, check out Scotty’s report after the jump!

So, as Mike mentioned in his introduction of my “It’s A Wonderful Life” review, I have been trying to replace all the autographs I obtained earlier this year. These autographs were ruined by a wine spill. Ugh! One of those ruined signatures was from this year’s Academy Award Winner for Best Actor, Colin Firth. I made my way down to the premiere for “Tinker Tailor Soldier Spy.” I knew Colin Firth was going to be in attendance, so I was excited.

I got to the premiere and was jazzed to see only a few other collectors there. There were a number of events going on this evening, so collectors were going to be spread out tonight. This should make it an easier night than the regular fighting to get items signed. 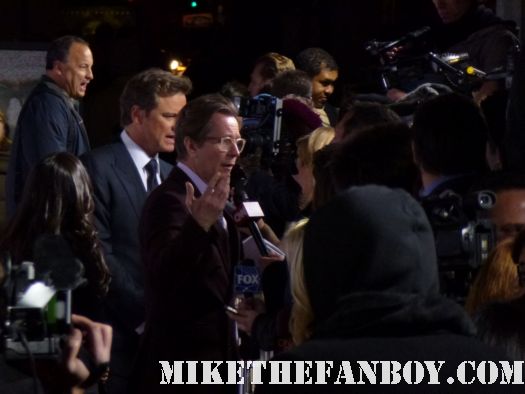 Unfortunately for me, as arrivals began, collectors appeared out of nowhere. Suddenly, this was the premiere of choice. 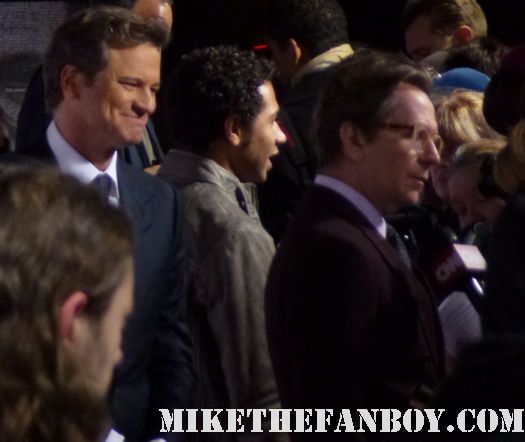 Mark Strong made his was down the carpet first. 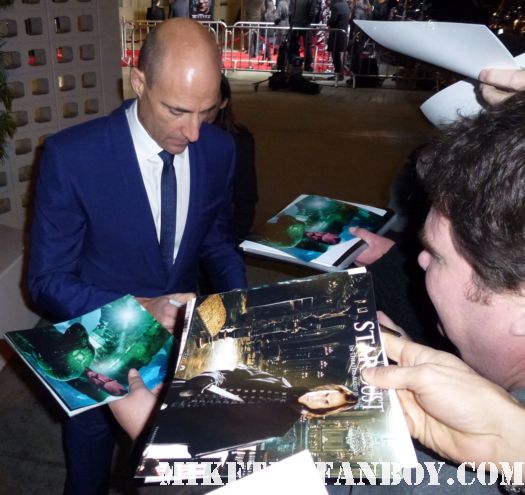 He kindly walked over to the barricade and signed. 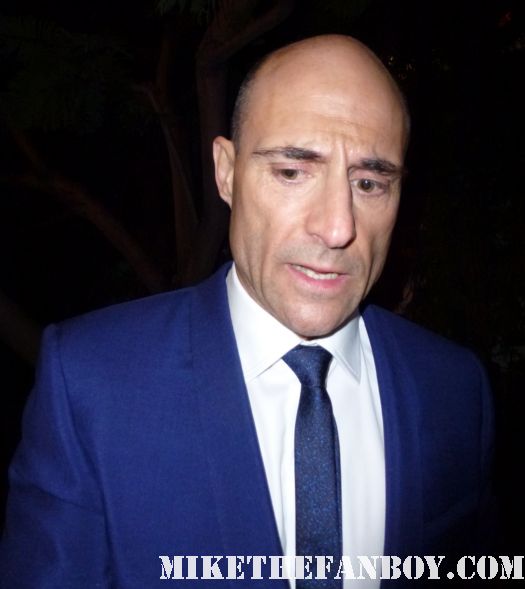 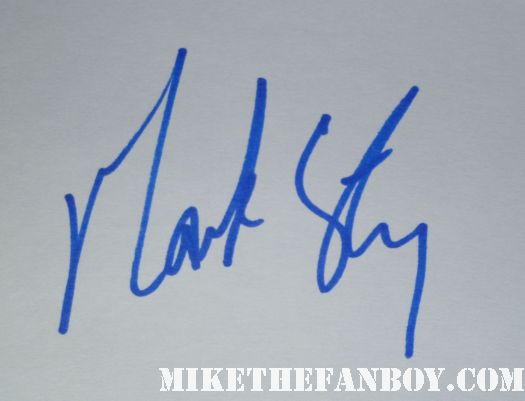 Colin Firth and Gary Oldman made their way down the carpet together. Every reporter on the carpet interviewed them both. As they neared the end of the carpet, we called to them. Colin came over first. 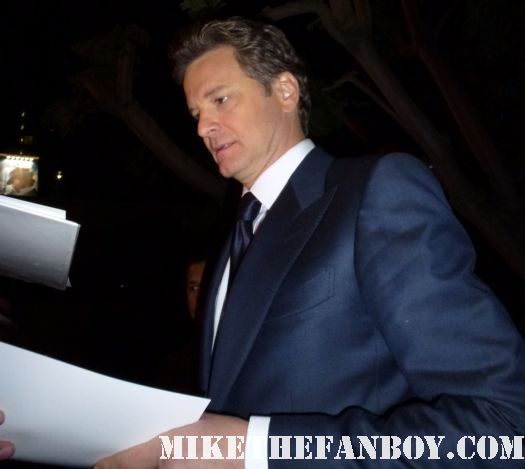 He is the COOLEST! He signed for everyone. 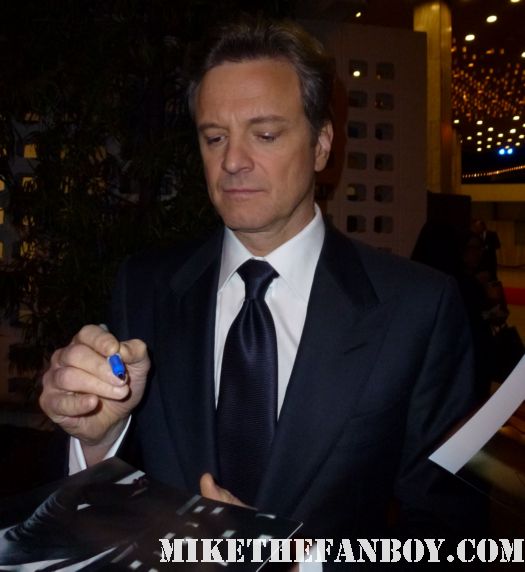 I also managed to get a quick photo with him. 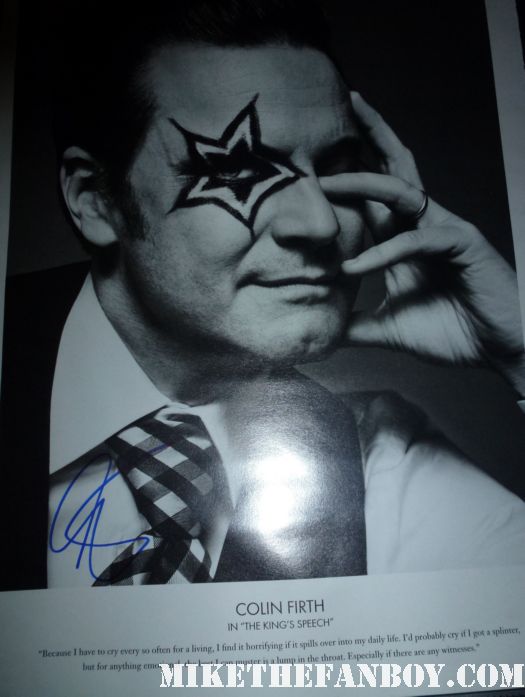 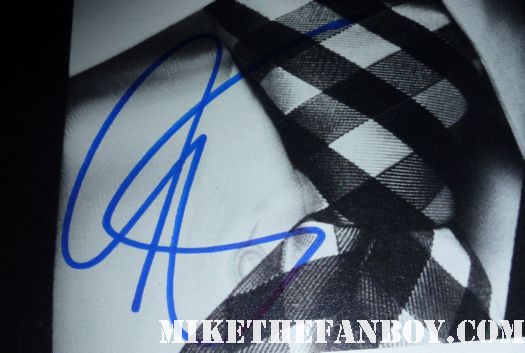 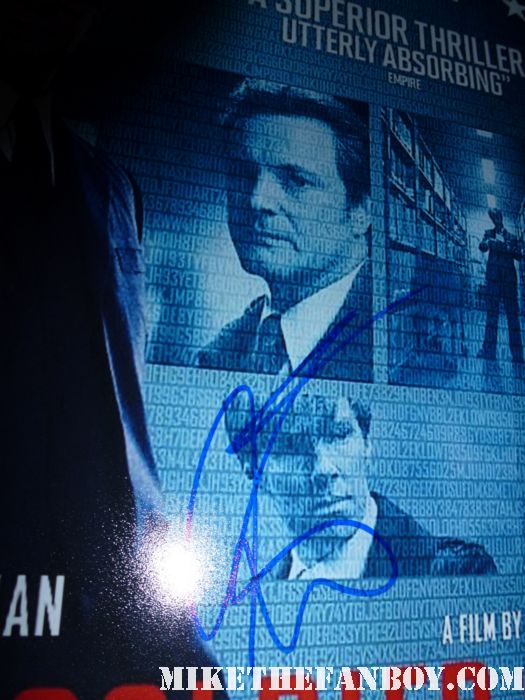 Gary was also amazing and signed for everyone. 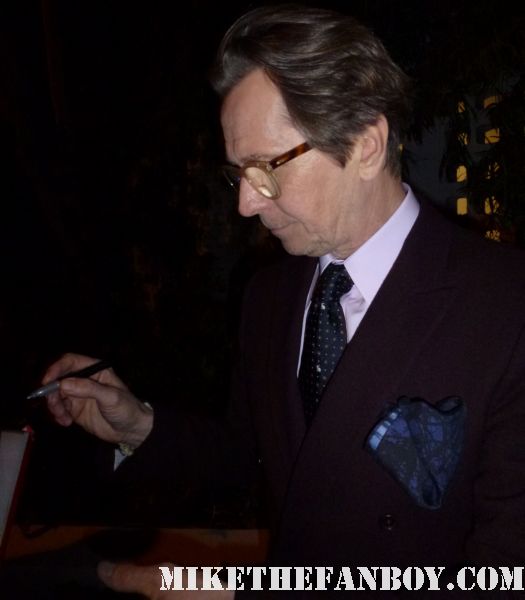 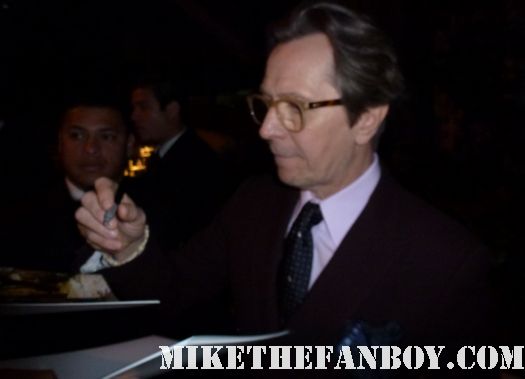 It was a great evening. Thank you to the cast for being so nice. Until next time…. 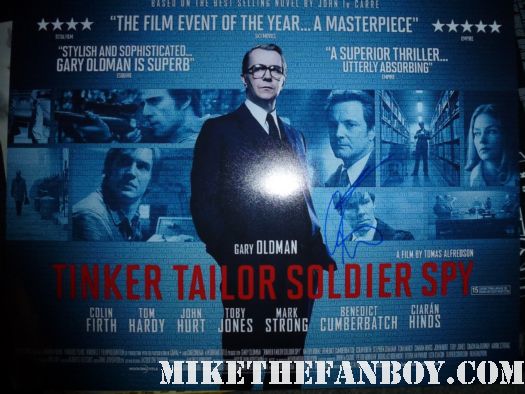 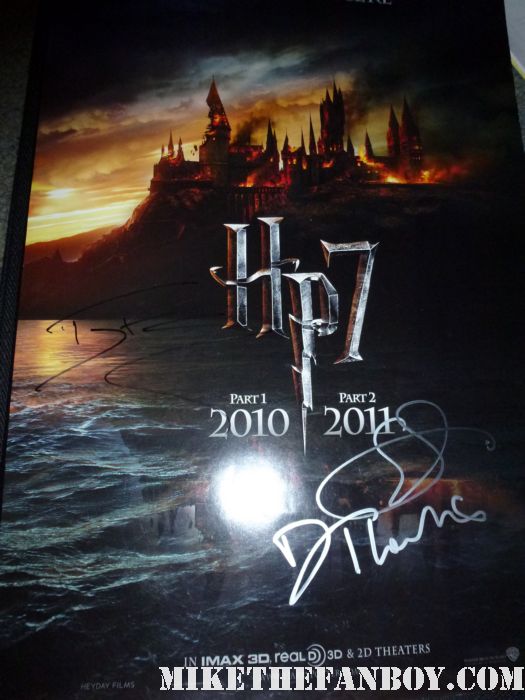 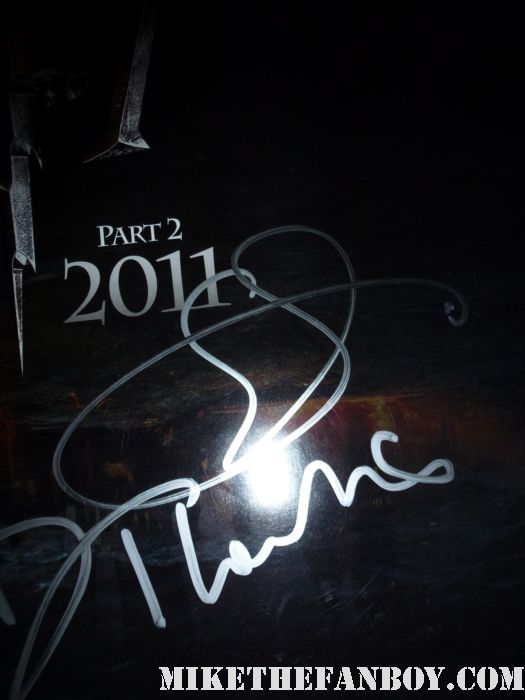