Ohhhh… aliens… Invasions… and TNT? Hmmmmm I remember the days when the only thing on TNT was baseball and colorized movies! Now the dude from E/R (no not George Clooney) is fighting aliens! Crazy times!

The Lovely Erica is out and about on the cold, windy streets of shy town, and scored a great invite to review the first couple episodes of TNT’s Falling Skies with a Q and A with Noah Wyle!
So, take a look at what our resident genre queen has to say about this new TNT series… Ladies and Gentlemen, here… is… Falling Skies!

In anticipation of the launch of the new Falling Skies TV show, there was a screening of the first two episodes followed by a Q&A with its star, Noah Wyle. 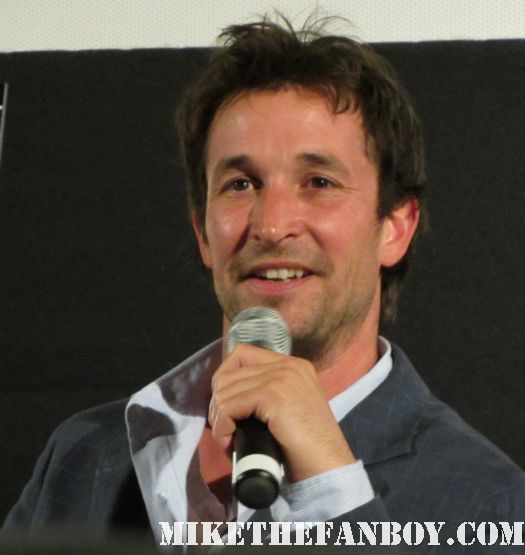 In Falling Skies, aliens have attacked the planet and have basically won. Yes, there have been a lot of alien invasion stories in the past couple of years and well, let’s say the survival rate isn’t very good. So while this is a “Martians from outer space” story, more of the plot focuses on the people who are left as they organize, try to stay alive and understand what the green six-legged creatures are up to. I think they are hoping for more Battlestar Galactica and Walking Dead and less V, The Event, Invasion, Threshold, etc…

The show begins with a nice, understated way of telling you the back story and then launches into a big action sequence that seems a bit loud. If you get past that sequence, they focus back on telling the story of the characters which is more of the focus of the story.

Noah Wyle plays Tom Mason, a history professor who is the second in command of a group of soldiers/civilians on the move. He cares for his two sons and is searching for a third who was taken by the aliens (called Skitters or Cooties). He plays a very relatable everyman who looks far too young to have a grown son (especially since the kid looks like he’s 25 so Noah must’ve had him when he was 12 – yeesh!). 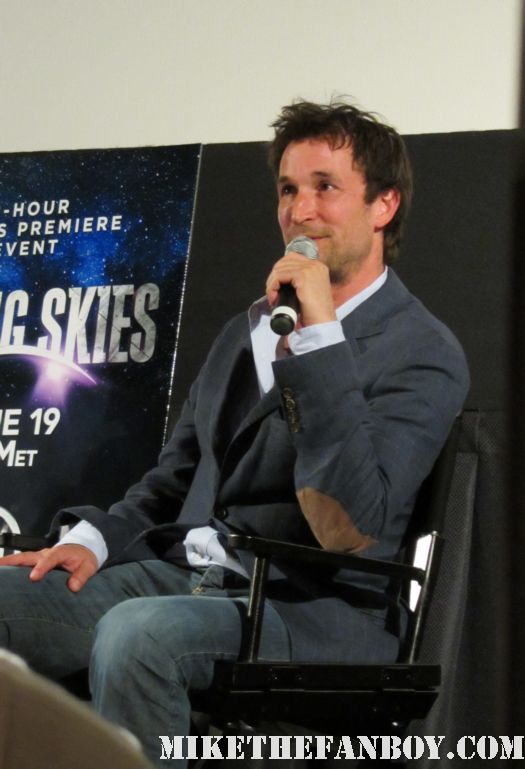 Pilots are always so difficult to pull off! It usually takes a few episodes before a show finally finds its voice and I think that’s what Falling Skies is struggling to find – the right balance between the action/aliens and the character story. And to find the right characters. Since Steven Spielberg stepped in to personally help re-shape the pilot episode, they are moving the storytelling in the right direction. Example: a few more colorful characters are introduced in the second episode. 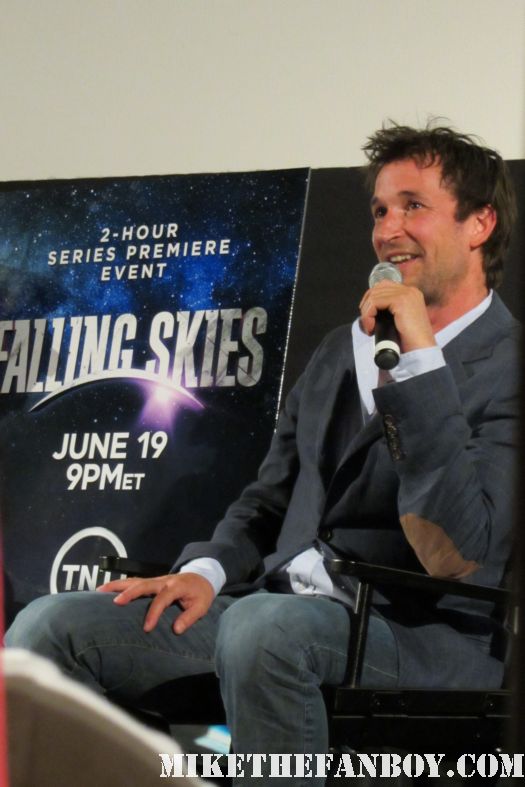 The character development is what Noah Wyle claims is the key difference between this and other alien shows. Noah was very personable and answered questions about where they shoot (Toronto) and how he choose the role (his kid preferred that daddy play an alien fighter rather than an insurance adjustor or some other roles he was contemplating). After the Q&A he stopped for one picture and then dashed out the door so there wasn’t much of an opportunity to get a moment with him. 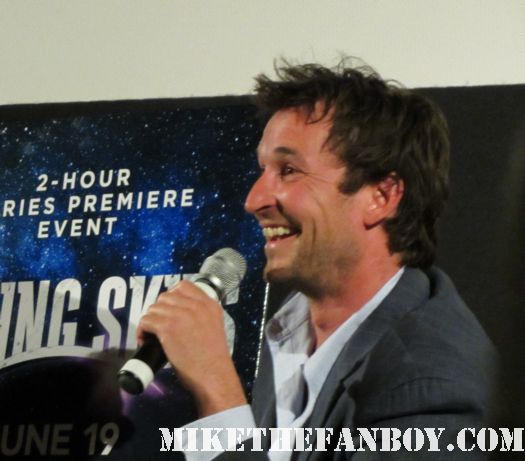 My final take on the show – it’s pleasant, but I think it’s still finding its footing. It’s not a homerun out of the ballpark, but I’ll tune in for another episode to see if it keeps building on its potential. 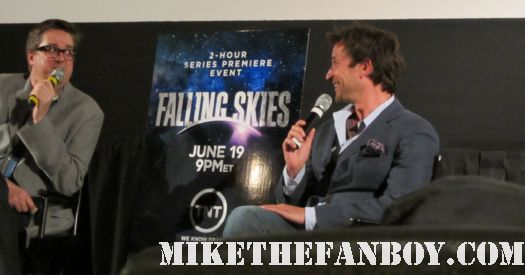