Home / Fanboying! • Q and A / Tom Hardy Q and A Madness! The Mad Max Star Bolts But Takes Everyone’s Things Inside To Sign! Awwww…

There are few actors coming up that I love more than Tom Hardy.

The dude is just plain awesome. Mad Max, Inception, and have you seen Locke? The dude is sooo good.

Last night Tom Hardy was attending a q and a for his new film Legend, and while it sold out super fast. Grumble, I headed out to try and meet him outside.

Scotty, Scott, Anushika, Suddenly Susan, and yes even Billy drove in as well. Who doesn’t love the Hardy? 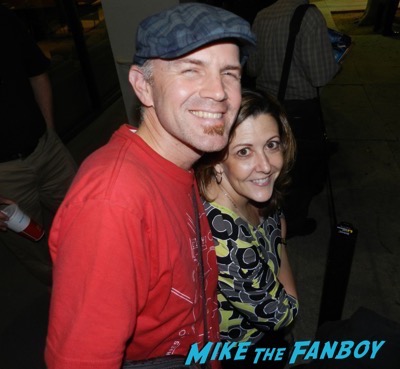 Security was being really nice and lined everyone up, there was some initial drama that happened before I got there but it seemed to work out well.

I brought a Dark Knight Rises mini poster that I already have Christian Bale, Hans Zimmer, and Gary Oldman on and a mini poster for Legend as well.

Shortly, a car pulled up and Tom Hardy raced inside. He motioned he would come over after. It was so fast I didn’t have time to take a picture. He did race to the bathroom so I think he had to pee really bad lol. 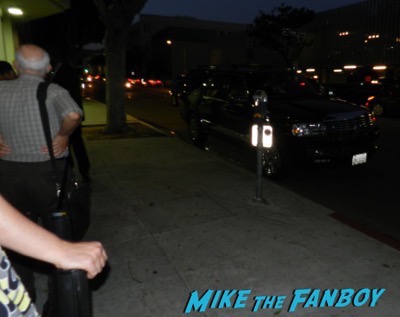 Then, Tom’s publicist came over and went down the line taking one thing each inside. Thankfully, Anushika just wanted a picture with Tom and she didn’t have anything so she turned in a poster for me. 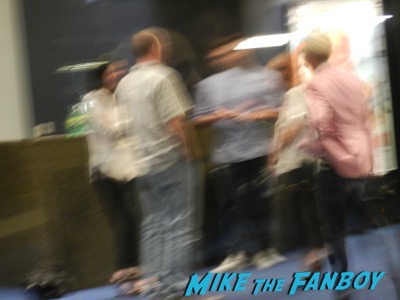 I know Scott was bummed because he really wanted a photo with Tom, but I think it was nice that he made sure and signed something for everyone. Billy even showed up super late and they took his photo inside for him. Oh, when I say Billy was super late I mean he called everyone complaining about traffic, the fact that he didn’t have his photo, and when he arrived he stormed past everyone in a huff like he wanted to kick a gerbil.

Emily Browning also arrived but she didn’t acknowledge anyone and ran inside. Doh!

Susan had the Men of Warrior book signed by Tom and it came out great! Thank God someone turned in a perfectly primed gold pen. Oh wait, that was me! ☺

Muchas Gracias Tom Hardy, That was super cool of you! 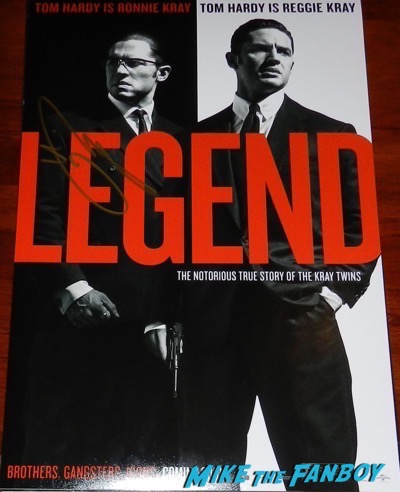 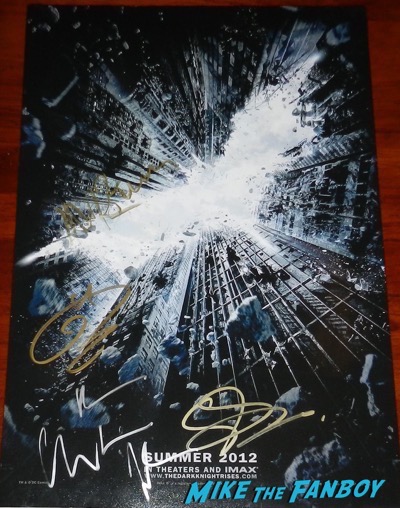