Today, it was Smallville day at the Los Angeles Comic Book and Science Fiction Convention.

Tom Welling and Michael Rosenbaum were the special guests along with Pom Klementieff from Guardians fo the Galaxy.

Suddenly Susan and I headed down along with Billy Beer who really wanted Pom Klementieff. 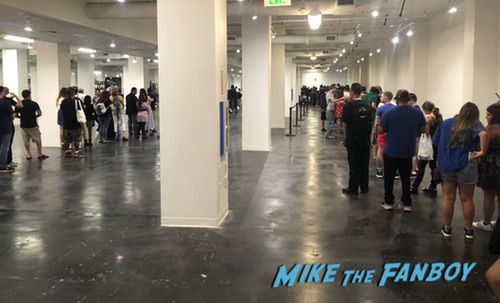 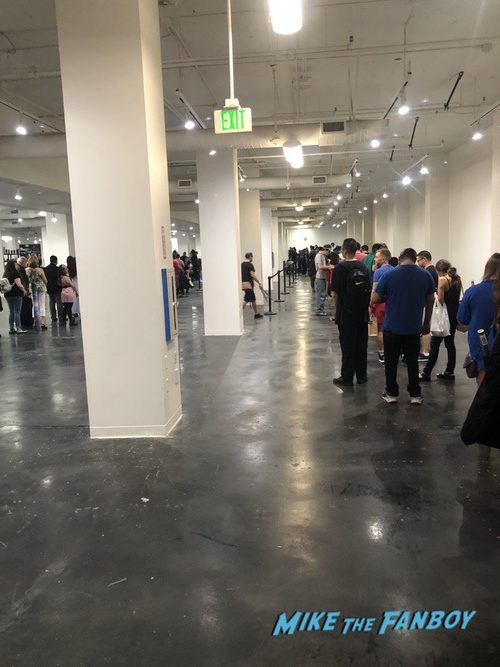 Yes, this was high end. In fact, the one vendor selling bootleg copies of Ash Vs Evil Dead season 3 was making a killing. So worth the price of admission. 13 bucks well spent. 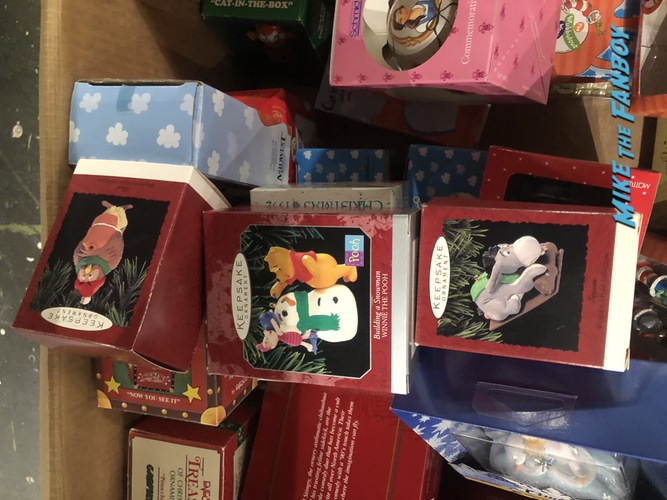 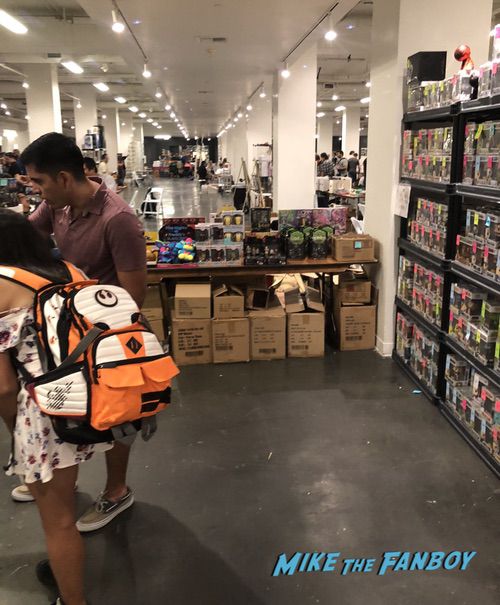 In fact the crowds were buzzing with excitement… I saw one guy milling over the booth where everything was a buck. I can’t deny it. I bought a plastic Thor cup, hey a buck! You can’t beat it!

Billy was lucky enough to meet Mantis herself Pom Klementieff, and while he might have tried to slip her, his phone number. I can’t be certain this happened and yet, I can’t deny it either.

I would have thought about trying to find a Mantis pop or a Mantis figure at the con, but I think that might have been too high end for the “Collectables” they were selling here. Ah well. 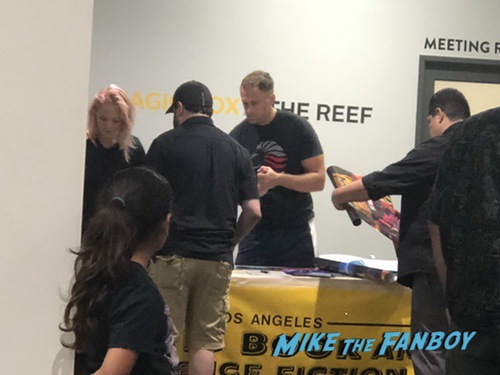 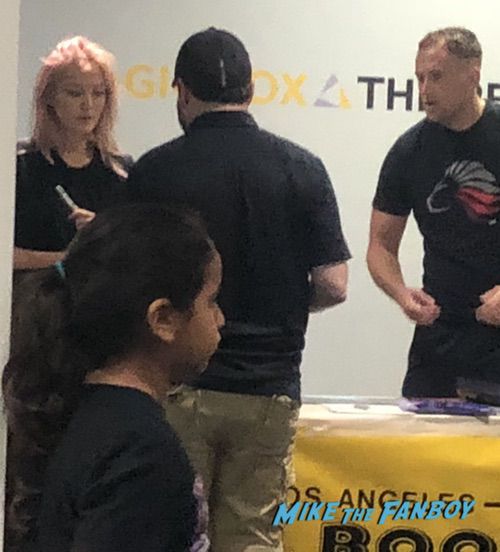 Tom Welling’s line moved fast. I had my Smallville pop, as did Suddenly Susan. 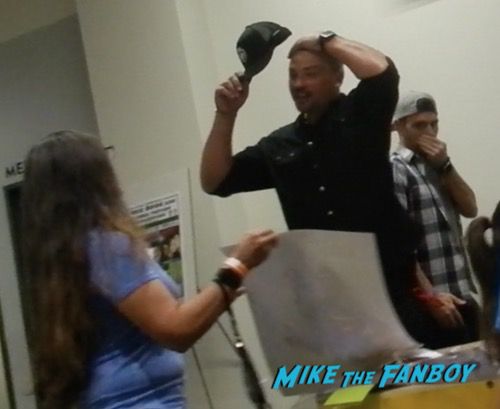 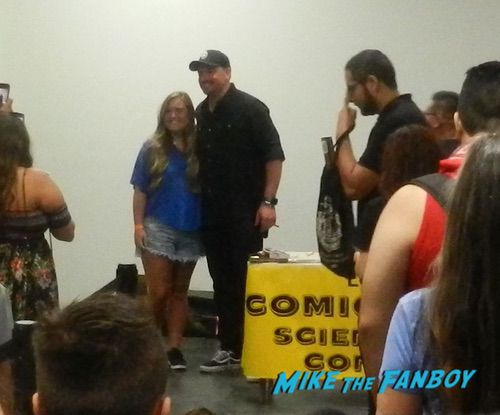 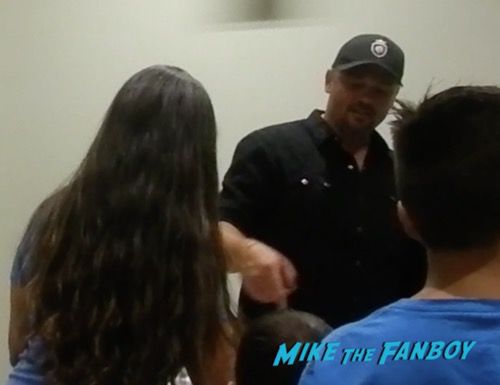 He was very nice and while the line moved rapidly, he was still giving everyone a few moments. It was pretty fun.

Suddenly Susan even got a fun photo with him, I’m sure she will share it later.

Then, we walked around.

Billy Beer was trying to haggle for a Space Jam McDonald’s toy display, but sadly ended up leaving the “con” without getting his grail. 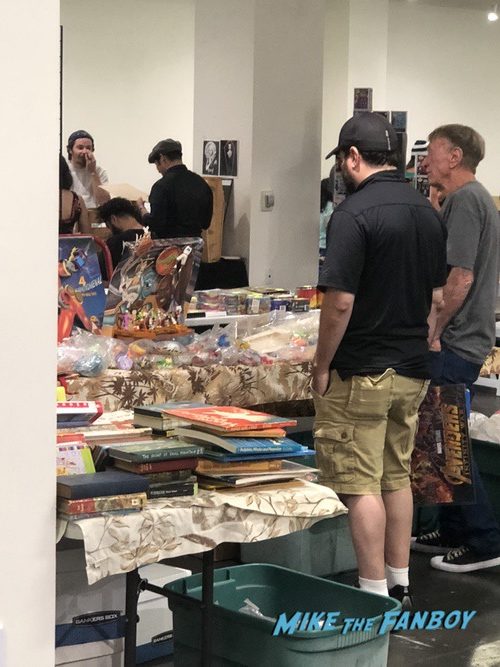 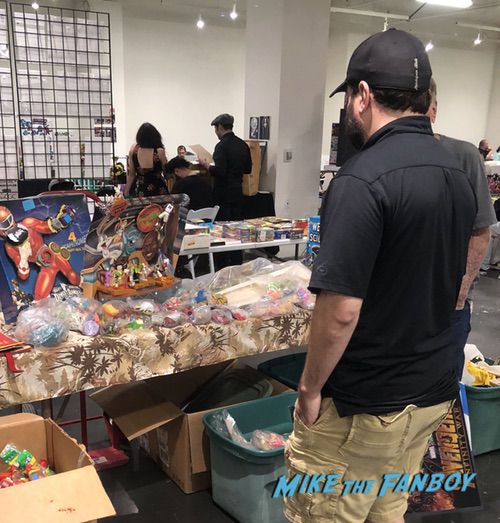 After passing the booth selling large knives and buttons with pink anime characters, we decided to have lunch.

Billy found two places. The Grinder and Dirty Dogs. I know he was excited about meeting Tom Welling, but… 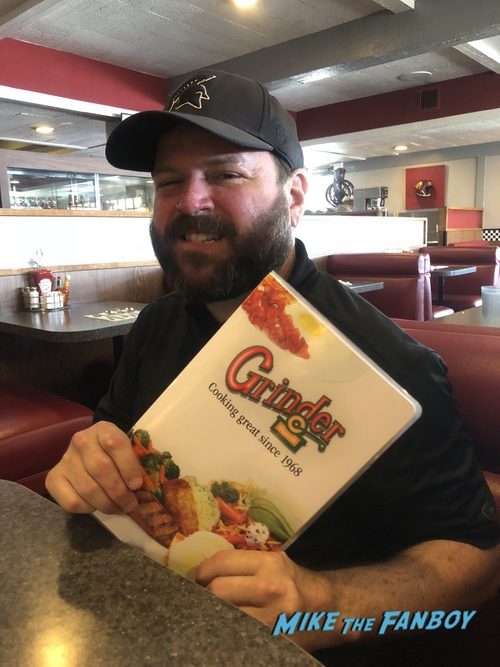 It was a fun day hanging out with everyone. 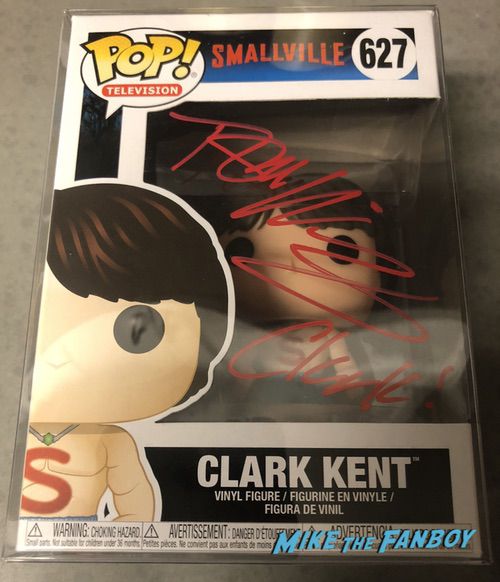