I don’t know if you saw it in theaters, but Tomorrowland was one of the most interesting films put out by Disney this year.

I really enjoyed it and it’s coming out on Blu-ray October 13th! 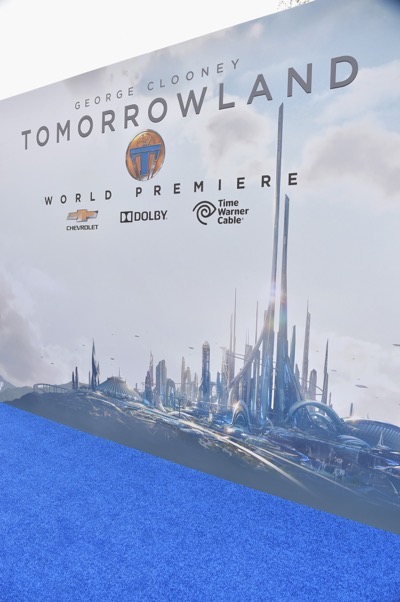 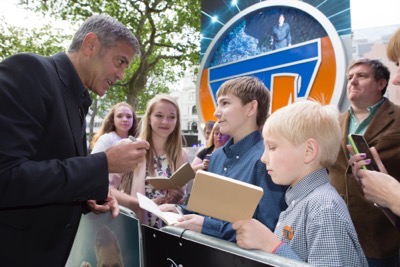 Disney Invites You to a World of Epic Adventure and Imagination

From the Director of “The Incredibles,” Blast Off with this  Family Adventure on Blu-ray™ Combo Pack,  Digital HD and Disney Movies Anywhere (DMA) October 13

A screenplay by “Lost” writer & co-creator Damon Lindelof and Brad Bird, from a story by Damon Lindelof & Brad Bird & Jeff Jensen, “Tomorrowland” will take audiences on a thrill ride of nonstop adventures through new dimensions that have only been dreamed of.

SYNOPSIS: Dreamers Wanted…Disney invites you to an incredible world of epic imagination where anything is possible. Buckle your seat belt, as the director of The Incredibles takes your family on an action-packed thrill ride.

Join former boy genius Frank (George Clooney), optimistic, science-minded teen Casey (Britt Robertson), mysterious Athena (Raffey Cassidy) and the brilliant David Nix (Hugh Laurie) in a world of pure Disney imagination. Tomorrowland transports you on an inspiring and magical journey of wonder and adventure to a place where if you can dream it, you can do it. 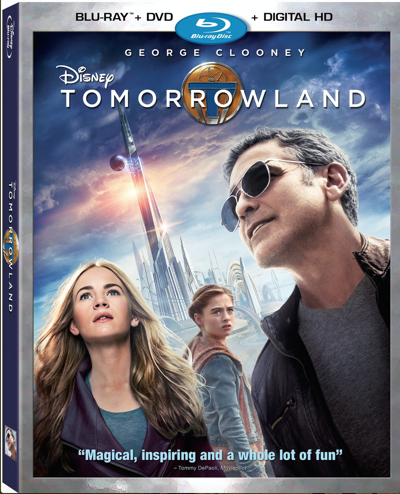 Discover everything there is to know about the making of Tomorrowland through Director Brad Bird’s perspective.
Casting Tomorrowland

Believe it or not but Nix used to host a children’s television program about science. Now watch the recently discover outtakes from the show.

Animated Short: The Origins of Plus Ultra

An animated story of how Tomorrowland came to be.

Blast from the Past Commercial

ABOUT DISNEY MOVIES ANYWHERE (DMA):
Disney Movies Anywhere (DMA) is an engaging and family-friendly cloud-based digital movie service that makes it simple to buy your favorite Disney, Pixar and Marvel movies once and watch them anywhere.  With DMA you can explore Disney’s library of over 400 eligible digital movies, discover hours of new and exclusive short-form content, and watch your digital movies from the comfort of the living room or across multiple mobile devices.   In addition, you can redeem Digital Copy codes found in Disney, Pixar and Marvel Blu-rays and DVDs, as well as earn Disney Movie Rewards points with every digital purchase.  Sign up and access Disney Movies Anywhere for free on DisneyMoviesAnywhere.com and through the Disney Movies Anywhere iOS and Android apps. Users can then simply connect their iTunes, Google Play and/or VUDU at VUDU.com/DMA accounts to begin enjoying their Disney, Pixar, and Marvel digital movie collections across platforms and devices.

ABOUT THE WALT DISNEY STUDIOS:
For over 90 years, The Walt Disney Studios has been the foundation on which The Walt Disney Company was built. Today, the Studio brings quality movies, music and stage plays to consumers throughout the world. Feature films are released under the following banners: Disney, including Walt Disney Animation Studios and Pixar Animation Studios; Disneynature; Marvel Studios; Lucasfilm; and Touchstone Pictures, the banner under which live-action films from DreamWorks Studios are distributed. The Disney Music Group encompasses the Walt Disney Records and Hollywood Records labels, as well as Disney Music Publishing. The Disney Theatrical Group produces and licenses live events, including Disney on Broadway, Disney On Ice and Disney Live!.