Album signings can be such a blast, especially when it’s with filmmakers. Recently, Milan Records released a colored vinyl for the limited series “Too Old To Die Young” composed by Cliff Martinez. To celebrate the release Cliff Martinez, writer Ed Brubaker and writer/director Nicolas Winding Refn were conducting a soundtrack signing at Amoeba in Hollywood. 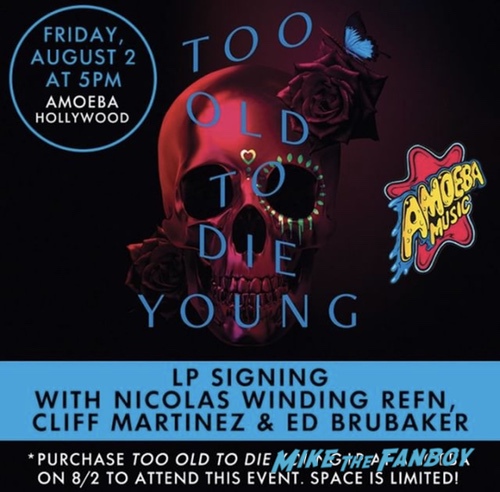 Now normally it’s usually difficult to attend Amoeba/music signings as my schedule doesn’t generally allow me to make them because of timing conflicts. In some cases, you need to be an early riser due to demand, but as I’ve learned even then some people are willing to be there literally at “the crack of dawn”- I’m still bitter about narrowly missing The Raconteurs, but that’s another discussion altogether. Regardless, it’s a matter of how much time and effort you want to put in. Still I can tell you plenty of Jekyll & Hyde stories of demand that have left me scratching my head as you never know.

Three years ago Amoeba hosted a signing with Refn and Martinez for “The Neon Demon” soundtrack and per friends who attended, they said it was a very long line. I was expecting something similar as I dealt with a comparable situation when Refn and Martinez conducted an “Only God Forgives” soundtrack signing at the now defunct (and one of the coolest record stores ever in LA) Origami Vinyl in Silver Lake. At that particular event, they did take photos and signed additional items if brought, but then again it was six years ago. Every event Refn and/or Martinez does, there is always a solid crowd.

Now probably besides Kevin Smith I’ve met Nicolas Winding Refn the second most out of any celebrity and pretty much I don’t have an item not signed by him. He’s always an amazing and appreciative artist. As luck would have it, my schedule freed up and I was able to attend just in time. After purchasing the vinyl I waited in line and will have to admit it was one of the least enthusiastic/lackluster groups I’ve ever been in…maybe it was primarily comprised of introverts? Either that or everyone was feeling hot. After all, it was triple digits. Still my gut says it was mostly the former. 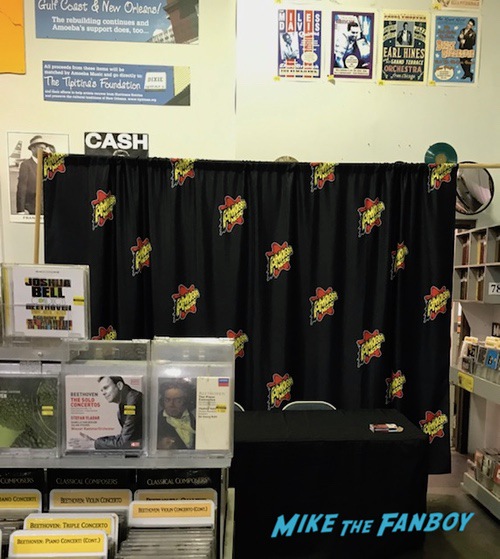 We were soon brought inside and patiently waited. Refn was the first to come out before being joined by Ed Brubaker then Cliff Martinez. They all did the obligatory item pose before meeting fans. The first fan managed to get photos and soon started a trickle down effect for everyone wanting photos. Each guest was talking and interacting with fans as much/as little as they wanted when going through the line. In some cases, either Refn or Martinez received most of the attention. 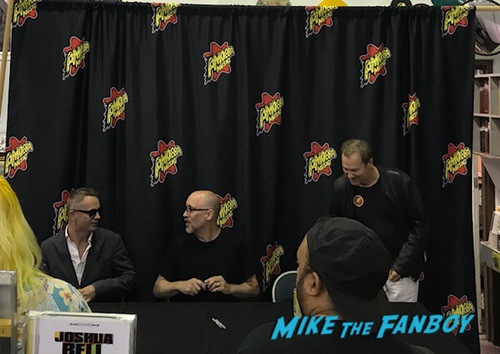 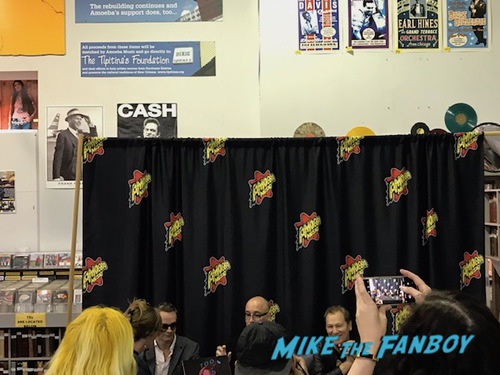 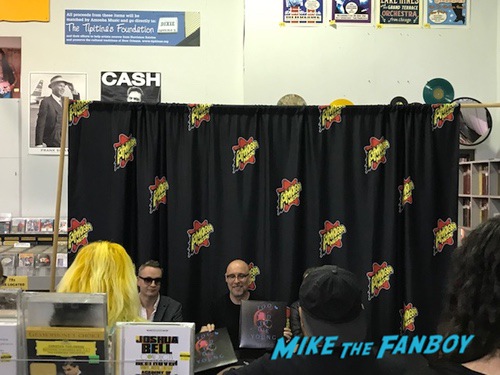 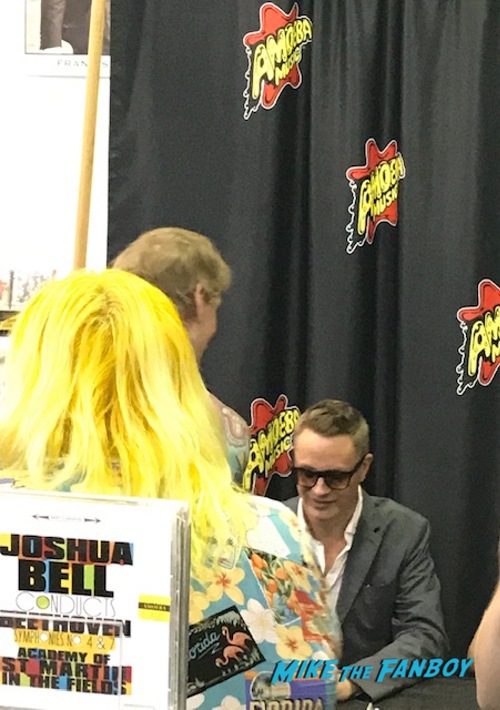 Since I previously had a cool pose with both Refn and Martinez doing their signature “fist photo” I passed on taking a photo this time as I hate awkward photos, but did have two nice talks with Refn and Martinez- sorry Mr. Brubaker. Refn loved my Ramones shirt and I thanked him for coming out. When I mentioned his wife’s film “My Life Directed by Nicolas Winding Refn” and seeing it at The Egyptian, he lit up and thanked me for the support. 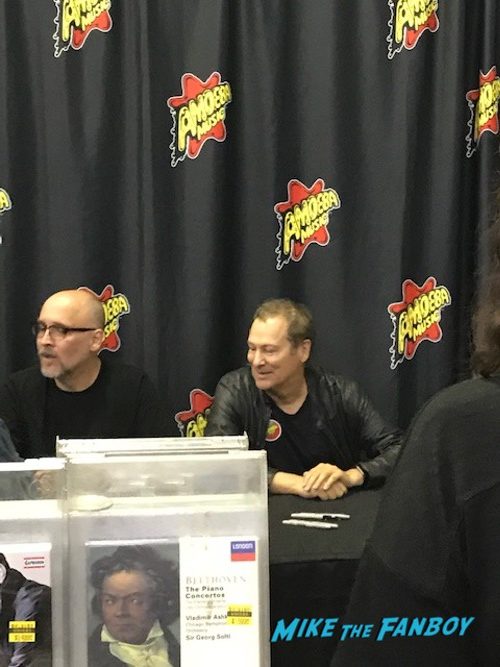 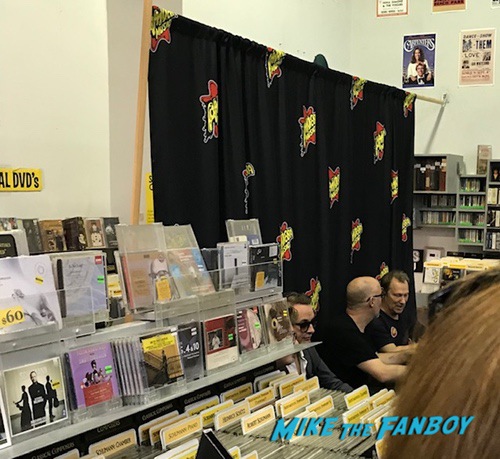 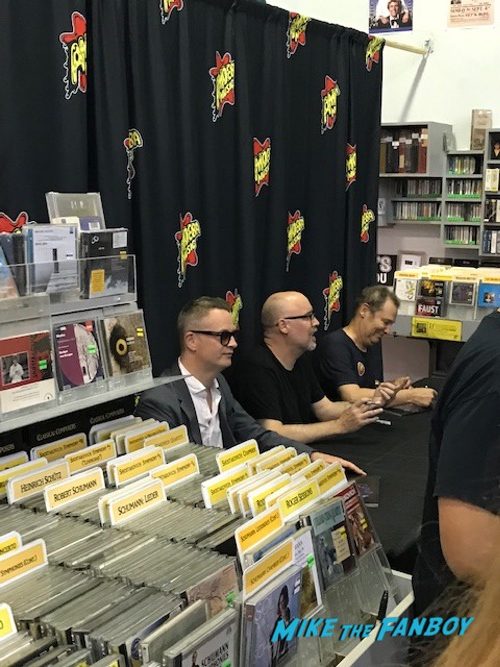 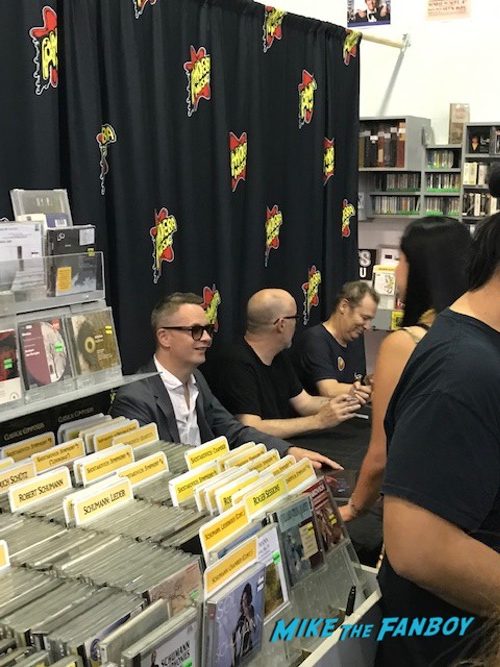 I did joke with him about meeting  him previously at Origami Vinyl and loved our pose with Martinez, which he wasn’t doing today. He joked, “I’m too old to die and do that picture, but young enough for autographs” which cracked me up. I thanked him again and shook hands before meeting Brubaker and Martinez. They were both having a side conversation about music, which I jumped in and caught Martinez’ attention. I thanked them as well for coming out and joked about different formats/completing your music collection, especially about variant vinyl and cassettes/8-tracks which left Martinez smiling. Overall, it was a killer day and again HUGE THANK YOU to Milan Records, Amoeba, Ed Brubaker, Cliff Martinez and Nicolas Winding Refn for making my day! 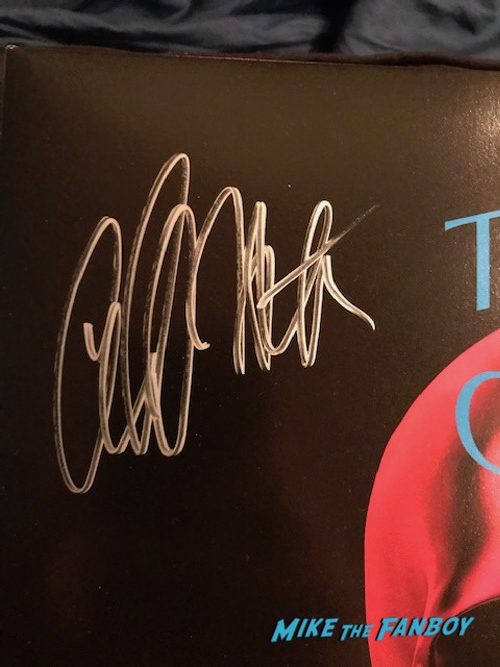 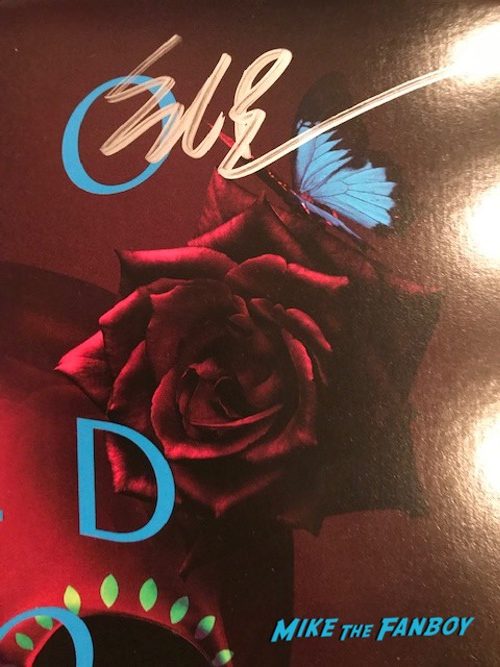 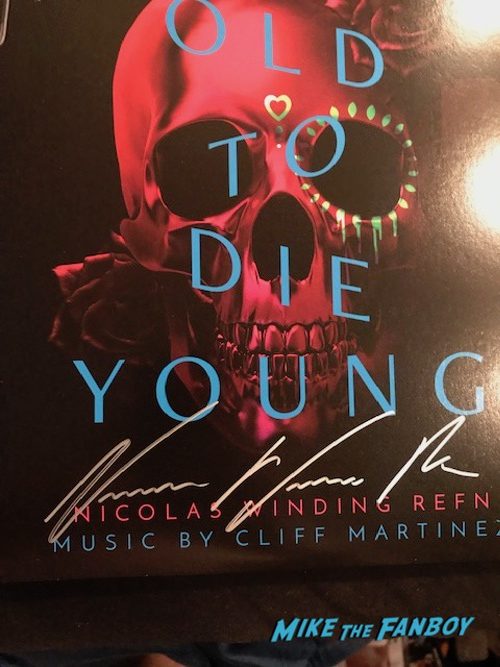 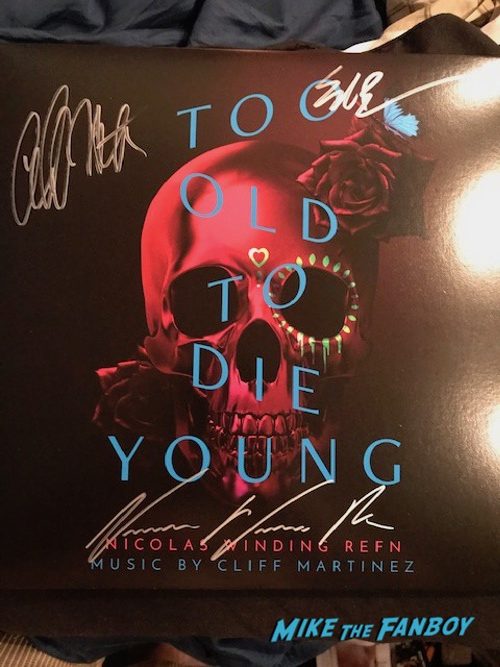