Pop Vinyls are all the rage right now, it seems like everyone has at least one, others have giant collections, I think I’m sort of in the middle with about 20-25 of the little guys.

It seems like so many Pop’s are being made it’s hard to keep up. There are limited editions, SDCC exclusives, and all kinds springing up everywhere.

I thought it might be fun to take a look at some of the most expensive Pop’s out there! 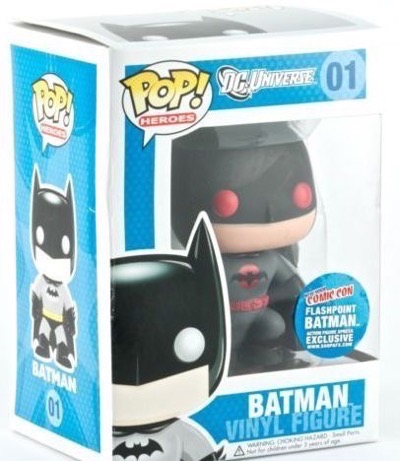 This Batman came from NYCC is 2011 and was limited to only 480 pieces. Needless to say it sold out at the con and is really sought after. It has red eyes and has the Batman symbol with a red dot behind it. 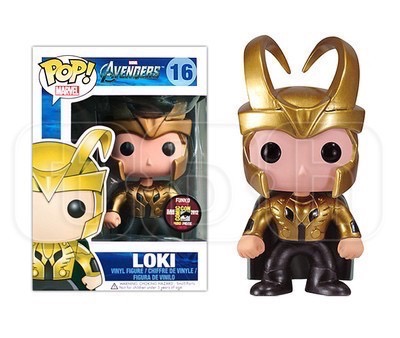 Loki is one of the most popular characters in Thor and the Marvel universe. In 2012 Funko released this limited edition varient of Loki done in all gold. It was limited to 480 pieces. 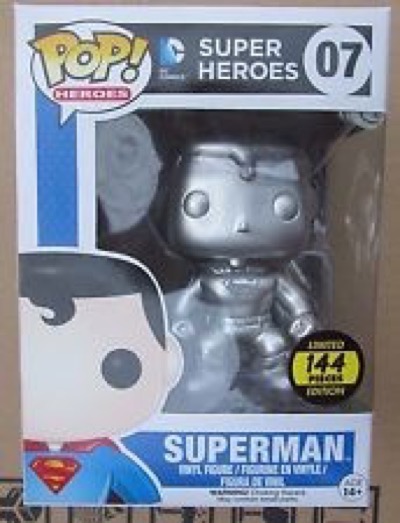 This one was a prize for Hot Topic employees and was sent to the store that sold the most pops, I believe in 2012. The figure was released in 2015 however and only 144 were released. 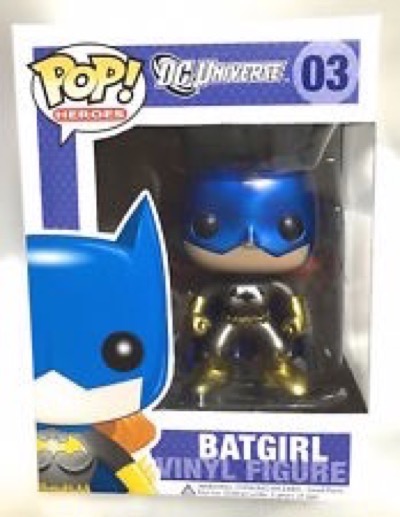 Heading back to Comic Con for their exclusives is this Batgirl Pop. She is a metallic exclusive and only 240 of these were made. 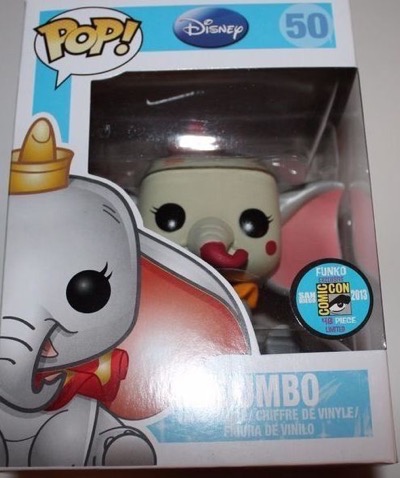 Talk about limited editions. This guy was limited to 48 and was released during San Diego Comic Con Funko Fundays in 2013! It features Dumbo with a painted clown face. 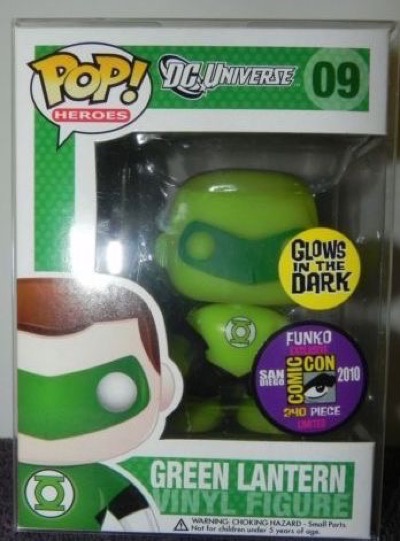 Retailing for $1,200 to 1,300 Dollars
Limited once again to 480 pieces, this glow in the dark Green Lantern was a huge hit at SDCC. It was released in 2010 and sold out very quickly as you can imagine. 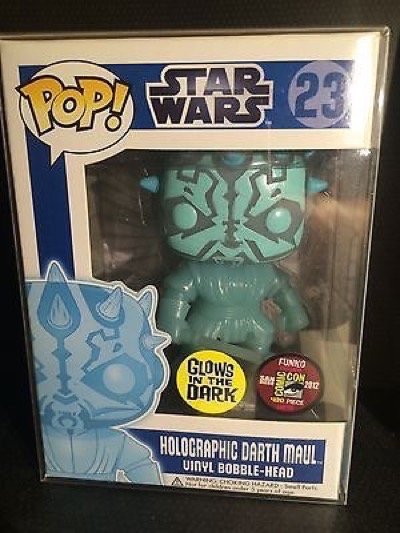 This Darth Maul was released as a San Diego Comic Con exclusive in 2012 and features a glow in the dark Darth Maul. It was limited to 480 pieces and is part of the Star Wars line. 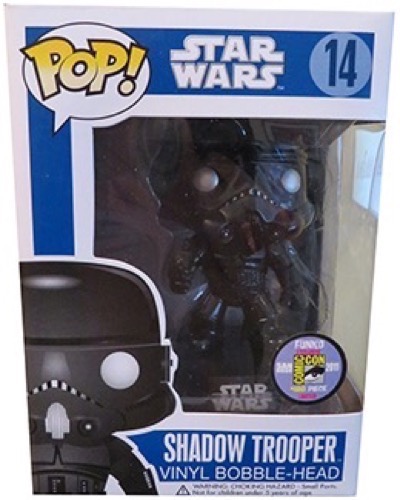 This was another San Diego Comic Con exclusive and was limited once again to 480 pieces. This is one of the most sought after Funko Pop’s because it was a Star Wars release and the low run. 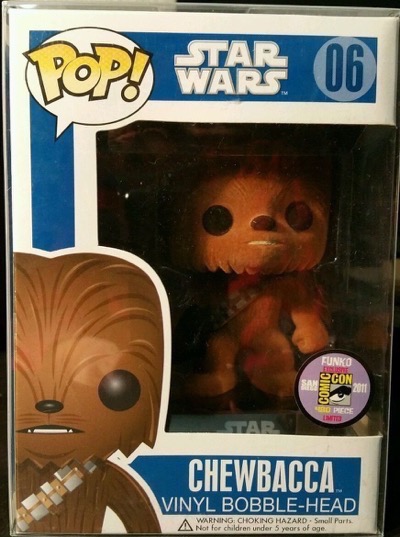 This San Diego Comic Con exclusive had a run of 480 pieces and just judging by the popularity of Chewbacca and Star Wars it was sure to be a huge seller. It’s flocked, meaning that it’s soft to the touch and very hard to find. 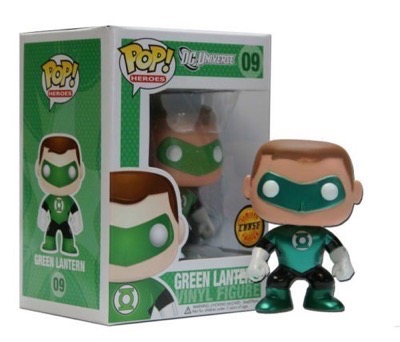 Released in 2009 this is a Chase figure, meaning that it was the short boxed figure per case and was very rare. It was the metallic version of Green Lantern and the price has gone up significantly in the past year or so. 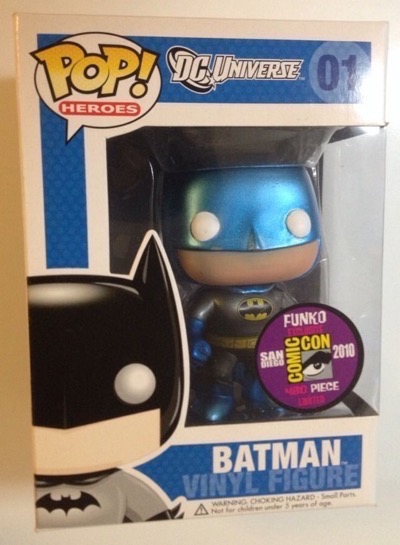 This is a San Diego Comic Con exclusive for 2010. It’s a metallic version of Batman and was released in a limited edition of 480 pieces. 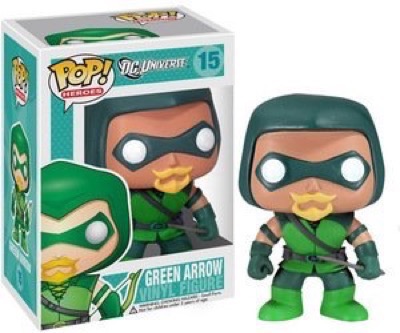 This is the Green Lantern figure from the DC Universe. It was released regularly but has since been retired. it’s not as scarce as the really limited edition figures but still carries a hefty price tag.

These are just some limited edition and rare figures. We’re going to start putting some together each week. If you have these guys, congrats!