We’re introducing a new column on Sundays called Box Office Breakdown! It’s going to recap the box office results from the week and is going to be written by our own Suddenly Susan!

This is the top ten films for the weekend and a recap of the box office action, plus some projections (to come) for the following week!

Check it out and let us know what you think!

Denzel Washington, aka Mr. Dependable, came through at the box office once again. He’s new action packed thriller 2 Guns came in at number one. Looks like pairing him with the star power of Marky Mark Wahlberg was a can’t miss. 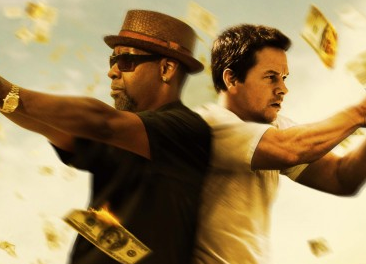 Not surprisingly, Hugh Jackman’s The Wolverine fell to the number two spot. I don’t understand why there’s no love for this movie. Are audiences simply comic booked out? Though it’s doing well overseas, I’m happy to go comfort Mr. Jackman who probably needs a hug.

Almost as surprising as the original Smurfs being a hit is the sequel coming in at number three with just $18 million. That’s only half of its predecessor’s opening weekend gross.

I’m tired of seeing 20 something actors from the CW make below average horror movies on their summer hiatus. The Conjuring is honestly, the first truly scary movie I’ve seen in a long time. Compound that with top notch performances by veterans Lilly Taylor and Vera Farmiga and a budget of only $20 makes The Conjuring is a certified hit.

Despicable Me 2 is riding high and I’m sure a DM three is already in the works.
Apparently poorly written, even worse than the original, gross out humor is bankable, with Grown Ups 2 pulling in at number six after four weeks in release.
Turbo could use a boost, crawling in at a snail’s pace to number seven. With a budget of $135 million, it’s far from breaking even.

Bruce Willis isn’t quite the A-Lister he seems to think he is, with Red 2 plummeting even further to the number eight spot. This is the second big budget bomb for Willis, after a poor domestic showing of A Good Day to Die Harder. 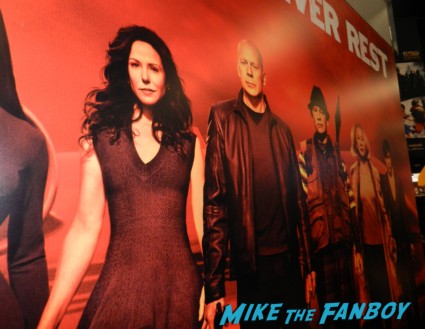 The Heat is still full of fire, hanging onto the number nine spot after six weeks in release. Make no mistake – Melissa McCarthy is the reason this was a mega hit and I hope Sandy sent her some flowers as a thank you.

Rounding out the top ten was Pacific Rim, a great film, whose poor marketing campaign showcasing it as Transformers 5 cost it dearly. The special effects are amazing, but there is heart and soul to this action romp.