Ace headed out to a special screening and q and a for the cult classic Trick R’ Treat! Starring Anna Paquin, Brian Cox and more!

Plus, I think he managed to get an autograph or two!

What’s up autograph fanatics! Ace here with a recap of the Trick ‘r Treat screening with the cast and crew of the film…

To be honest, I had never seen the movie but I thought it would be a fun thing to do, especially since it took place only a few days before Halloween.

(Editor’s Note: Wait… you got a poster signed for a film you haven’t seen? M-)

Sometimes, graphers do too much trying to double dip on events in Hollywood. Chris, Alex, and I were trying to get Harrison Ford earlier at the premiere for Ender’s Game, and of course, that didn’t happen. I walked away with Viola Davis and Asa Butterfield. Unfortunately, we spent way too much time at the premiere, and should have dedicated the time with Trick ‘r Treat. By the time we had gotten there, most of the cast had already signed, and I knew right away, we were going to be there for the long haul.

They really did an amazing job transforming the theatre. We head to our seats as quick as we could. Along the way, I saw Seth Green several times along with Brian Cox.

Regardless, it was probably one of the best little movies I had seen in a long time…The Q & A revealed that the second film would be coming! Punchline! Who saw that coming? Let’s deck out a theatre, spend a lot of money renting it out, spending thousands of dollars on decorations and promotional items, and fill a packed audience with free Popcorn and Soda for nothing on an old film. Trust me, don’t get me wrong, but something is in the works when Legendary Pictures comes out and puts on an event like this. I tell you this, not to complain, but to highlight how amazing it was!

Towards the end of the Q & A, a surprise guest came out… Hoping that he would be there, I brought an item or two for him. Bryan Singer! The crowd went wild! X-Men!

As soon as the Q & A ended, a few graphers rushed to the stage. I got Dylan Baker, Quinn Lord, Michael Dougherty, and Brian Cox as they were the only ones who didn’t run off. At that point, you think all hope is lost for Bryan Singer. 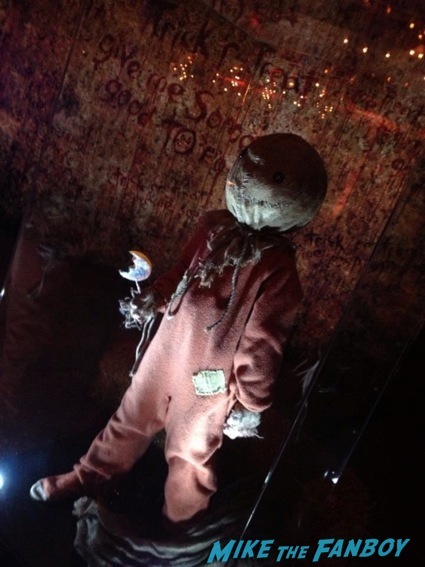 I knew they would be lingering outside on the corner of the theatre, so Alex and I sneaked out as everyone was looking for them inside. Chris went his own way, and we tried calling him numerous times. They were just chilling outside with Seth Green. I had heard Seth Green wasn’t cool throughout the event, so I didn’t ask him. 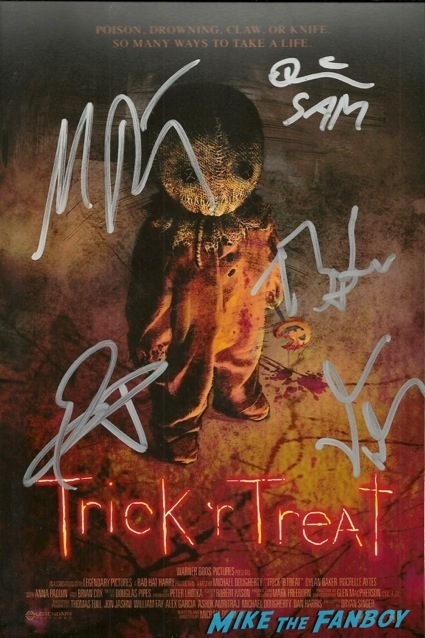 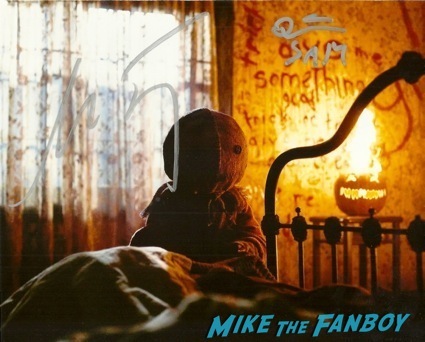 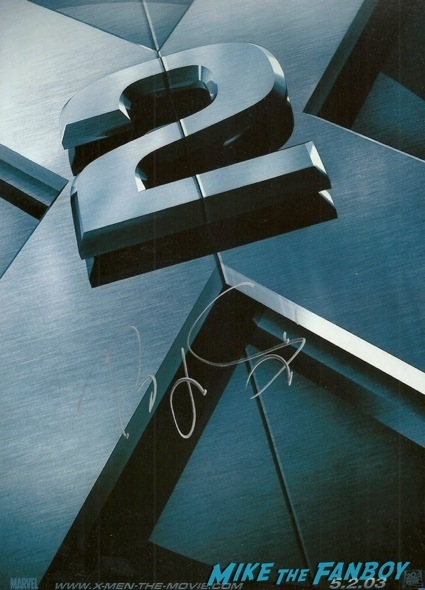 By getting them outside, I completed my two mini-posters, my two 8 x 12s, and my single photo of Quinn Lord.

I do recall it was pretty overwhelming. I needed Brian Cox on two more things but I remember being really hesitant to ask for a couple more. It was sprinkling on and off so this just put more pressure to get them before the posters got damaged.

Alex and I headed to the front of the theatre to find Chris. They were handing out these gorgeous full size posters made especially for the event. I remember getting one and thinking I wish we could have gotten autographs on these.

We met up with Chris and within five minutes watched the cast walk into a neighboring bar for the after party. By this time, its like ten at night and all our silver sharpies are fading. Brian Cox had left early, but the rest of the cast partied it up.

Jean Luc and Quinn Lord were among the first to leave… Nice as could be, signed all our stuff. I stole the idea from DVD Dave and asked him to write Happy Halloween and sign the full size poster, and he was happy to do it.

Seth Green ran out… He saw that I had two, so he signed my first one, and made sure no one got two… basically agreed to do one per person 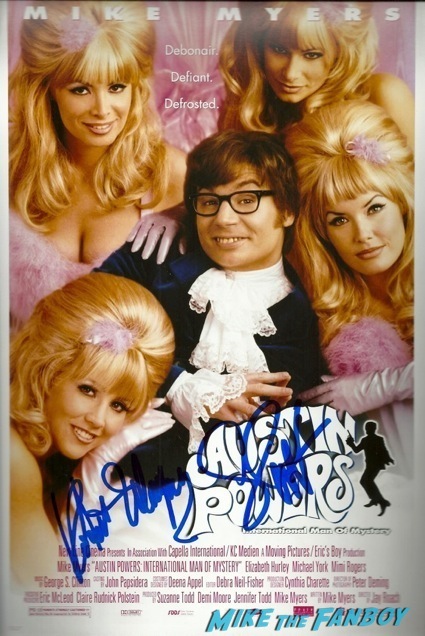 Bryan Singer was the last to leave, along with Michael Dougherty, so I got them on my full size poster.

With the door closing on the final car, the night ended on amazing note. 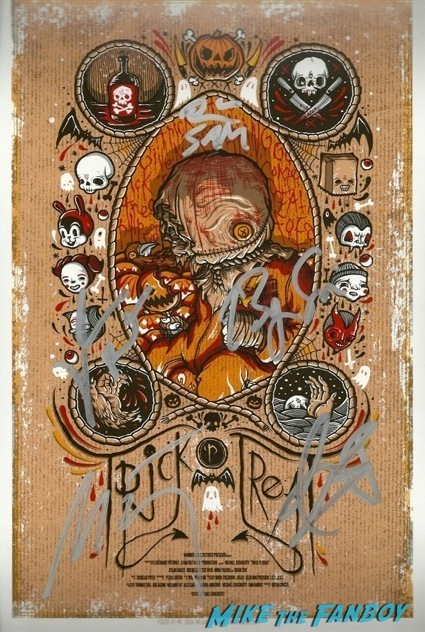 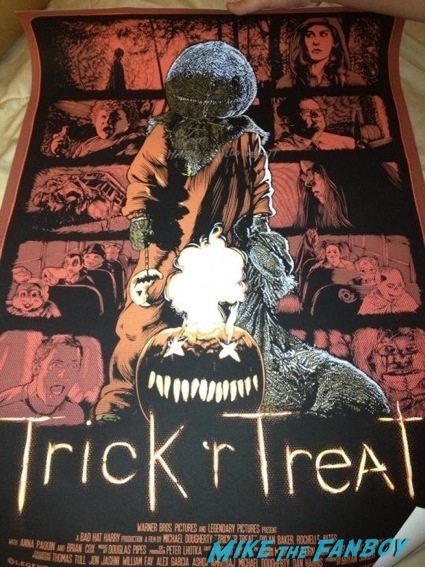 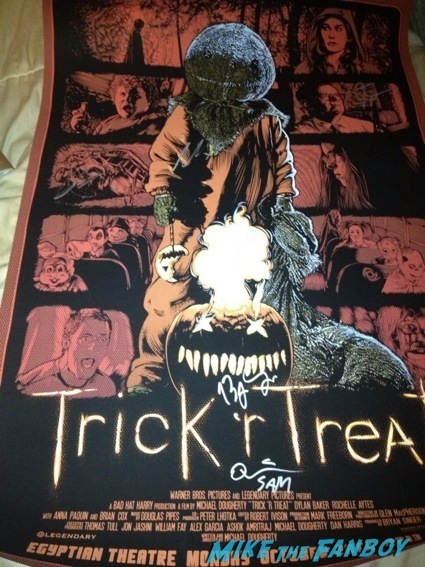 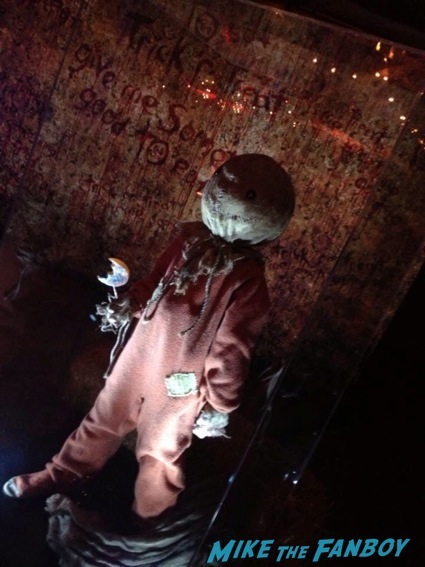 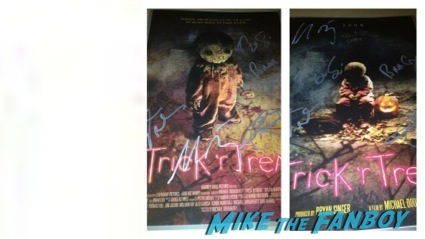