After Brie Larson said she did not sign autographs anymore on the Captain Marvel red carpet in Singapore, imagine my and, all her  Singapore fans’, surprise when she actually signed at the L.A. premiere of her movie. Her actions almost put me off going to any more red carpet premieres/events. I certainly had no intention of getting royally stiffed in the autograph department by another celebrity any time soon.

But then just last week, Danson called me to let me know that Ben Affleck, Charlie Humman, Garrett Hedlund, and producer Chuck Roven would be in town promoting their new Netflix movie Triple Frontier. And there would be a red carpet event with details to be released the following Monday. There was no news about competitions or superfan boxes, it was billed as a meet and greet event for the public.

Well, when Monday rolled around, my big brother messaged me telling that I could register for the event via Whatsapp. I did so right away and I immediately got a response. My RSVP had been noted and I had officially registered my request for four tickets.  There was no superfan box this time, just one massive fan zone at the Marina Bay Sands Digital Light Canvas, which used to be a skating rink. All I had to do was collect my tickets on Wednesday and arrive early to claim a prime spot in fan zone along the red carpet. So when I headed down to pick up the tickets, I made sure to check out the red carpet location to figure out the best location

But the tickets weren’t ready and Arun, a huge Ben Affleck fan, and I had to wait for around half an hour to collect them. When the tickets were ready for collection, the Netflix staff could not have been more apologetic. Danson and my friend Robert also found the staff extremely pleasant and accommodating, so this could only bode well for the event, right? Well, I just got back from the event which finally rolled around today.

We were told that the fan box would open at 2:30 and the event would actually start around 7:00pm. I arrived at around 1:00pm and Danson was already hovering outside the fan area along with Arun and another fan Zeke. We chatted about our autograph collecting adventures and more fans arrived as the clock ticked down to event time. Then the gates opened, our bags were checked and we were ushered into the fan box. But what would we do for the next four hours? Netflix had that all sorted out. For entertainment, there were two cash Grab boxes with Triple frontier dollar notes.  All we had to do was find the note with the Netflix logo and we could win an assortment of prizes from luggage tags, notebooks, pens, jackets and Netflix vouchers.

It’s needless to say that Danson, Zeke and I had numerous turns on grab cash boxes and walked away with a nice haul of Netflix merchandise. By the time we had a haul of goodies, we overheard some staff members saying that only one hundred and fifty fans would be let into our area and the rest would be in the red zone. After that the waiting game began. Thankfully Robert arrived just as I was getting really bored.

We wondered if the stars arrive individually or together? Which side of the red carpet would they sign? Some fans couldn’t make up their minds and switched from the black zone to the red zone, in the hopes of getting a better spot. Finally the emcees took to the stage to tell us that the stars would be arriving shortly and that they would likely be taking selfies and signing autographs for as many fans as they could. We would believe it when we saw it.

Well, a few minutes turned into more than half and hour. It’s strange but it always seems when we can’t bear the fatigue of waiting any longer, the stars finally arrive. Yes, it was at this very moment that Ben, Charlie and Garrett. They walked to the red carpet surrounded by a phalanx of security and as soon as they reached the red carpet, they started taking selfies and signing autographs for fans.

Needless to say everyone screamed for the stars to come over to their side. No one should have worried.  Garrett made a beeline to Zeke and me and signed away. 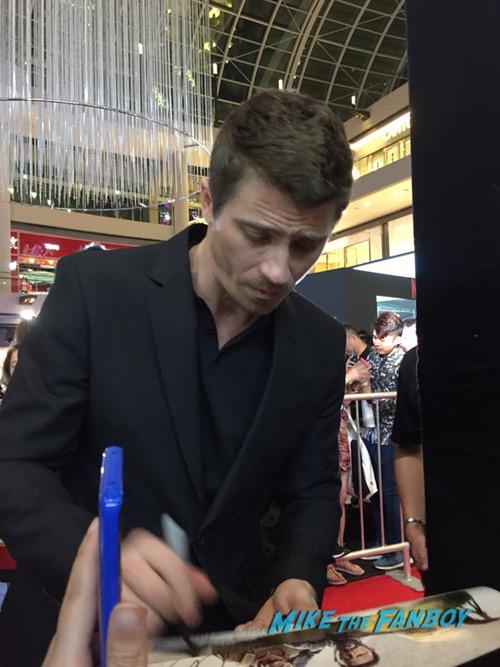 Now, Ben was still on the other side of the red carpet, but he came over and signed for Zeke, Arun, Danson and me.  He signed a photo of his as Bruce Wayne on the cover of Time magazine that I had come across. I then gave him a souvenir:  photo of Marlon Brando, the first major star to visit Singapore, taken when the movie icon was in town back in the 1950’s for a movie premiere. And he thanked me and kindly accepted it.  I also think I mentioned my Grandma was standing next to him in the photo. Unfortunately after that, he skipped signing for Robert.  Then Ben, Charlie and the stars headed off to the stage to talk about the movie. 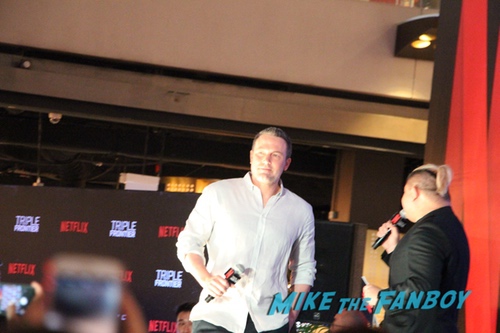 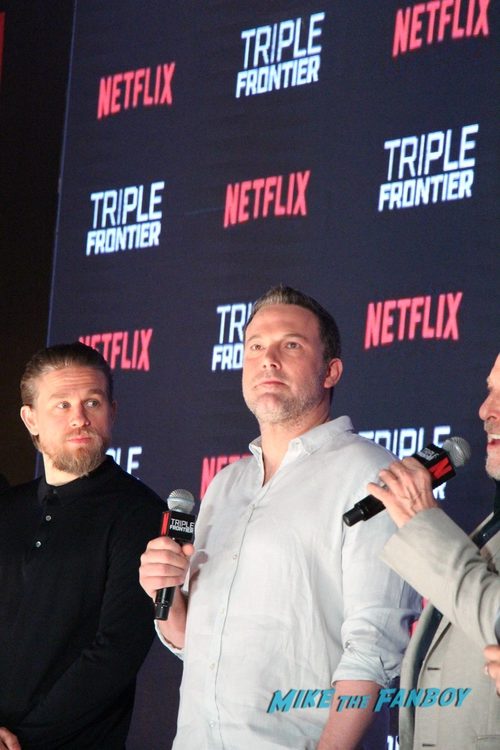 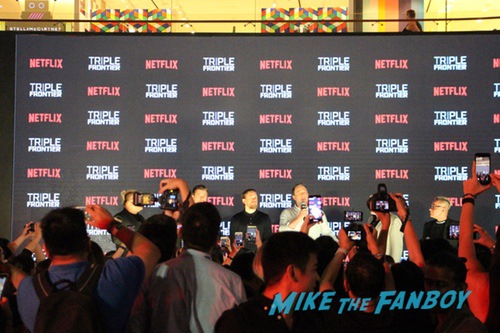 I told Robert to head over to the other end of the red carpet as we had been told the stars would walk the entire length of the red carpet to meet the fans. And as soon as the stars finished their stage interview, they walked the red carpet on their way out and signed again! Yes, Robert finally got his autograph and selfie. 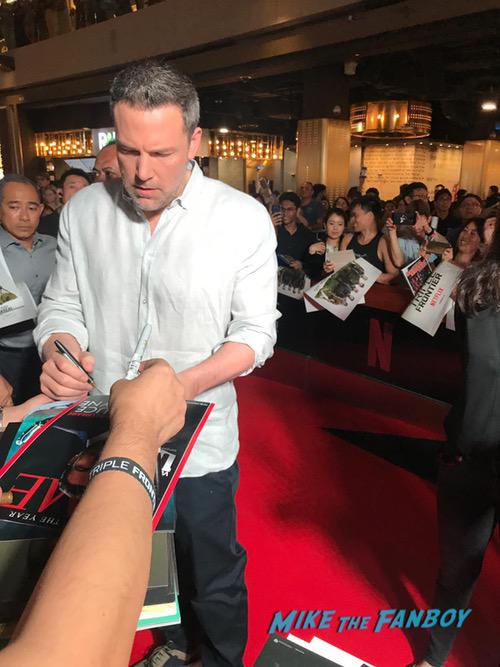 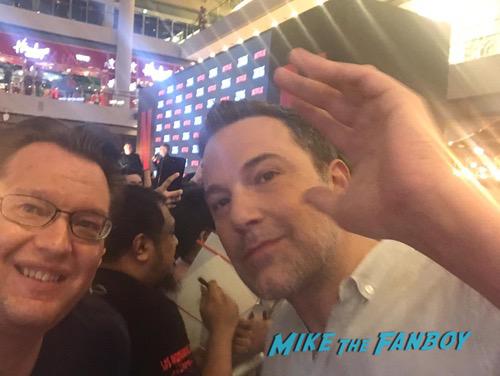 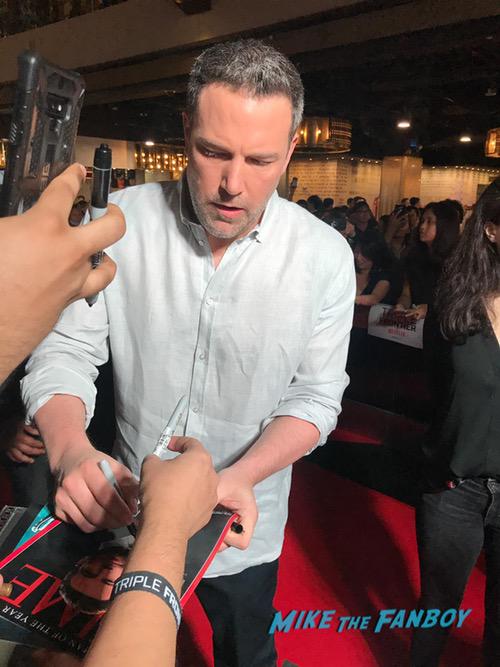 Though I didn’t get a selfie of my own that night with any of the stars, I count the night an absolute success. 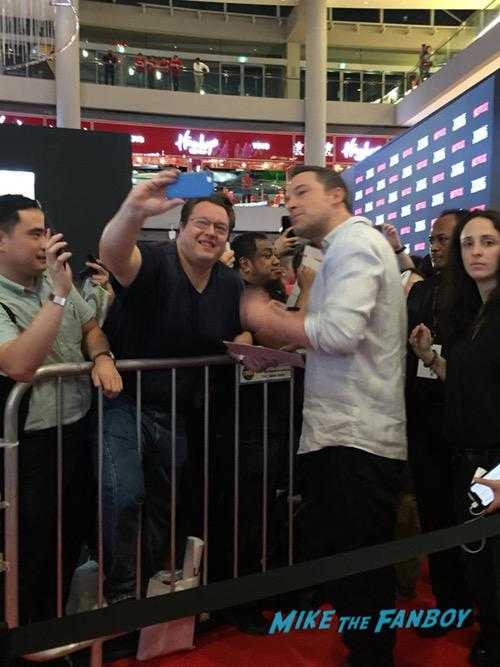 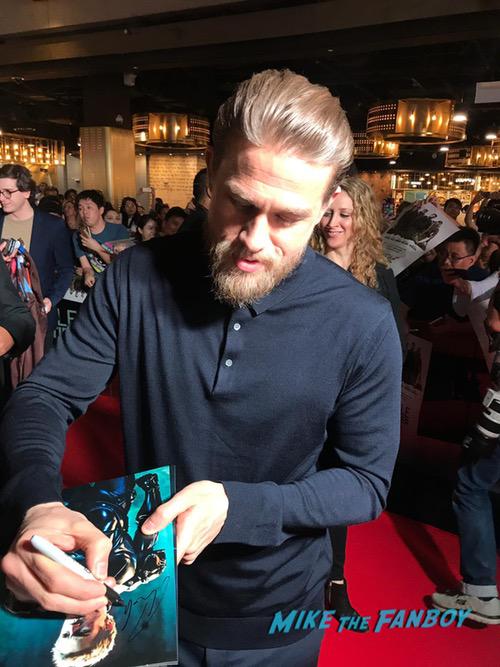 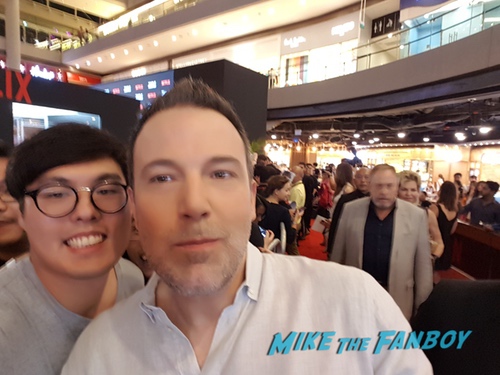 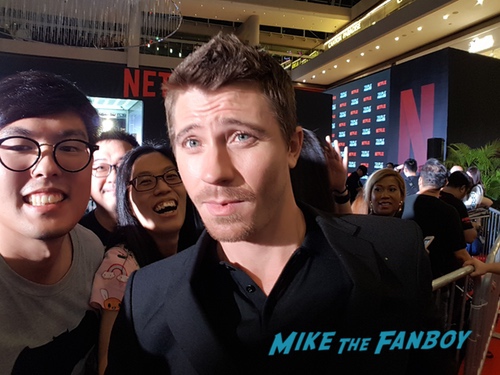 The actors were kind and gracious and took their time with their fans, even though they were jet lagged and had just arrived a few hours before the event.

All I have to say is these three gents were a complete class act.  Congratulations to Netflix on an outstanding event.  It is perhaps, without a doubt, the best red carpet event I’ve attended in Singapore. The only thing that could have possibly made it better is if  =Oscar Isaac and Pedro Pascal had been here as well. 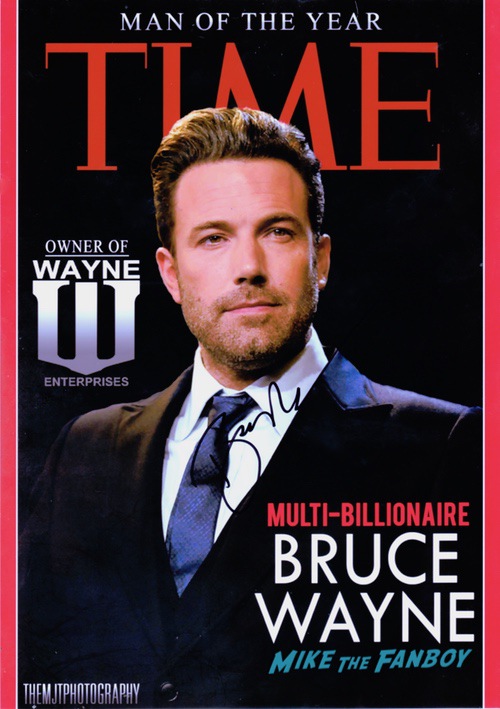 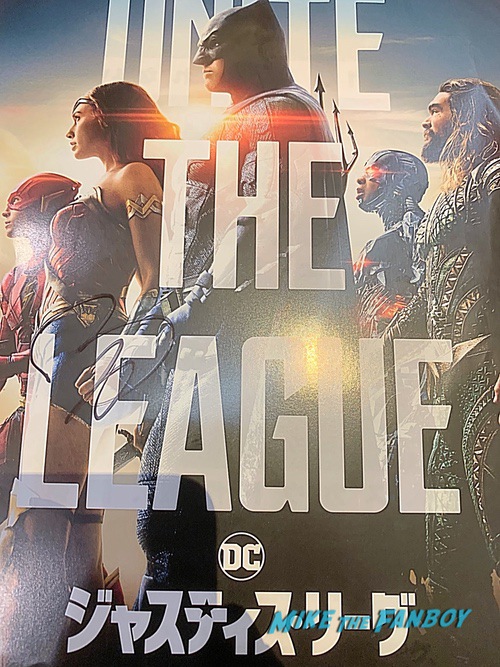 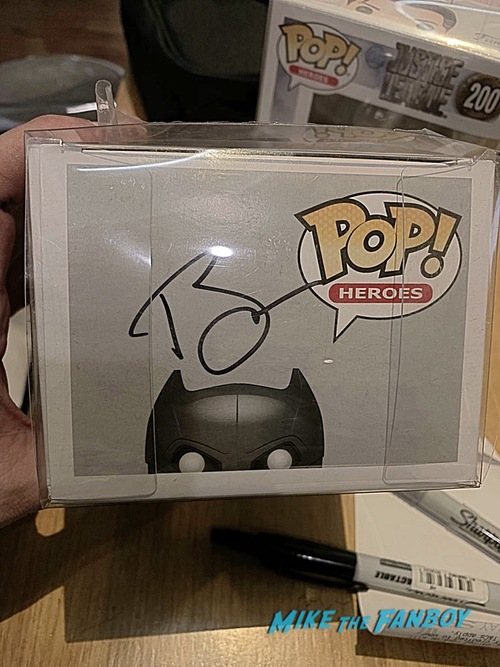 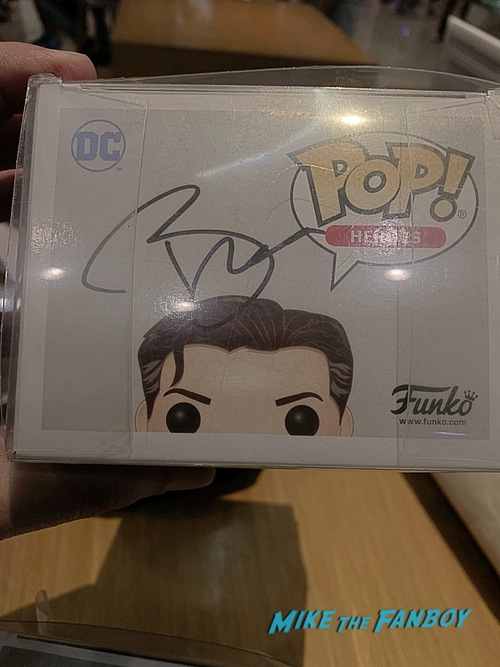 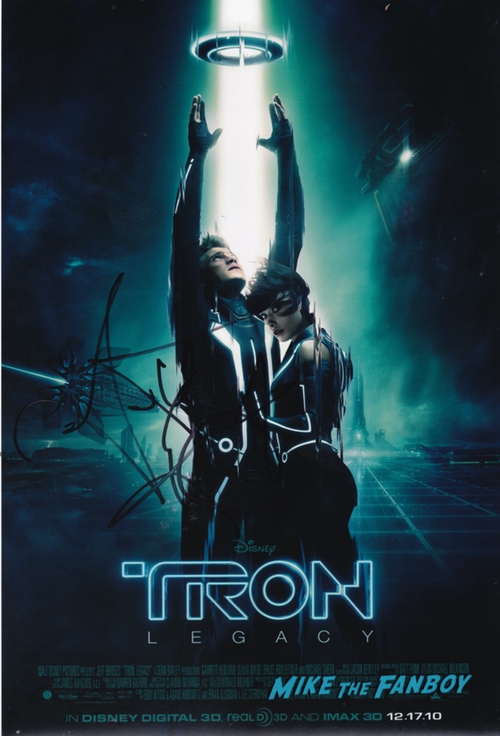 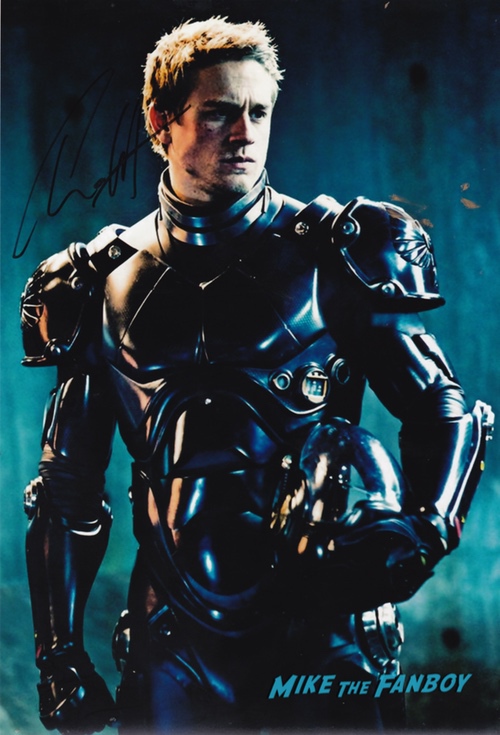