Home / NEWS / Tron Sequel News! Are We Going To See Another Chapter In The Series? Director Joseph Kosinski Is Getting A Script And Has A Name… TR3N! Hmmmm…

I know there were a lot of people who didn’t love Tron: Legacy but I did! In fact I really loved the world that they created and thought that Jeff Bridges and Garrett Hedlund were really good in the film.

I know a third entry in the series was being bopped around here and there and finally there’s news!

According to Slashfilm director Joseph Kosinski gave a brief update on the project!

“I think I’m two weeks away from getting the draft. This is a story we’ve been working on since 2009, so that’s four years now. I’m really excited about the idea that we have for it. I think it delivers on the promise that both TRON movies have made. It opens the movie up, in a way that I think is going to give it a much broader appeal. Whereas TRON really, ultimately, in the end, catered most to TRON fans, this idea broadens it some more, in really exciting ways. But, it’s all about the script and making sure that that story is compelling enough to get all of us back together. Those movies are hard to make. It’s a two-and-a-half to three-year journey. So, to go back in there and go back to the Grid, it’s going to have to be a pretty spectacular script. We’ve got a great writer on it, so we’ll see.”

“It has a working title, yeah. TR3N will be our code name. We have an idea, but nothing is set in stone yet. We have some exciting ideas.” 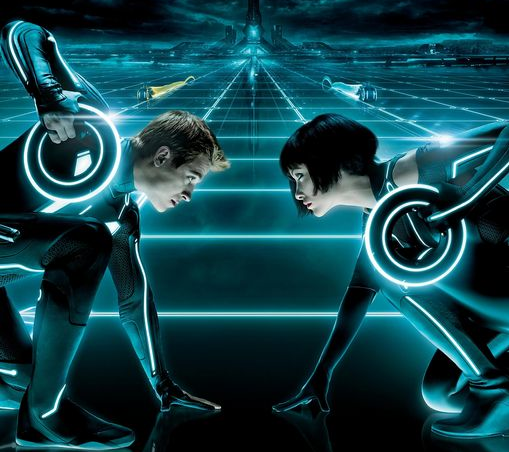 I think I’m excited about this. I’m hoping that Oblivion is good, because the trailer rocks. If that movie rocks, then I’m betting that this will be a good footing!