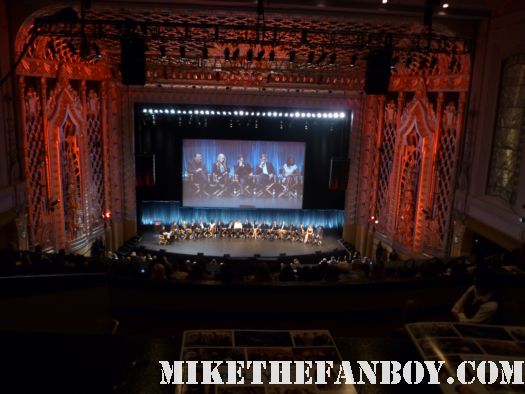 This just in, a great report from the True Blood panel at the 2011 paleyfest! Mike The Fanboy reader Annette had the good fortune of checking out the panel and the sexy stars of the HBO vampire soap. Check out Annette’s full report below!

The TRUE BLOOD panel at The Palest Fest was filled with jubilant fans & fangbangers! Kudos to creator Alan Ball, the fans went so wild once the entire cast hit center stage.

Now this is how you do a kickass cable show!

• Season Four will revolve heavily around witchcraft. According to Ball this arc will be kicked off with a Wiccan ceremony that accidentally summons an “older entity” (which we assume isn’t friendly).

• Russell Edgington, the Vampire King of Mississippi, will return. Ball says the decision not to kill him was very deliberate, and when he comes back, “he’ll be pissed.”

• Guest stars this season include Gary Cole and Fiona Shaw as a witch.

• Bill and Sookie aren’t going to get back together so easily. Their journey will be long and arduous. 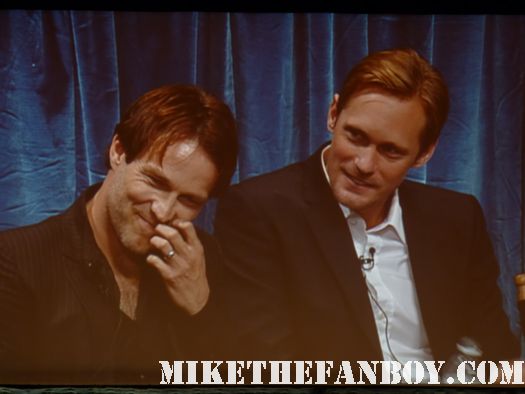 The moderator asked what’s the weirdest thing fans have asked from the cast of the show;

Joe Manganiello was once directed by a female fan to lick her in order to heal her wounds, because she said, “that’s what wolves do to one another.” The wild fan was immediately hurried away by security.

Kristin Bauer got a very strange request recently while taking pictures with fans from France, they asked her with a thick French accent … “Would you suck my blood?” 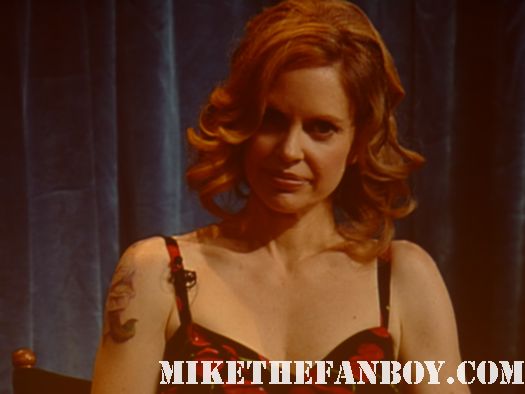 A female fan in Lousianna approached Jim Parrack and handed him her cell phone and said to him “Would you please talk to my husband, he just got out of prison and tell him how to be like Hoyt.” Parrack didn’t take the call.

Carrie Preston hasn’t been asked to do anything weird and she said to all the fans “Bring it on Y’all!”

A mother in Ohio sent Alexander Skarsgård a letter and she wanted him to marry her daughter. This dedicated mother would fly him out to Ohio and pay him very well to perform the wedding ceremony. Alexander jokingly said that since it was a lot of money he did it of course. 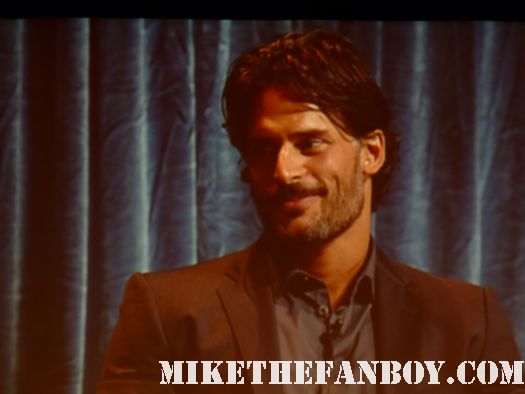 I have to say, TRUE BLOOD certainly has a wild & crazy assortment of flavorful fans!