I was out and about during the Comic Con craziness which as you can see here… was a long and eventful weekend. CB was manning the forts in LA LA Land and took a couple of my True Blood pieces for Stephen Moyer. I did have to get him a rare Transformer from SDCC for him, but ah well, what can you do.

I thought he was going to someone else and Stephen Moyer was on the same day, turns out CB went just for little old me! Awwwwww…. Check out his full report with the dashing Stephen Moyer after the jump!

In this next installment of THE CB RISING, I’m going for Stephen Moyer. I will admit, I’m not a fan of True Blood. I’ve never seen an episode, I’ve never read a storyline and I have no idea who’s on the show other than Anna Paquin (love her) and Sam Trammell ( HI PINKY).  I’m going because Mike kindly threatened me with a sharpie to the eye and i said, sure, why not.

(Editor’s Note: To be more specific it was a purple sharpie to the eye… Just saying… M-)

Stephen Moyer was doing a talk show taping, and i decided to do Mike a favor since he’s done a few for me in the past. I had his poster and magazine, hoping it goes pretty well.

5:00: I  arrive and I’m here with a few people. Not to many people people here, which is odd because I’ve been told True Blood is a popular show.

5:30: We see Gavin Rossdale arrive and we yell for him and he comes over. 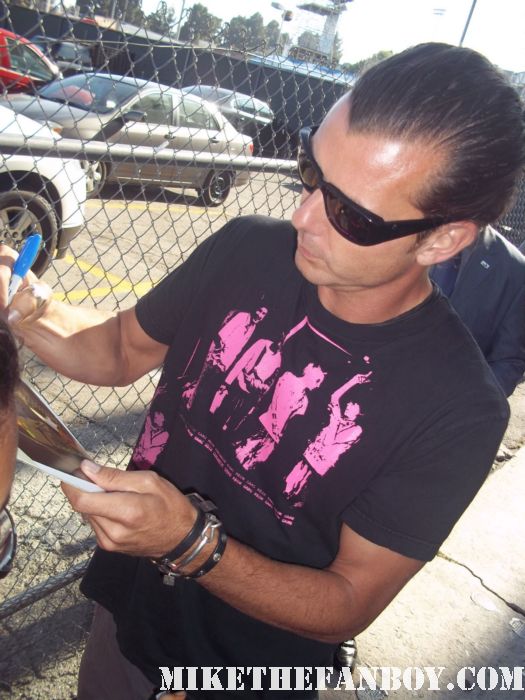 He’s performing today with Bush, and I really didn’t know he was going to be here, so i just took a photo with him. He’s a really nice guy and signs for everyone and takes photos with everyone who asks. 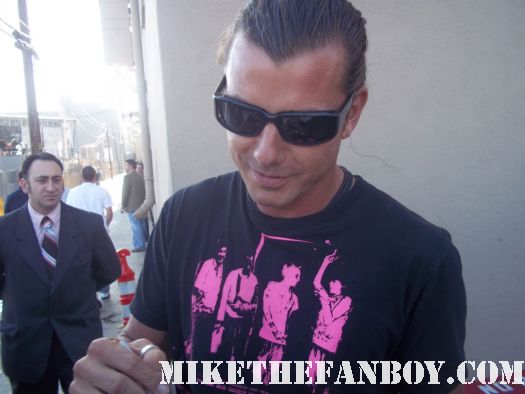 7:00: Stephen Moyer is leaving and we don’t even have to call for him, he comes right over. 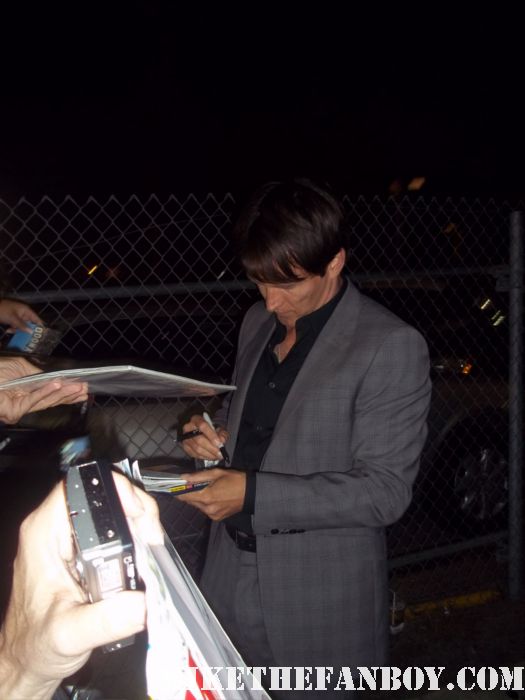 He’s really nice, but Mike asks me to get the poster done in red paint pen, but i couldn’t. He signs the poster in silver, then when he comes back signs the magazine in blue. Stephen had three color pens on him while signing, which goes to show how awesome the guy is. 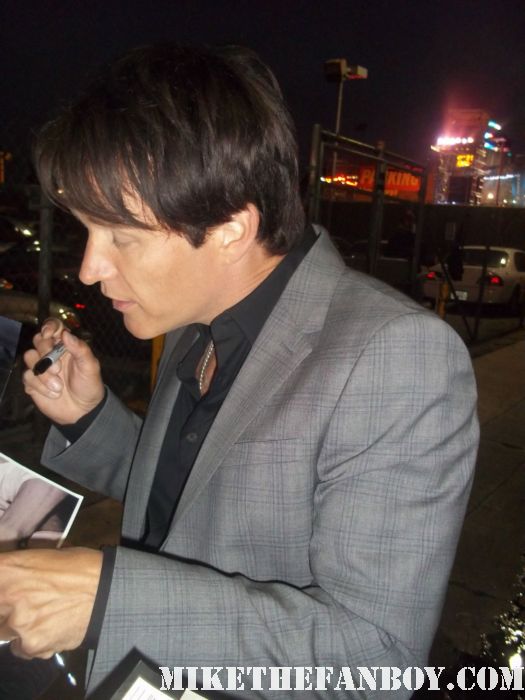 Stephen was great. I’m really glad I got Mike’s stuff done. Until next time, take care everyone. 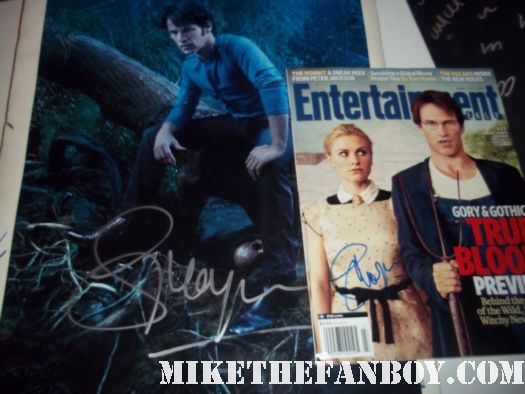