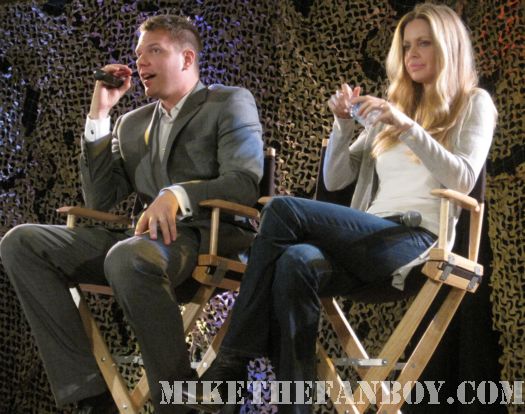 Mikethefanboy reader, Awesome Annette, has just sent over a great little write up about the Weekend of Horrors (ohhh scary) True Blood panel in Burbank. In attendance were Kristin Bauer (Pam) and Jim Parrack (Hoyt Fortenberry) who did a panel and a Q and A. Check out the write up and excellent pictures courtesy of Shannon Robles! Thanks guys! You rock! 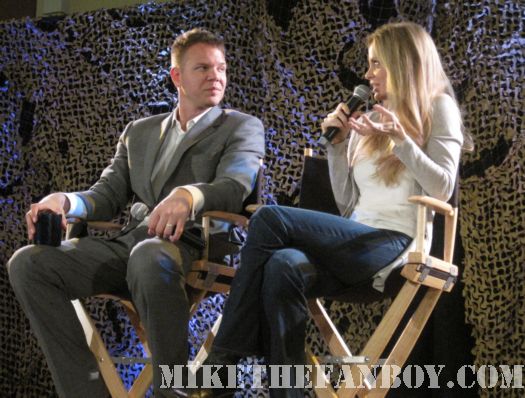 Jim Parrack and the lovely Kristin Bauer from HBO’S TRUE BLOOD took center stage at WEEKEND OF HORRORS in Burbank. Kristin displayed to the audience her brand new spanking tattoo of beautiful orchids & flowers and revealed to the audience that her first immediate reaction after a few hours in the ink chair was complete shock! However, Kristin said she has learned to love the tattoo and has a few more stages to go through before her masterpiece tattoo is complete! 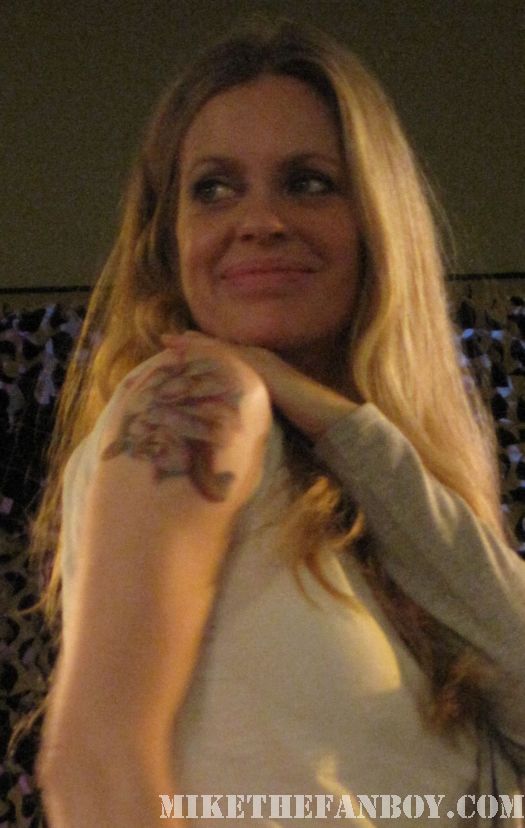 The moderator asked if there were any crazy fan stories and Jim mentioned that he and Alexander Skarsgård were both in Louisianna shooting on separate feature length film projects and one female fan attempted to break into his hotel room and then one freaky male fan dressed in camo pants with a strong, firm build tried to break into Alex’s hotel room! What the hell did camo man want with sexy Alex!?!? Probably wanted to do very bad things to him! Thankfully camo man got busted! So far TRUE BLOOD fans have been super cool but there’s always a few crazy rotten bad apples in the batch! 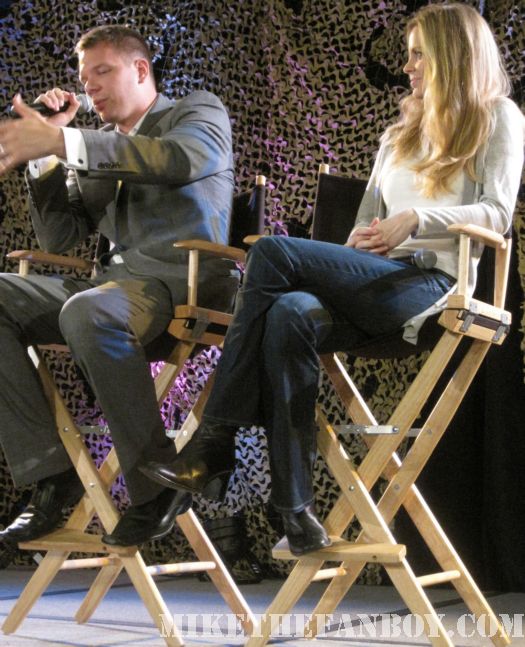 Jim & Kristin were very tight lip on Season 4 and all Jim had to say about Season 4 was the doll in the house from Season 3, something interesting will happen in that house. Hopefully it involves Sookie and sex on a stick Eric doing very bad things on that kitchen floor, a girl can always dream … until next time, keep meeting and reaching for the stars! – Annette Ashlie Slomka 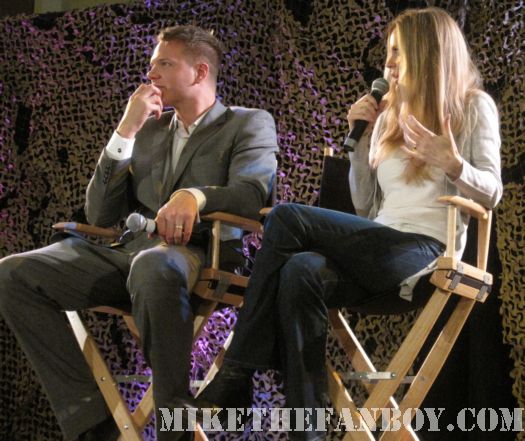