Billy grabbed a few brews and headed out for the Trumbo q and a to meet a few folks. He was lucky enough to get 3 out of 4 cast members. Not too shabby if you ask me. Plus, he got to meet Diane Lane, who I adore!

Welcome back to Billy Beer’s Barstool. Today we are off to a Q & A for the movie Trumbo. I’ve seen a few previews for it, and I’m guessing they are going to make a push for some awards. Bryan Cranston, Helen Mirren and Diane Lane were all there to attend. Now anytime you can see Bryan Cranston it’s a good day, but to be honest with you, I’ve never gotten Diane Lane, and have only seen her once. So she was the big deal for me. Helen, I’ve gotten a number of times, and pretty much have gotten her on everything I would want her on. But she’s usually really nice, so I grabbed by Trumbo mini poster so I’ll have something for her to sign.

I get there a little early, so there’s a little bit of time to waste. A number of the regulars were there, but not too many. I would say about 15 people showed up. While we waited, Anthony wanted to act out the part in Unfaithful where Diane Lane gets her breasts grabbed. Just stupid stuff that happens out of boredom.

We finally see our first limo, and it’s Helen. We call her over; she waves and mentions she’ll do it after. You gotta trust a Dame!

The next limo to arrive is Diane. Again, I’ve only seen her once. I know she’s hard, but is it because she’s never out or that she doesn’t like to sign? Well, after we all call for her, she comes right over. She looks great, and is signing everything you have out. I put out an 11×14 and the movie poster and she signs both. Someone then asked for a photo-op, and politely she says “absolutely not”. Guess I’ll be happy finally getting an autograph. 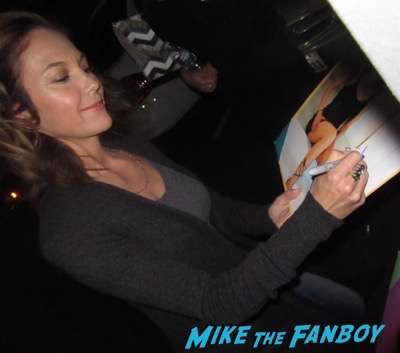 Finally the final car shows up. We wait for Bryan to get out, and all of a sudden realize it’s Elle Fanning (also in the movie). She wasn’t supposed to be here and nobody has anything for her. She still comes over and luckily I had the poster, so she signed that, and then took photo-ops with anyone that wanted one. As she has been getting bigger, I’m glad to see she’s still a sweetheart. 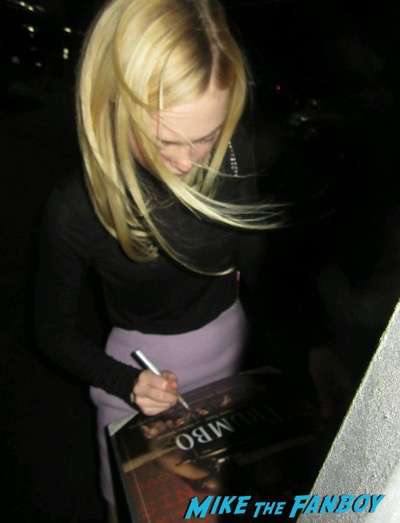 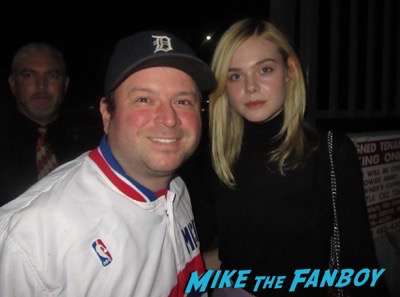 While Elle was taking pictures, we see another limo slowly drive past us. Not passing up on the sure thing, we then realize it was probably Bryan, and he probably just snuck in the front. DOH!

Time for exits. They all pretty much came out at once. We kind of ignore Diane and Elle cause they stopped buy earlier and call for Bryan and Helen. Helen comes right over and starts signing. Bryan unfortunately ducks in his car and doesn’t give us the time of day. A little sad, but 3 out of 4 isn’t too shabby. Gotta go, it’s Happy Hour somewhere! 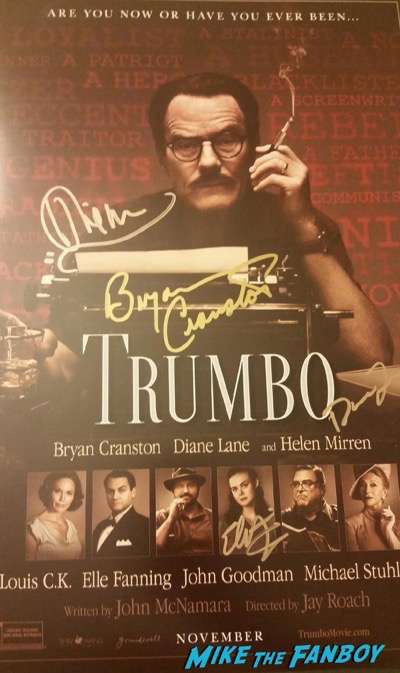