Collecting autographs ttm. It’s fun, it’s exciting, it’s expensive and it’s thrilling. Imagine your write to your favorite celebrity pouring your heart out about what they mean to you. You send a photo for them to sign and a stamped envelope for it to be returned in. Many weeks (or months, or years) later, it happens… your envelope arrives in the mail. You open it up. It’s your photo and it’s been signed by said celebrity. Or has it?

One of the biggest drawbacks in collecting ttm (through the mail) is we cannot see who signs our photos. While I believe most stars try to personally sign, there are those who employ a staffer to sign photos. Some stars use a rubber stamp, and others use a machine that replicates their autograph. How can you decipher the real deal from not? It’s tricky, but it’s possible. Here’s what I know:

Research. If you are writing to Dick Van Dyke, Shirley MacLaine, Clint Eastwood, John Travolta, Schwarzenegger, Chevy Chase (and many others), there’s a good chance it’s been signed (allegedly) by anyone but the person it’s intended for. I recommend the forums at startiger, or fanmail.biz as excellent resources of authentic vs. not autographs. 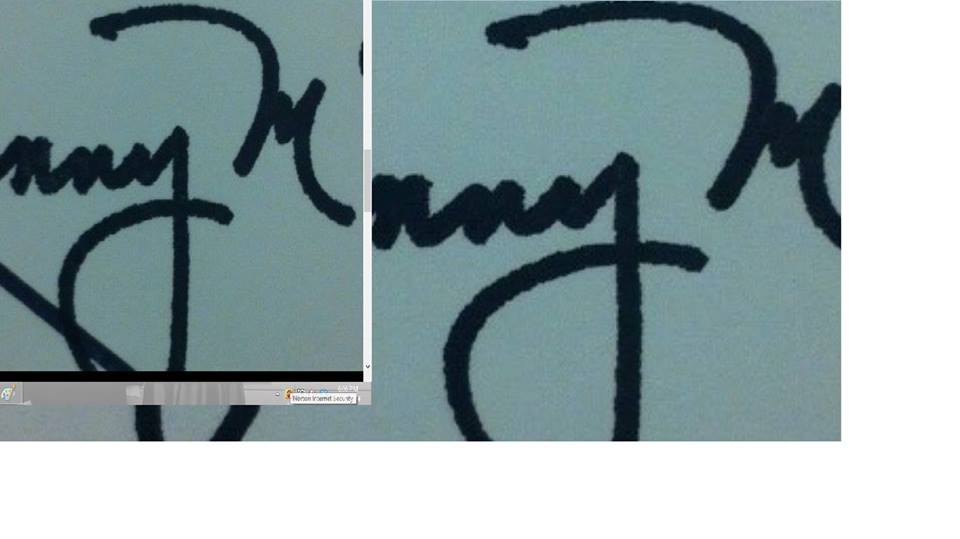 Secretary signed: If a star is too busy, cannot handle the volume of mail, or doesn’t want to, they have a staff person (known as a secretary) sign the photos. They can be good at replicating the celeb autograph and it can be hard to tell.
Autopen: A machine that auto signs photos.. Think of it as a computer print out signature but using a pen.. Robert Downey Jr. autographs ttm are almost all autopen.

Pre print: A photo with a printed signature (like a xerox copy) on it. If your return address has Studio Fan Mail, or Spanky Taylor Co on it, there’s a good chance it’s a pre-print (but it is really cool that a celeb would send anything).

Get your stamps ready, because this week the stars are aligned: