There’s been some cool successes this week. Remember if you got any TTM successes mail them on over. If we get enough, well get a weekly recap. If you received some in person successes send them as well. It’s mike at mikethefanboy.com. I love seeing what you guys get, it’s a lot of fun!

I got a couple cool successes week myself. I don’t collect TTM very often but when I see someone I really like, I have to give it a shot.

First, I got Dexter star Michael C. Hall on a few things, including a rare promo Six Feet Under promo coffin, which looks amazing!

And I was able to get legendary icon Gene Wilder! He signed my Willy Wonka DVD cover as well 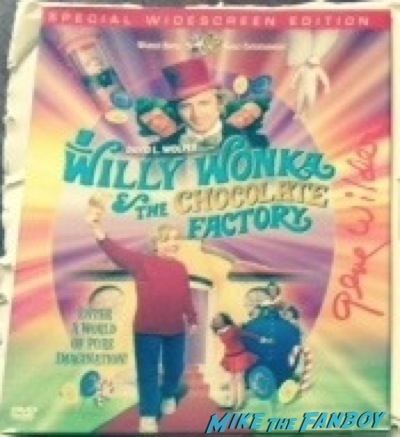 as a rare The Woman in Red counter standee! He even signed it in red! Normally, I would hate that, but this is kind of perfect! The address is no longer valid sadly! 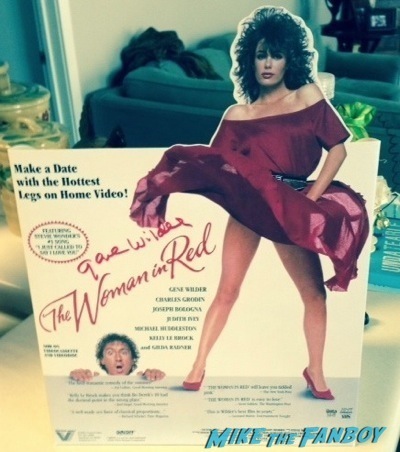 And the awesome Beat Kunz got some great success!

I had an awesome success with the legendary Dame Shirley Bassey today: She returned my 8×10 photograph signed and personalised as requested (in gold!), and she even wrote a little note on the back of my picture, answering one of my questions. This took only 3 weeks (via her well-known address in Monaco), and she even put one of those lovely Monacan stamps on my SAE! 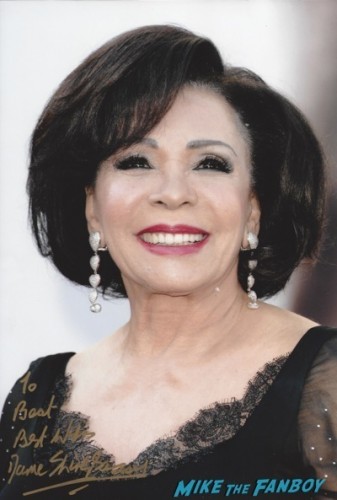 Back in March, I heard back from one of my most wanted: Max von Sydow! It is a very good time for everyone to send to his agency in France – they seem to send out pre-signed photos to people, but who knows how many they’ve got left! Apparently, he rarely signs at all these days (and he has reportedly become very difficult in person, too!), so do give it a go! (Mine took only a month!) 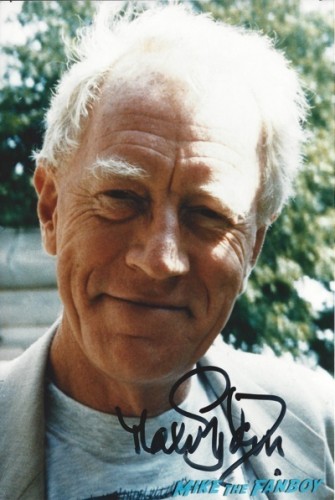