Hey there TTM Nation! TTM Troy here with this week’s highly anticipated TTM Tuesday! As always, these addresses were gleaned from the many successes posted throughout the Internet.  Also as always, do your own research on any item you get through-the-mail. Here is a look at this week’s prospects!

This director produced a film chronicling the of fictional wrestler Randy ‘The Ram’ Robinson in The Wrestler. He also directed such films as Pi, Requiem for a Dream, and Mother!  Mr.  Darren Aronofsky! 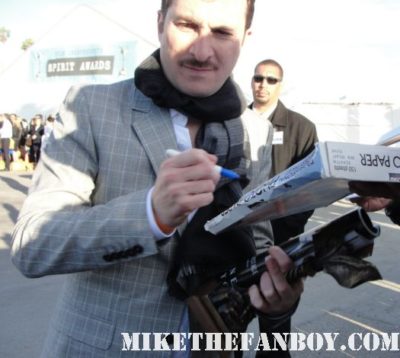 This actor is best known for his role as Escobar Gallardo on Nip / Tuck, but also appeared on CSI: Miami, Criminal Minds, General Hospital and NYPD Blue. Robert LaSardo! 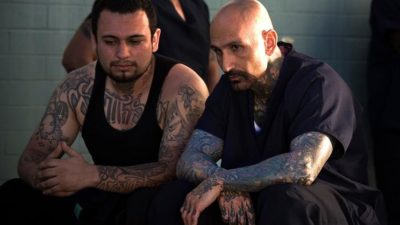 I’ve been watching successes roll in for this professional basketball player over the past few months. While I am still somewhat skeptical (he is almost TOO good at signing), I am going to take a chance and include him here on this list  He played for the Dallas Mavericks since 1998, including the 2011 championship team. He is also a 13x All Star. His accolades can go on and on but here you go – Dirk Nowitzki!

This actor was a cast member on Saturday Night Live from 1981-1984 and is otherwise best known for playing Carl Sweetchuck in the Police Academy series. Recently he has appeared on Chicago Justice and the series Detectives Club. Mr. Tim Kazurinsky! 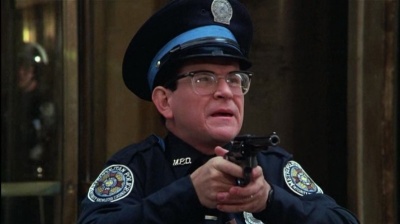 I had to do a double-take when searching MTF to find out when we last featured this next actor – and we haven’t! He portrayed Mr. Spalding (and Mr. Harrington) on Saved by the Bell: The New Class, and a Catholic priest in the series Just the Ten of Us. He also appeared as a detective in the short-lived 90s series Sidekicks. But he is best known as Herb Tarlek on both the original and The New WKRP in Cincinnati – Frank Bonner! 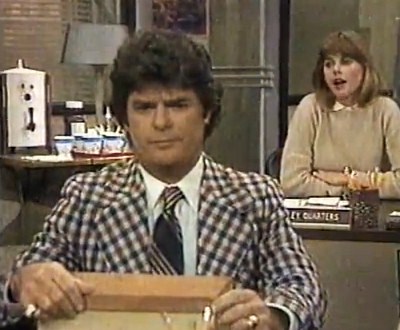 This voice actor only has a few credits, but one of them is very memorable! I’ll just get right to it – the voice of the original Lion-O and Snarf on Thundercats!  Mr. Larry Kenney!  (He also portrayed Claudus in the 2011-2012 version) 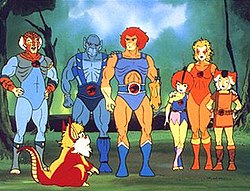 Our next actress appears on Arrow (and The Flash) as Lyla Michaels. She also appeared as Lilly on The Walking Dead back in 2013.  Other credits include Lie to Me, House, Castle, and the TV series Minority Report. Ms. Audrey Marie Anderson! 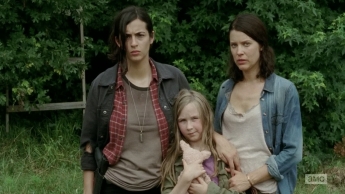 This actress usually charges for her autograph, including selling signed bottle openers (guess the coconuts are too hard to open).  You might also notice she shares the same PO Box location with two addresses further down on this list. She appeared on the TV series Maverick, Cheyenne, 77 Sunset Strip and 86th Precinct before landing the role as Mary Ann Summers on Gilligan’s Island – Ms. Dawn Wells! 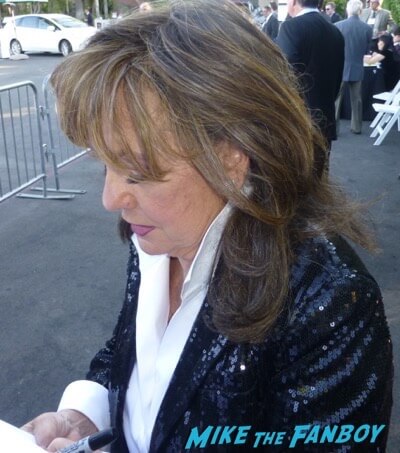 This actor has only 30 credits to his name, but two of them are in iconic roles. He has also appeared in the TV series Diagnosis Murder, Dragnet, Murder She Wrote, Hunter and Knight Rider.  But the role he played in two films as simple “Non” has endured for decades. From Superman and Superman II –  Jack O’Halloran! 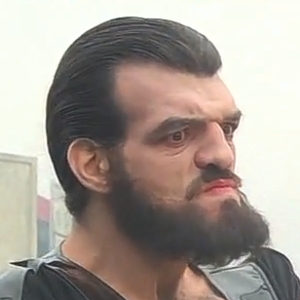 Just for fun, you might also want to send to this great actor who also shares a mail box location with both Dawn and Jack O’Halloran. He starred in the films The Godfather Part III, Searching for Bobby Fischer, Underworld and Bugsy. But it is his role as David Rossi for almost 300 episodes on Criminal Minds that keeps him busy these days – Joe Mantegna! 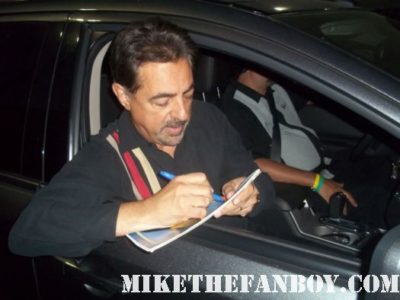 Finally this week – speaking of Superman – an editorial.

Fan-friendly actress Sarah Douglas took to her Facebook page recently saying two major things. First, she is taking a break from signing through the mail.

Second, she explains why.

She enlists the help of her niece to fulfill her many autograph requests. (We featured her in an article almost a year ago.) Turns out there have been more and more people sending in multiple items to be signed, including “Stephen” who said he had 12 family members who were “enormous fans” and sent 12 identical Superman custom cards for her to sign.

Further investigation by her fans turned out Stephen/Steven has an eBay store where he sells said custom cards for $14-50 each. He currently has over 1,000 such items in his store. (I am not going to link it here.)

Here’s the deal.  Whenever you write to a celebrity, keep in mind they are doing it because they love their fans. Don’t take advantage of their generosity. When I send, I usually only send 1 – sometimes 2 photos or cards. Don’t ruin things for everybody else. Be courteous, be polite, include return postage, and don’t be greedy.

While some people TTM and hustle IP for things to sell, the majority of us are just fans. But sending 12 items per person really puts a dark stain on all of us.

If you want to view Sarah’s post in full, you can do so at her website at: facebook.com/SarahDouglasOfficial/

Be kind everyone – and may your mailboxes be full and your stamps Forever.