Hello again TTM Fans! TTM Troy here with this week’s list of hot addresses for you to try! These addresses have all seen activity within the last few weeks so they are great bets on a successful return! As always, please do your due diligence – aka research – on an autographs you get through the mail. In a world of autopens, secretarials and just plain fakes, you can never be too careful!  Here we go!

I’ve been holding onto including this first actor for a couple of weeks since I try to limit UK addresses to one a week. This actor was recently seen in 8 episodes of the TV series Delicious, but has also been seen in Resident Evil: The Final Chapter (and Extinction) as well as Lara Croft: Tomb Raider and also in Downton Abbey.  But most fans will recognize him from 48 episodes of Game of Thrones as Jorah Mormont – Mr. Iain Glen! 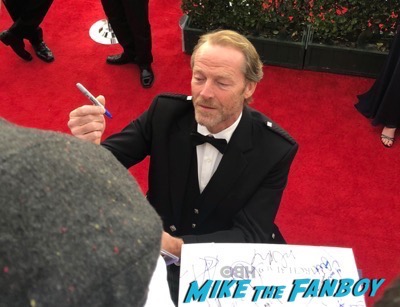 This actress guest-starred in two episodes of Trial & Error, and was also seen in the TV series Mom. You probably also recognize her from the films Bewitched and Pushing Daisies and a 5 episode appearance as April on Glee – Ms.Kristin Chenoweth! 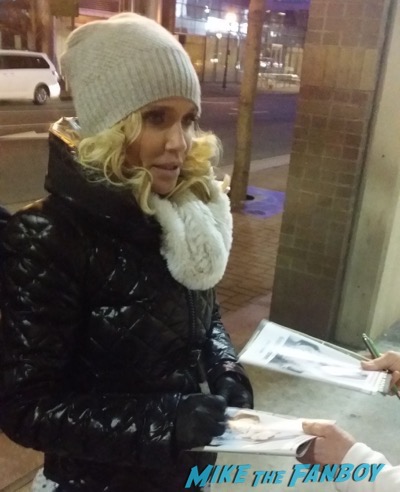 This podcaster and professional wrestling personality started with the Continental Wrestling Association in 1982.  We went through several other affiliations before hitting it big with the World Wrestling Federation in 1993.  In addition to being a wrestling manager, he has also wrestled and provided commentary during matches. He even owned his own wrestling organization Smoky Mountain Wrestling from 1991-1995. Mr. Jim Cornette!

This actor appeared on 81 episodes of CHiPs as Harlan Arliss and also appeared on Columbo, Happy Days, The Virginian, LA Law, My Name is Earl, Raising Hope and more. Mr. Lou Wagner!

I just featured this musician and actor back in November, but I have been seeing successes all over the place, so wanted to give him another shout-out! From National Treasure: Book of Secrets, Black Dog, The Long Ride Home plus over 20 albums – Mr. Randy Travis! 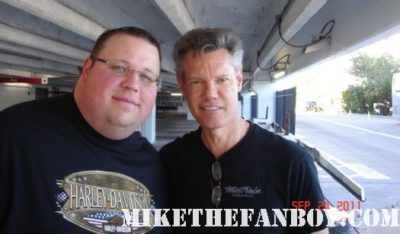 I know this next actor from the unconventional finale of Quantum Leap where he played the bartender Al. But he was best-known before that as Jack Dalton on the original McGyver series and his many film roles since including Timecop, My Cousin Vinny, Courage Under Fire, Rosewood, Animal House and – oh yeah, cant forget a role as Major Ryan on Babylon 5…. Mr. Bruce McGill! 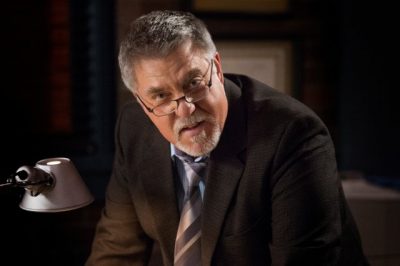 This actress has over 60 credits including the films Nashville, Grandma, I Heart Huckabees, and 9 to 5. On television you have seen her on Sesame Street, Murphy Brown, Desperate Housewives, NCIS and her famous role as the voice of Valerie Frizzle on The Magic School bus – Ms. Lily Tomlin! 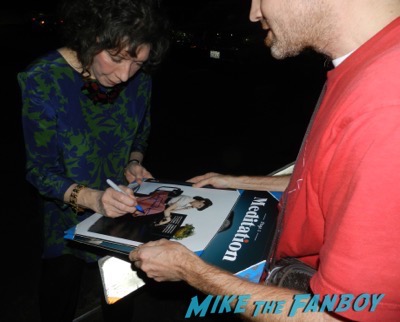 This actor has appeared in several horror films including Halloween III, The Fog, My Bloody Valentine 3D and more. He has also appeared on the TV series Oz, Law & Order: Criminal Intent, Walker Texas Ranger, The Equalizer and others. Mr. Tom Atkins!

This personality hosted The Hollywood Squares for many years and also appeared as a game show host on the series Sabrina The Teenage Witch and Burke’s Law. He also appeared on the great series The Love Boat and CHiPs and was Bert Healy in the original Annie movie – Mr. Peter Marshall!

And finally this week, she portrays Santana on the Taken TV series, and also appeared in 10 episodes of The Flash as Gypsy. You may also remember her from her roles in Sleepy Hollow, the Nikita TV series, Castle, NCIS Los Angeles and more – Jessica Camacho!

Good luck everybody! May your mailboxes be full and your Stamps Forever!