Now, I promised about doing a step-by-step TTM process article… I am working on it, so it will take a little longer… It has just been so crazy this last week! It probably will be a rollercoaster ride this week as well… I will most likely get it to you within the next couple weeks…

Regardless, Let’s start with your Broadway scoop!

Daniel Radcliffe might be sending pre-signed photos now… There is hope for all of you who sent! While there are five or six pre-print successes, a TTMer on Collecting Autographs Through The Mail page on Facebook posted a pre-signed success… While this is not definitive proof, it basically tosses everything up in the air… I will keep a close watch for all of you! 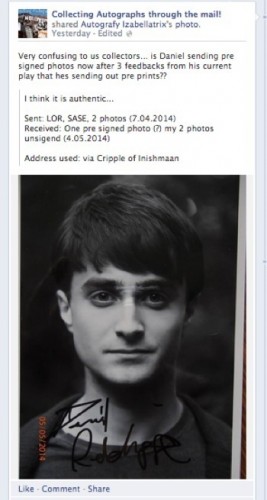 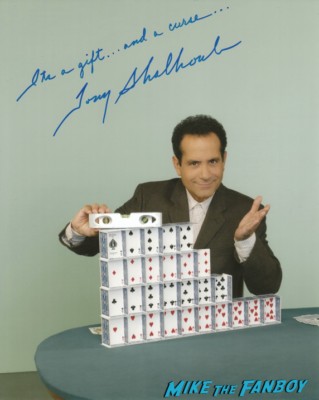 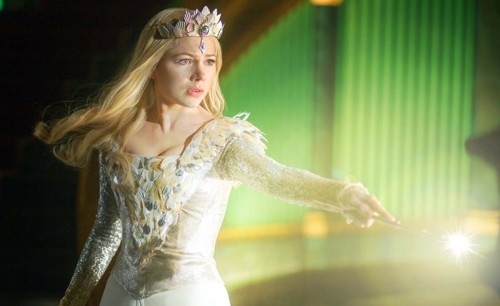 Priscilla Presley is no longer signing TTM according to her Facebook Q & A… She signed for a pretty long time, and she claims it became too time consuming! Thanks Priscilla for letting us all know!

Let us know what you think…


REMINDER: Send in your TTM SUCCESS stories if you have any!  We’ll Post And Share! Send them in by this friday and we’ll get another post up!!

So, if you want to send in your successes email it to mike at (@)mikethefanboy.com
Tell us what name you want to put it under… and throw in some commentary if you would like!

Now, remember, there is always a graphing opportunity out there… You just have to find it.
If you have questions, concerns, Ideas…