Unfortunately, today’s article is going to be rather sad and short. In the last two days, we have lost two Hollywood legends: Robin Williams and Lauren Bacall.

Regardless of authenticity debates and discussion, these two entities returned fanmail for many years.

Robin Williams, legendary comedian and actor, will remain in our hearts forever. While I know now that in the later end of his life he used a secretary to return his fanmail, there were plenty of fans that received very authentic replies by the actor.

He was great to his fans all over. I never once saw him turn down a request. I had seen many requests from service men and women that would stand apart from the rest. I have no doubt in my mind that those returns were sorted to get Robin’s personal touch. While we can never know the authenticity for sure, the one thing I know is Williams touched the lives of millions. 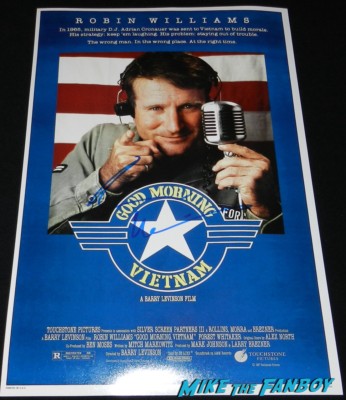 My brother and I loved his work. He will always be in our hearts. We were raised on his films so I thank him for his life. He will never know the multitude of lives he touched with his movies.

Lastly, Lauren Bacall of the legendary silver screen passed today. I know of countless fans that had her among their personal collection. She was among the first people I sent to when starting my TTM adventures. Over the years, I sent multiple of requests and built up a small collection of my own. 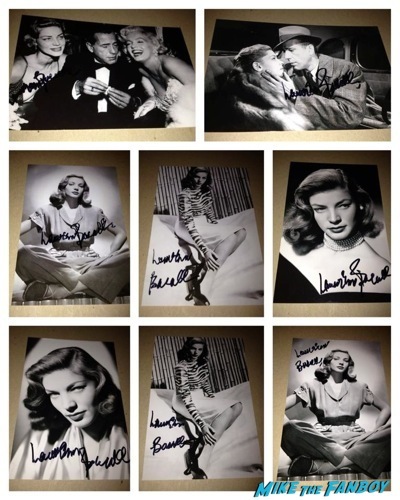 Of course, I made several mistakes when starting, but having some of these “mistakes” only makes me disappointed that I took them for granted.  I will cherish them for the rest of my life.

She was a staple in the TTM community and I wish her family all the best in the world. The same for Robin.