Hey kids,
So sorry this is up late. I’m still in SDCC mode! Doh!
M-
Hello Autograph Hounds!  I hope you all had a tremendous week, personally and at the mailbox.  I am truly grateful to be able to once again, write this weekly post.  Troy and ACE had set the bar extremely high, I am amazed by the support and great comments I have received the last few weeks.  I hope this week continues to help bring ttm successes to each and every one of you…
So lets get to it.  I read this week that another childhood staple, the New York Daily news is having financial issues and has issued a massive layoff. As a kid (I just turned 41 sunday)  the daily paper was a must have.  But as a child it meant something different to us than our parents…. The Daily Funnies!
This first comic artist was my absolute favorite.  Drawing since 1978, from Marion, In.   He is the Creator of the funniest, lasagna eating, spider hating, laziest cat in comics… Garfield!
Jim Davis
c/o Paws Inc
5440 E. Co.rd 450 N
Albany, In 47320 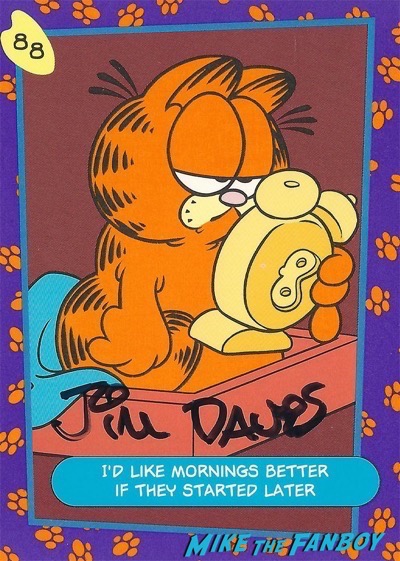 This next artist, started back in 1960 as a writer for Hallmark greeting cards.  It wasn’t until 1970 that the Chicago Tribune picked up his cartoon strip of Broom Hilda, that his career finally took off.
Russell Meyers
c/o Tribune Media Services
435 N. Michigan ave. #1500
Chicago, Il 60611 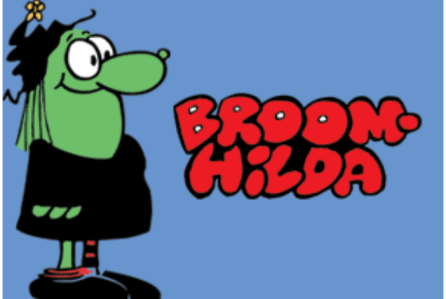 These next two cartoonist, are famous for drawing the same character.  Dennis the Menace was the original Mayhem.  Not only brought to life everyday in the papers, but he also had his own tv show, and movies to follow.  Just watch out for that slingshot in his back pocket, and lord help MR WILSON!!!!!!!
Ron Ferdinand
201 Birchwood dr
Pine Bush, Ny 12566
Marcus Hamilton
Po Box 691703
Charlotte, NC 28227 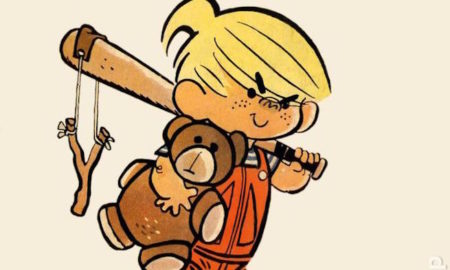 Living in Kentucky, this next comic strip hits close to home. Hiding from the law in the hills of Kentucky lived a hillbilly Snuffy Smith with his wife Loweezy with their two kids Jughaid and tater.  making their moonshine, hiding from Sheriff Tait.
This redneck daily tale was brought to life by
John Rose
c/o King Features
300 W. 57th st. 15 fl
New York, Ny 10019 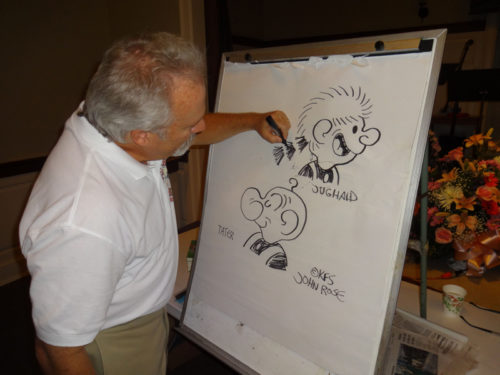 One of the few Female cartoonist, hails from Canada!  since 1978 she has been sharing the story of the Johnston family, in For better or for Worse… which has been carried by over 2000 newpapers across the globe, and earned her the National Cartoonist Society Rubens Award,  which she was also the first woman and Canadian to win the award…
Lynn Johnson
Po Box 100
Cobeil, ON
P0H 1K0 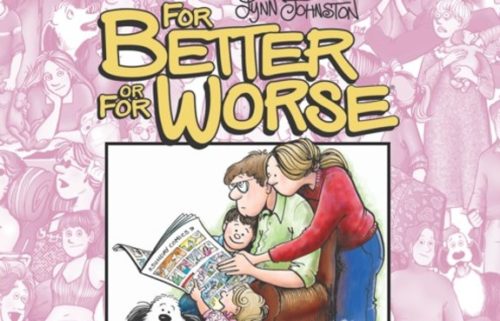 Our next artist got his start in the Daily Orange, the Syracuse University paper. First writing a strip called Hector, sadly it failed to reach a bigger audience.  He quickly changed directions and never looked back.  Telling the story of an young African American couple Officer Joe and Marcy Cobb and their 4 children Sunny, Jojo and twins Tommi and Teddy.  Jump Start entered Syndication in 1989
Robb Armstrong
c/o Universal Uclick
1130 Walnut st
Kansas City, MO 64106-2109 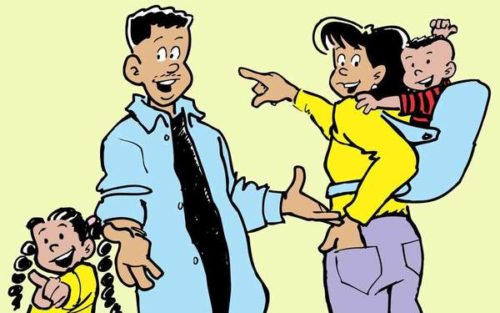 When Talking comic strips, the one name that always comes up is Joe Kubert.  he was an artist that started a school in New York for to help teach the fundamentals of art and craft to comic illustration.  sadly Joe Kubert passed away in 2012.  But the Kubert school still goes on and is run by his son Andy Kubert.  which has done works in the daily funnies and monthly comic books
Andy Kubert
The Kubert school
37 Myrtle ave
Dover, NJ 07801 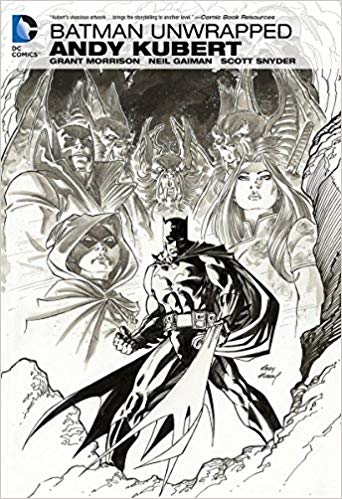 Well, Collectors that is all the time I have for this week.
Did you get any successes this week?  Id love to hear about them.  get on facebook and check out my page
May I Have Your Autograph Please
Until next week, Lets keep them post office workers busy!
-Travis
Share on Facebook