It’s TTM Tuesday guys! Whoo to the Hoo! Ace has given us a quick recap and bemoans the holidays! Apparently, celebrities are just like us and don’t really answer fanmail over the holiday season! What! They have families and plans and parties! Say it ain’t so!

Check out Ace’s TTM Tuesday after the jump!

I will be honest guys, mail has been really bad lately! I bet a lot of TTMers are feeling it out there! There are a few reasons for this. The first reason would be due to the passing Holiday Season. During the Holiday season (November-January), most people are spending time with their families! They don’t have time signing fanmail! I usually go crazy during the Holiday season writing letter after letter. Then, I send all the letters in January.

The second reason would be, I didn’t send my batch of TTMs until yesterday… I am what people call… a Procrastinator. LOL!

Disregarding all that useless information, let us get on to the recap! Please forgive me! I don’t have a lot to show this time! Just wait until next week…

If you have been reading Mike and Elisa’s articles, you know Jessica is amazing! She rose to prominence in 2011, starring in seven films released in that year – The Debt, The Tree of Life, The Help, Coriolanus, Take Shelter, Wilde Salome and Texas Killing Fields. Not to mention, she is winning all these awards for ZERO DARK THIRTY! She is also on broadway for The Heiress! 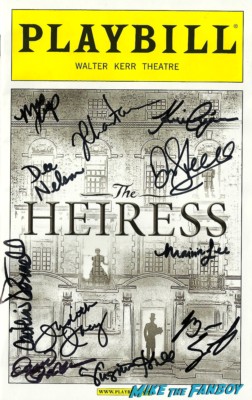 From a very young age, I loved comics… I was always a collector. I thought comics just looked so cool, so I bought tons of them… It was only later that I actually read them. I have been a collector of signed comics as of late… I think they look amazing! I try to get as many comics and magazines signed as I can… Of course, most are obtained IP.

He is best known for his work as one of Jack Kirby’s inkers during the late-1950s and 1960s period known as the Silver Age of Comics, including on some of the earliest issues of Marvel Comics’ The Fantastic Four, and as the signature penciler of Marvel’s World War II comic Sgt. Fury and his Howling Commandos. He also has worked on Ghost Rider, Captain America, X-Men, and the Incredible Hulk. Ayers was inducted into the Will Eisner Comic Book Hall of Fame in 2007. 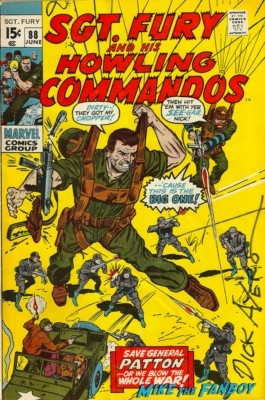 I love Kevin Spacey’s acting! I will be honest… He is a wonderful actor… As a horror fanatic, Se7en (Seven) is just amazing! The day I got this in the mail was the day I watched Horrible Bosses… Just a very interesting coincidence…

This TTM is definitely a testament to the hobby… This took 3-4 years to get a response… Regardless, I am so happy!

Watch these movies!!! The Usual Suspects (Best Supporting Actor), followed by a Best Actor Academy Award win for American Beauty (1999). His other starring roles include Seven, L.A. Confidential, Pay It Forward, K-PAX, and Superman Returns in a career which has earned him several Emmy and Golden Globe nominations. 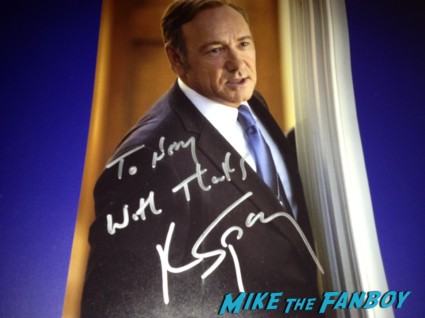 Lastly, but not least,

Best known for her role as Marion Cunningham on the television series Happy Days from 1974 to 1984.

I will be honest… I got her mostly because she is Grandma Squarepants in Spongebob! LOL! She has been an absolute wonderful voice actress since her time on Happy Days! 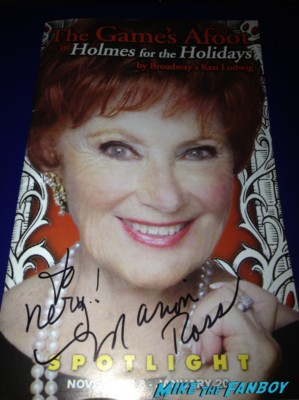 That is it for today! Hope you guys enjoyed! Now, remember, there is always a graphing opportunity out there… You just have to find it. I wish you all the best!

Until Next time, Ace, the Autograph Addict