Home / Ace • Fanboying! • TTM Tuesday! / TTM Tuesday! The Worst Fail EVER! Ace Not Only Gets A Nasty Letter Back From His Fan Letter But Someone Steals His Cash! A Must READ! Autographs! And More!

I have to tell you, when I saw this letter I said to myself… Hot damn and Holy Hell! Ace is giving us this weeks TTM Tues but with a twist! Ace is actually going to talk about his worst fail ever, in fact it’s a pretty damn nasty letter!

I have sent out a few TTM requests myself and all of them have been pretty cool. NOTHING LIKE THIS! LOL… I love it! It’s a fun response. You guys have to check it out. It’s fun.

Check out Ace’s full TTM Tuesday report after the jump!

Today, I am bringing you probably my most disappointing failures. With TTM, you have the potential be shocked with plenty good surprises! Most of the time, they are wonderful!  Unfortunately, I cannot bring you one of those today!

Regardless, we are going back into my vault to show something I don’t really like to talk about. Probably, one of the three worst responses I have ever received.

A few weeks back, Richard Griffiths died at the University Hospital Coventry on 28 March 2013 as a result of complications following heart surgery. He was 65. His funeral took place at Holy Trinity Church in Stratford-Upon-Avon, Warwickshire on 9 April 2013, with over four hundred mourners, including Daniel Radcliffe, Alan Bennett, Michael Palin, Richard E. Grant, Jack Whitehall and Judi Dench. 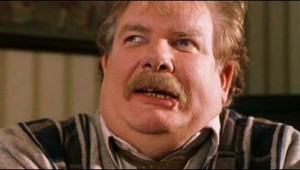 Now, while I wish the man the upmost peace in the afterlife, he wasn’t the nicest man. I will be honest, he was a terrific actor…He was known for his portrayal of Vernon Dursley in the Harry Potter films, Uncle Monty in Withnail and I, Henry Crabbe in Pie in the Sky, and King George II in Pirates of the Caribbean: On Stranger Tides. He also appeared as a British journalist in Richard Attenborough’s Oscar-winning 1982 film Gandhi. 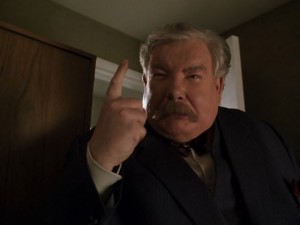 I wrote him a letter several years back with a few photos. I supplied some money in order to receive them back… Well, of course, I received my items back. Unfortunately, unsigned with this note. 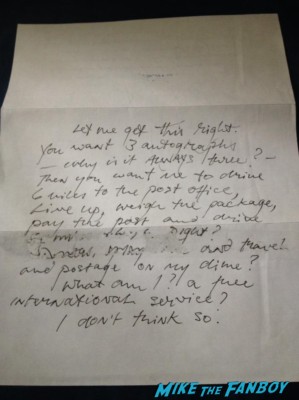 Regardless, it seemed as though he kept close with his character Vernon Dursley in Harry Potter…

I tip my hat to you, Mr. Griffiths…despite all this… 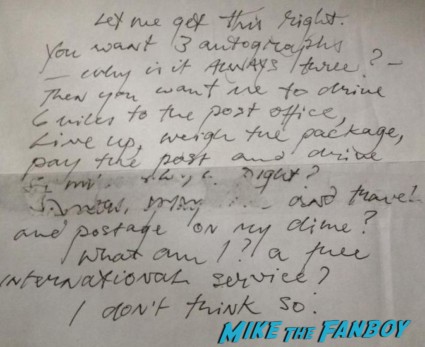 Well, I hope you enjoyed this article guys…
Now, remember, there is always a graphing opportunity out there… You just have to find it.
Until Next time,