This week the CW gets back in gear with new episodes which leaves just ABC with a few shows on leave (namely Once Upon A Time, Agents of SHIELD and their Thursday night Shonda shows).  Otherwise everyone should be back from break. (And there was much rejoicing!) Meanwhile, Syfy Fridays gets a viral makeover and lots of cable shows are getting their start!

WWE SmackDown has long held a stranglehold on Syfy Friday nights. This week, the big guys in colorful costumes make way for Syfy’s big shows which will make you reach for the hand sanitizer. Helix (produced by Battlestar Galactica/Outlander’s Ronald D Moore) is back for a second season to investigate a deadly outbreak of a new disease on a cruise ship. Their investigation leads them to a mysterious island inhabited by a cult with the hope of creating a utopian society. Steven Weber joins the cast as a cult member. 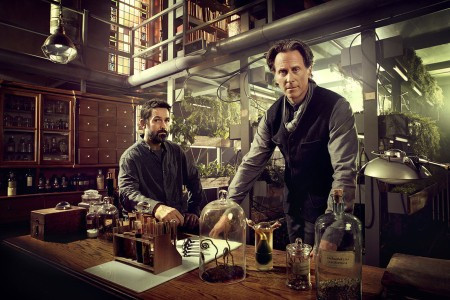 Also on Friday, Syfy is debuting their new show, 12 Monkeys. (Read my review for more on how the TV and movies compare.) Based on the gem of a movie, the series stars Aaron Stanford and Amanda Schull. Similar to the film, this is a time traveling story about the two of them who try to stop a deadly virus from killing 7 billion people.

The Librarians is wrapping up its light and frothy first season. While there’s no word on renewal yet, but they have a good shot at returning next year, possibly with Noah Wyle in the cast since Falling Skies is headed into its final season. 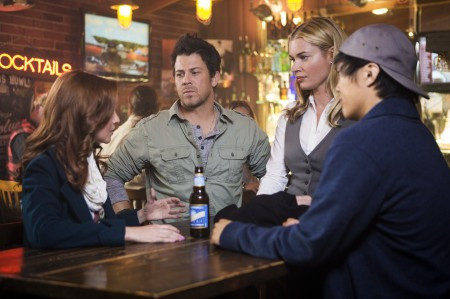 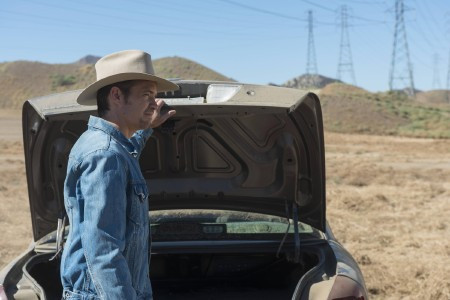 The Fall’s second season debuts on Netflix this Friday. While the show is about a detective chasing a serial killer, this is not your standard procedural. Watch serial killer/every day guy Paul Spector (Jamie Dornan whose smolder and abs star will star in50 Shades of Grey) get hunted by Detective Superintendent Stella Gibson (Gillian Anderson).

Fox’s big bet, Empire, conquered with stronger ratings than its lead-in show, American Idol, and some serious DVR play. Looks like we’ll continue to see Cookie and Lucius battle it out for control of the company and their sons for some time to come! 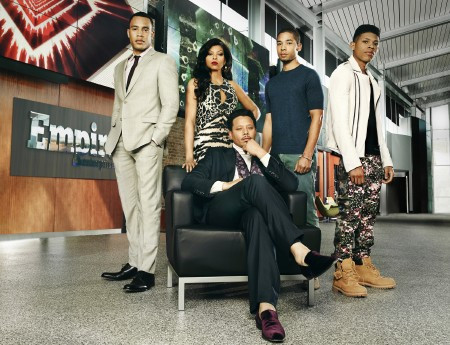 Meanwhile, Galavant didn’t keep its decent debut audience so this show may not stick around very long. Quirky and broad, I have trouble watching it since the main theme is too close to the composer’s own “If I can’t love her” from Beauty and the Beast. Yeah, the similarity isn’t why the ratings are declining, but it still bothers me! Anyway…

Other shows are facing a possible chopping block since the new year started: Resurrection, Revenge, Forever, Cristela, About a Boy, Hart of Dixie, The Mysteries of Laura, State of Affairs, Stalker and CSI.

Netflix’s Marco Polo will continue to explore for another season, Masterchef Jr will continue to cook and things will be real with Bill Maher for another 2 years.  Comedy Central has also renewed Broad City which hasn’t even started its second season yet. But not all news is good.  FX’s Brickleberry will end after season 3.

The CW’s online channel (The Seed) will debut an animated series based on the Vixen comics. She’ll be visited by Arrow and the Flash to keep the synergy going. While older sister network CBS is working on a Supergirl show, word is that she will not be crossing over to Starling or Central City anytime soon.

Fresh off its Golden Globe win for Transparent, Amazon has announced that Woody Allen is writing and directing his first TV series.  With such a big name, it’s not a surprise, this project has already been ordered for a full season.  Details are very sketchy on this show.  We know it’ll be a half hour and, yes, Woody will be involved in writing and/or directing several episodes. No word on cast or anything else at this time. Woody seems like his usual optimistic self on this new venture: “I don’t know how I got into this. I have no ideas and I’m not sure where to begin. My guess is that Roy Price (Amazon Studios VP) will regret this.” 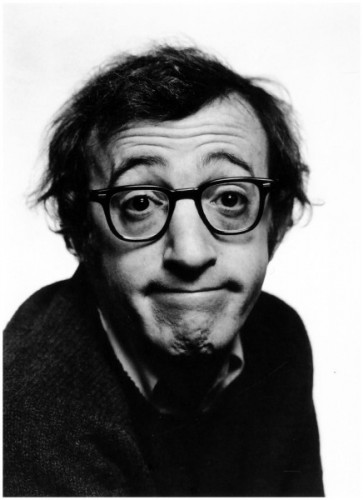 Let’s Get Together! Yeah yeah yeah!

At the ATX Festival in Texas, they will have a fast-talking panel with the reunion of the Gilmore Girls with Lauren Graham, Alexis Bledel and showrunner Amy Sherman-Palladino. ATX will also feature a Queer as Folk reunion (with everyone except Hal Sparks at this time). 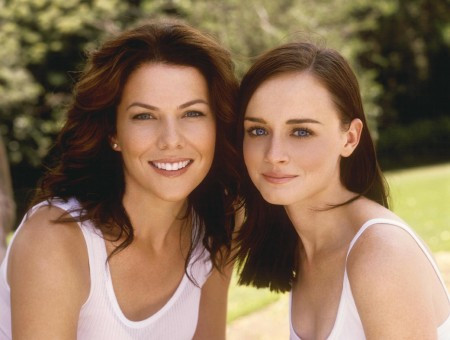 The Mysteries of Laura will also reunite Will and Grace. Eric McCormick will guest star on this show which is likely getting a pink slip from the network.