The Lovely Erica is bringing us all the scoop on the fall season. There are 44 shows premiering this week! Say wha? Seriously? Who can keep up with that much television!?! Which shows do you think are going to make it and which are going to bite the dust?

Check out all of the TV happenings below!

The end of an era! After 5 seasons, Breaking Bad is wrapping up and we’ll finally find out Walter White’s ultimate fate. Death by lung cancer? Will he get his Gray Matter due? Freedom? Will he reconcile with his family? What will happen to Jessie? With expert craftsmanship on building this series up to a crescendo I can’t wait to see how far this show will go. 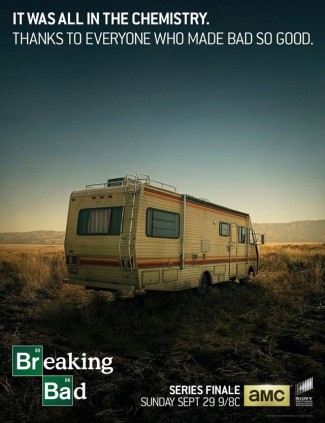 We’ll have to tune in to see how Aaron Paul’s spoiler gets worked into the story line:

But don’t despair; we can still visit the cheesy underbelly of Albuquerque crime with a Breaking Bad prequel based on Saul. Look for Better Call Saul to air maybe next Fall on AMC.

If you need a little something to tide you over until then, you can always watch a young Aaron Paul as an extremely hyper contestant on The Price is Right (seriously!)

If you didn’t catch up on last week’s whopper premiere week (27 shows!), this mondo-crazy premiere week is going to make your DVR explode with another 44 shows! Yeah, 44 more!

Once Upon A Time is right now! The show’s third season begins this week. Look for a certain red-headed mermaid to finally make sure appearance at the start of November.

Oh yes, it’s time to get your Revenge on! Don’t worry, despite the cryptic ending last season for Aidan, he is most definitely back as evidenced by this interesting tweet by Barry Sloan (in case you need another reason to watch this season): 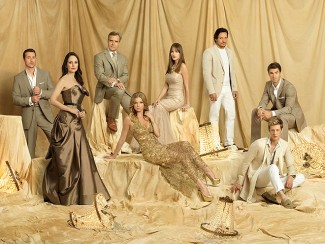 There are also a ton of other shows, so check out the breakdown of what’s new each night!

Monday: We Are Men (CBS)

Talk Time! What did you think of the Emmy’s? Seems like the big themes were death, death and more death. Oh, and cable TV is dramatic, but not as funny as network. Any surprises? Were they good or bad? 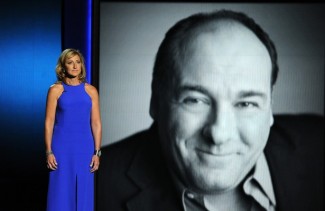 How about that Dexter finale? There was a lot of disgruntled comments on social media. Do you agree or did they end it right? 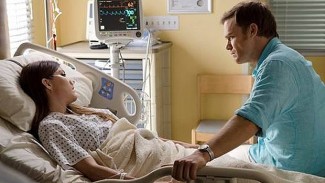 And Marvel’s Agents of S.H.I.E.L.D.? I thought it was great fun with an interesting team. Will you tune in next week? What is the secret behind Coulson’s return? 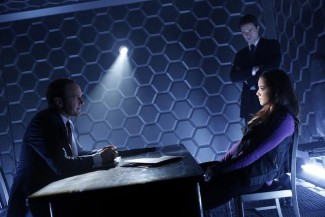