Outlander just announced the casting for a major role!  If you’re not a book reader, then gaze at the picture, but skip the article because this involves some major SPOILERS!!

There’s been a lot of speculation on how season 2 of Outlander will unfurl since, as book readers know, Dragonfly in Amber begins in a different time period that spoils the end the book.  Since we haven’t heard casting news on a couple of key characters, we can safely assume that season 2 will open up where season one left off – Claire and Jamie on their way to France to stop a revolution.

Showrunner Ron Moore has promised that we will see Brianna, but he never said if it was an adult Bree or perhaps, just a wee baby.  Well, Starz has just announced casting for a grown-up Roger Wakefield so I think we can assume we will see the 1960’s afterall!

Roger Wakefield (previously seen with biscuits and rosy, chubby cheeks in the first part of season one) will now be played be Richard Rankin.  (Young Roger did a good job growing up!) His IMDB page has his reel so you can see him in action (with and without the beard). He certainly Scottish and has Lotte’s gorgeous blue eyes, but I wonder how’s his singing voice and if he’s a baritone? 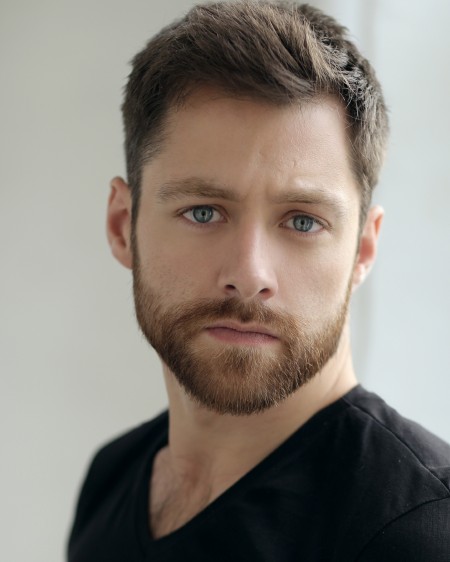 Anyway, if we have a Roger announcement, then hopefully we’ll be hearing soon about Bree! They are in the final weeks of filming season 2, I think, so don’t expect to see too much of him/them…this season.

Intelligent, kindhearted, and charming, Roger is the grown up version of Reverend Wakefield’s adorable adopted son we met in Season One. After his parents died in World War II, Roger was raised by the Reverend (with help from his housekeeper, Mrs. Graham) and is a proud Scot through and through. Now a professor at Oxford, Roger has a keen interest in history, and all the secrets and insight it presents.

Scottish born actor Richard Rankin is fast becoming a familiar face to global audiences after landing big ticket roles in Hollywood backed films, high profile British television and a good deal of stage work. Born in Rutherglen, South Lanarkshire on the outskirts of Glasgow, Rankin epitomizes the tall, dark, handsome leading man and stands 6 feet tall in stocking soles. He recently starred opposite Bradley Cooper, Uma Thurman and Sienna Miller in John Wells’ Burnt. He has also garnered praise for his convincing work in high profile television shows including the BBC drama “The Syndicate,” brought to the screen by BAFTA winning writer Kay Mellor, “The Crimson Field,” the BBC backed big budget World War 1 set mini-series, and NBC’s “American Odyssey.” He first landed on everyone’s radar playing various roles in three seasons of runaway cult comedy sketch show hit “Burnistoun,” set in a fictional Scottish town outside Glasgow. He has also taken to the stage with roles in the Laurence Olivier award winning play “Black Watch” and George Perrin’s well received “Good With People.” Most recently Rankin appeared in the BBC One hit drama “From Darkness” with Anne-Marie Duff, and he will next be seen playing a detective in “Thirteen,” a new original drama TV miniseries written by young rising star Marnie Dickens for the BBC.

Season Two of “Outlander” begins as Claire and Jamie arrive in France, hell-bent on infiltrating the Jacobite rebellion led by Prince Charles Stuart, and stopping the battle of Culloden. With the help of his cousin Jared, a local wine merchant, Jamie and Claire are thrown into the lavish world of French society, where intrigue and parties are abundant, but political gain proves far less fruitful. Altering the course of history presents challenges that begin to weigh on the very fabric of their relationship. However, armed with the knowledge of what lies ahead, Claire and Jamie must race to prevent a doomed Highland uprising, and the extinction of Scottish life as they know it.