In the past year, FX has really upped their game on creating thoughtful, suspenseful dramas including The Bridge which starts its second season on Wednesday. If you haven’t the seen the show yet, you have enough time to binge watch the show via DVD or online outlets.

Based on a Swedish/Danish TV series, The Bridge tells the story of a serial killer operating on the border between US and Mexico. The US and Mexican authorities join forces with US detective Sonya Cross (Diane Kruger) and Mexican detective Marco Ruiz (Demian Bichir) working together to solve the crime. 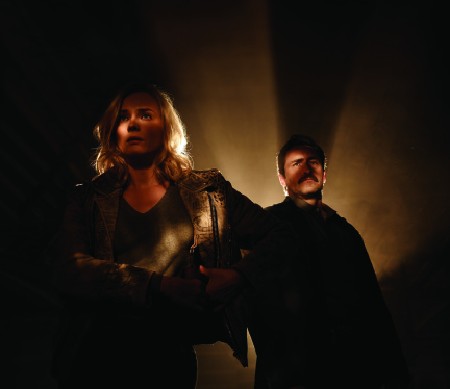 Diane Kruger took some time out of her busy schedule to chat about Sonya and the unique challenges she represents, keeping it real and what’s in store for season 2.

“I think [TV] is a great outlet for an actress because you really have 13 hours to bring a character to life,” Diane explains. “I’m not sure that this kind of character would’ve been offered to me in a movie, because people with Asperger’s are not necessarily the lead in a film. They’re often sort of used as comic relief or they’d be the odd guy that shows up every once in a while.”

With Asperger’s, Detective Sonya Cross is a unique character since audiences will have a harder time understanding emotions and reactions which may be different than their own. Diane is “very protective of her because I think it’s natural for the directors or even for people who observe a scene…to want something that is a little safer.”

“For example, we did a scene where somebody dies. It’s a very beautiful sort of teary-eyed scene. Then, somebody touches my character on the shoulder, and in that moment, they feel out of control or helpless, they can real overreact. One of the notes that I got from my Asperger’s advisor was like she would completely overreact in this situation and probably scream at this person, so I did the scene and it was quite extreme. My writer, who was on set the day, was like, ‘Well, maybe we should do one where she’s not so angry,’ and I kept saying, ‘No, no. We have to have it this way.’ So I find myself really trying to protect the integrity, even though I know it’s going to make people uncomfortable, but we’re just going to have to be okay with that.” 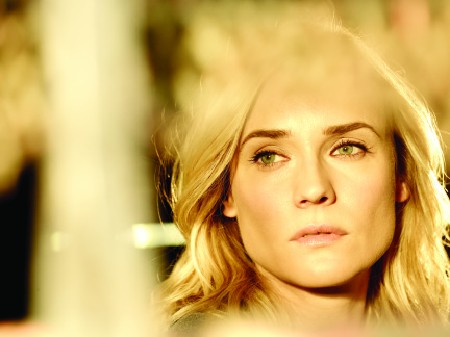 To make Sonya as realistic and fully-fleshed out, Diane researched the condition extensively and with 13 episodes under her belt, she feels “I’m really comfortable now to push Sonya because I think she wants to learn and be better socially, and she’s not a child anymore. I think the writers have been really, really good this season about giving me the opportunity to branch out and to show how she evolves, yet still obviously having Asperger’s, but like where she’s trying to be different.”

With immigration and border patrols prevalent in today’s headlines, the cast and crew have been talking about incorporating current events, but not into this current season. “Even just yesterday, I was talking to Elwood [Reid, showrunner/writer] about this. We’re [filming] episode 11, so I’m not sure that we’re going to be able to incorporate it this season, but if we should get a Third Season, I think there is definitely a place for that. It’s just actually amazing that while we’re in production how much happens at those borders. I mean we could probably go on for 10 seasons and have stories to tell of people’s crazy journeys. It’s definitely been discussed.” 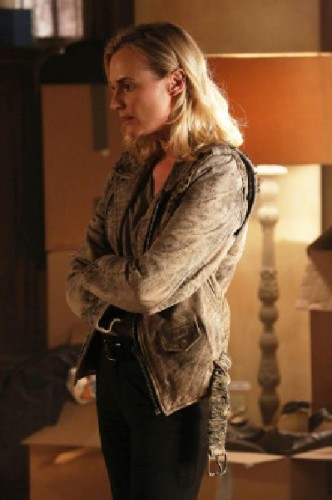 So what can we expect for season 2? “We don’t really have a classic serial-killer storyline. We were following the original Scandinavian show in Season 1, and now, we’re completely on our own and have our own stories… It’s just Elwood Reid, the showrunner, the main voice of the show, and his vision for the show is darker for sure, but also more complex.”

“Season 2 will get to see a lot of Sonya’s personal life and her relationship with Ted Levine’s character [Lt. Hank Wade, Sonya’s mentor] and Demian’s character, obviously, tested. It’s a very dark and quite emotional season for her, so it’s been very satisfying.”

“There’s not just one storyline per se, so our personal lives get involved in what is happening on the border. There are many different storylines that sort of happen at the same time, and, seemingly, are not connected, and the American involvement in the cartels plays a big part. You know, it’s a very grey show.” 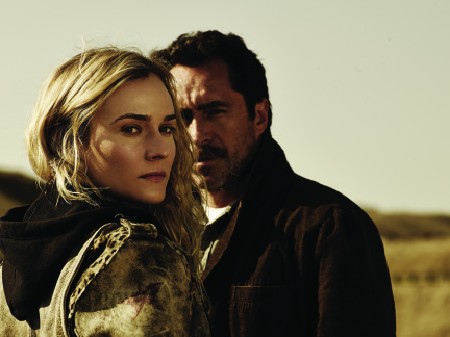 Intrigued? Tune in on Wednesday for the start of the new season of The Bridge!