Wilfred wrapped up four season of wacky with last night’s series finale on FXX. Despite the bleak ending for Wilfred, the two-part finale finally gave closure on Ryan and Wilfred ‘s relationship. I had a chance to talk with star Elijah Wood prior to the finale to get his take on the ending, what he takes away from this experience and what he’s up to next!

Casual and friendly, Elijah wrapped on the series a month before our chat and he’s “really pleased with how it ultimately comes to an end and I think, without revealing anything, it has a sense of being definitive whilst still plays with ambiguity, which I think is really important.”

For him, the theme of Wilfred isn’t so much the label on Ryan and Wilfred’s relationship, but rather, “the relationship and I think Ryan’s own personal journey.” 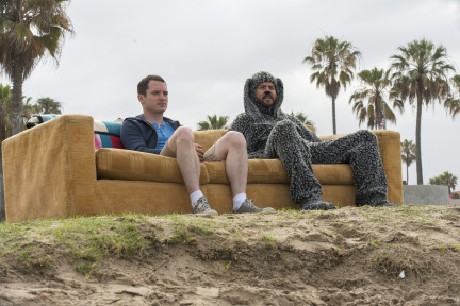 That journey began for Elijah over four years ago. “I think the pilot is the first thing that I read. ..It was the strangest thing I’d ever read and also the funniest.

“It also reminded me of Harvey, a little bit. I’m a real fan of Harvey and Jimmy Stewart’s performance and the notion that it’s sort of up for interpretation what Harvey is. And I kind of felt the same way about Wilfred. It could be about a man’s break from reality by choice.

“And also, just on a very simple kind of level, the absurdity of the idea of a man in a cheap dog suit talking to another man, whilst everyone else sees a dog was just something that really appealed to me.” 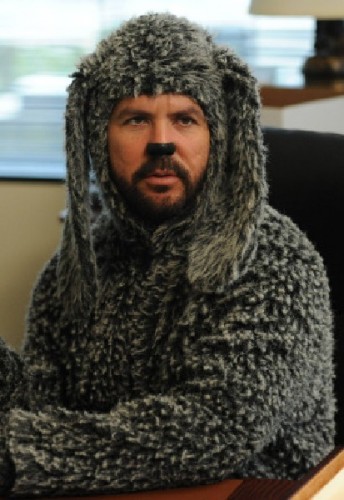 And that dichotomy was definitely one of Wilfred’s charms. Was the show a deep psychological meditation on the human psyche or was it about a guy in a dog suit that only Ryan can see? Over the course of the series, the story got a bit darker and that sparked Ryan’s ultimate understanding “of his place in the world and who he is and, more importantly, to be okay with not knowing. That’s probably one of the greatest lessons of the show and for him in his life is that you can’t necessarily have all the answers. The sort of seeking for happiness and the pursuit of that and the pursuit of clarity is ultimately futile. It’s kind of about progressing through life and not knowing; and the unknown being really good.” 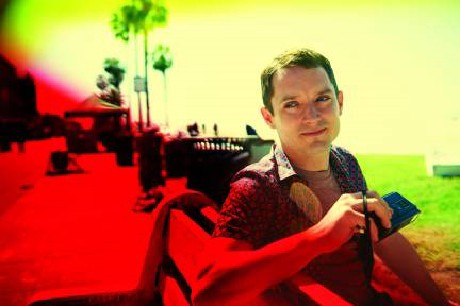 After four seasons on Wilfred, Elijah will miss the “crew and the family that had been created over the years, because it was really the same group of people for the most part for the majority of the episodes over the course of four years. So, when I think about the show, I really think about that…We got to go to work every day and have a laugh and what a gift that was, to work with people that you love, to work with material that was constantly hilarious. It was genuinely something I would look forward to every year. I’ll definitely miss that.”

Of course Elijah was a few souvenirs from the show: “I have Bear in my possession. And I have the Gatorade bong. There’s one of two, I think Jason has the other one. I was actually really scared to take Bear home. I was primarily worried about where Bear was going to go and I didn’t want it to fall in the wrong hands or to be sold or anything, so I felt like I had to save it. And I drove Bear home and put him in my house and sat him in a chair and it just felt so right. I was sitting there on my couch looking over at Bear.” 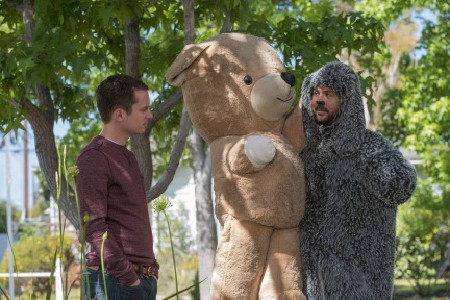 And if he really needs to get in touch with his inner-Ryan, Elijah can visit his friend’s house. “Actually a good friend of mine has a good portion of the basement. I was most sad to see the basement go. I think all of us felt a really strong connection to the space. It’s a replicate in the basement in his house, which is pretty awesome. So, I can actually go to my friend’s house and sit in the basement.” 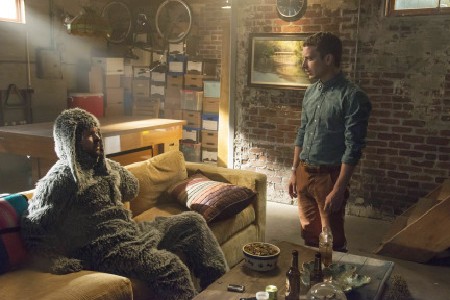 When asked if there are any parallels between Ryan and Elijah’s own life, he answers “I haven’t developed any kind of psychosis, thankfully.”

So what’s next for Elijah? Plenty since he also DJ’s and produces!

“There’s a film that I did earlier this year that just played the Edinburgh Film Festival called Set Fire to the Stars, which is a movie about Dylan Thomas’s first trip to the U.S. and the poet professor that brought him over to the U.S. That should be coming out sometime before the end of the year. And then there’s a film called Cooties my production company produced that played at Sundance. That should be coming out also, hopefully, before the end of the year that Lionsgate is going to distribute. There’s also something we produced called A Girl Walks Home Alone At Night, which I’m extremely proud of. It’s written and directed by Ana Lily Amirpour, who is an extraordinary filmmaker. It’s her directorial debut as a feature film. It’s an Iranian Vampire Western in black and white that comes out in October. And I’m really excited about people getting a chance to see that.” 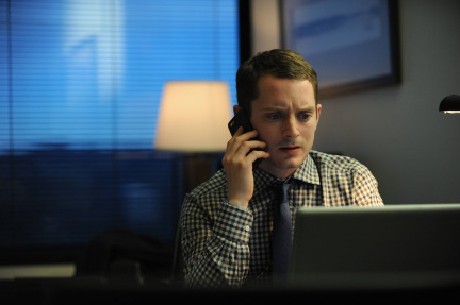 So while he’s taking a break from TV, he “definitely would be open to doing television again. It was an experience that I loved and I think that we were all very lucky to have the group of people that we have working with us. So, yeah, I think there are definitely ideas I have for television, probably more in the non-fiction rather than the fiction. And I’m curious about exploring some of those ideas.” 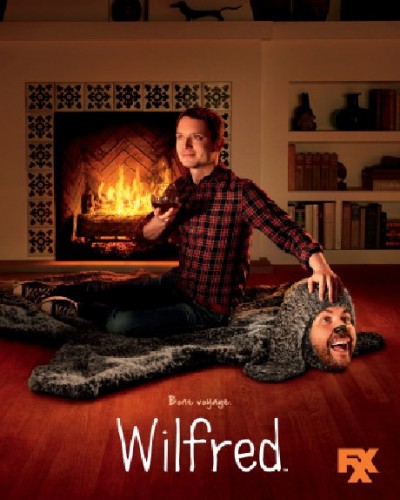