The Lovely Erica is back for another round of TV Heartbeat!

This week it’s all about the holidays with TNT’s Christmas special! Also, don’t forget Justin Timberlake is back on SNL and don’t forget that the olympics are coming up!

What’s new and notable this week? Things are still musical this week! TNT will air its annual Christmas in Washington special hosted by the incredibly charming Hugh Jackman.

Performers include the Backstreet Boys, Sheryl Crow, Anna Kendrick, Janelle Monae and Pat Monahan. Oh and Charles Barkley — No word on whether or not Sir Charles will also be crooning a Christmas tune…Let’s just hope Boyz II Men are available for emergency intervention if that happens again.

JT’s back on SNL! Yep Justin Timberlake is back on Saturday Night Live with Jimmy Fallon this week! Normally I find SNL more awkward than funny, but there are exceptions and the show seems to raise their game when JT’s on the show. 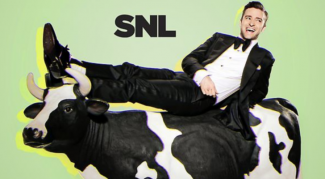 Say farewell to the 11th Doctor! Matt Smith’s finale outing as the 13th regeneration ends with this Christmas special. Take a sneak peak at what’s ahead!

Health check in! As you may have noticed, the networks have been busy with fall finales before the big holiday break. We’ll see 35+ premieres next month before schedules get wacky in February. Y’know, when 47 nations participate in 98 sporting events for the Winter Olympics. With the TV takeover during those 17 days of glory, “normal” TV programming will sort of be on hold. 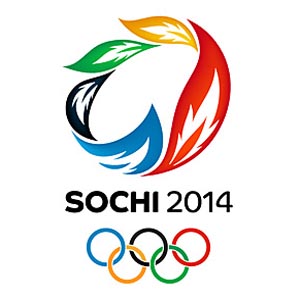 Let’s see how well these Russian ceremonies go since there’s a lot of controversy and, well, the Olympic flame died a couple of times during the torch relay. Isn’t that a sign of things to come? Although, I do wonder if it can continue to be called an Olympic flame relay if it’s re-lit with a lighter. (Classy!) 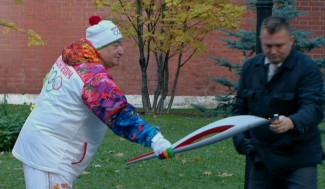 Since networks may be waiting to see how the new shows fare, we probably won’t be getting lots of updates on the fall shows so here’s a quick re-cap of where things stand. 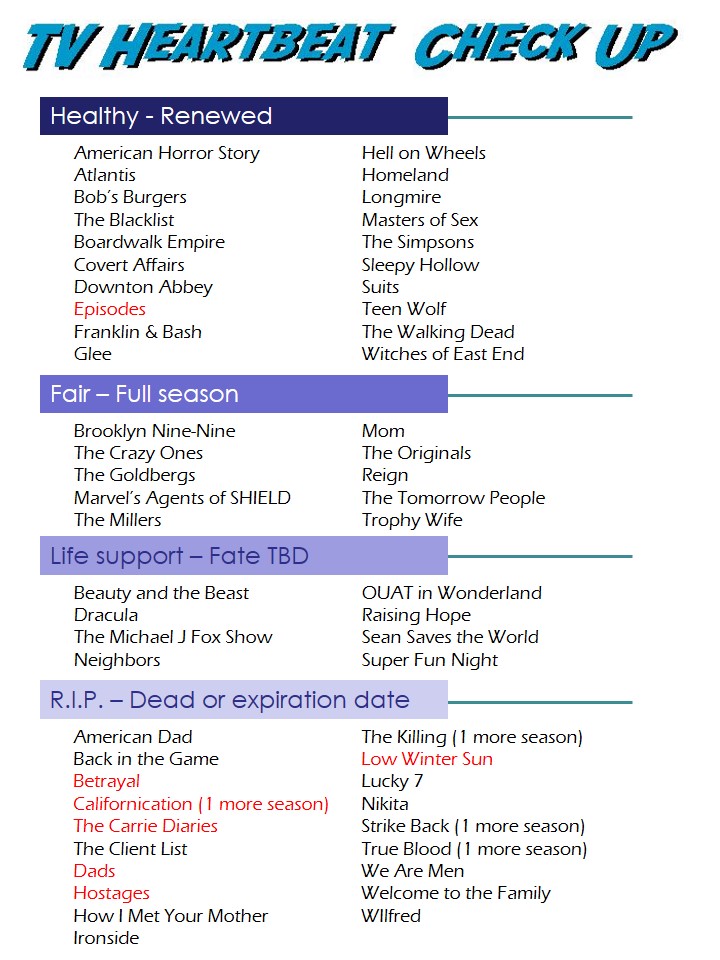 Some shows, well, the networks have quietly cancelled them by not renewing them and are quickly using up the remaining episodes. These shows include Dads, The Carrie Diaries, Hostages and Betrayal. Without further help, Super Fun Night and Trophy Wife will likely joined the expired list.