As many premieres as we’ve had in the past few days, TV is still going strong and there’s tons to see! This is the crazy week so hold on to your potatoes! We go for a ride!

Tonight that we have plenty of lady cop drama on NBC with the not-so-funny-comedy Mysteries of Laura, Law & Order: SVU and Chicago PD. It’s interesting that for the second year of Chicago PD, NBC’s marketing team is focusing a lot more on Sophia Bush, but this is still an ensemble show. Hurt Locker’s Brian Geraghy joins the show as Burgess’ new partner. 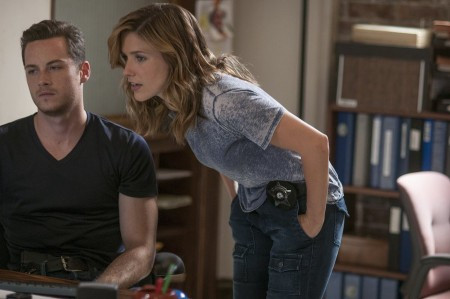 For something on the funny side tonight, ABC has its comedy lineup anchored by the big award winner, Modern Family.

Shonda Rhimes takes over ABC Thursdays with a third show, How to Get Away with Murder. Starring Viola Davis as a law school professor, and well, her law students and herself get involved in a trying to solve a murder plot. So much for “those who can’t, tech”! For fun, look for Hogwarts alumni Alfred Enoch (aka Dean Thomas) as one of her students. 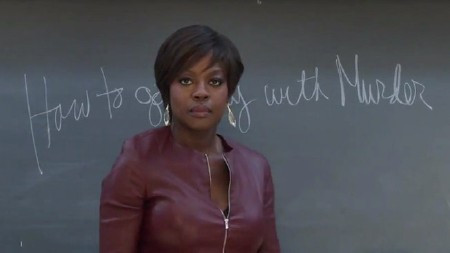 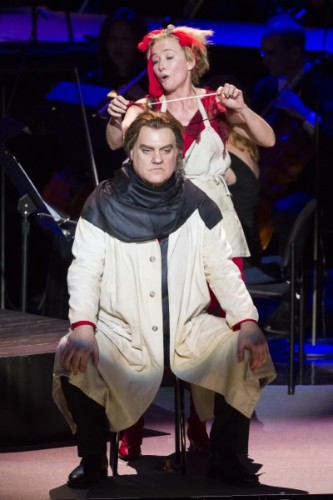 On Saturday, Outlander will have its mid-season finale (see below!). I can’t believe it’s here already! But everything is awesome with Chris Pratt opening up the new season of Saturday Night Live. The It boy of 2014, Star Lord will take the stage with musical guest Ariana Grande.

For Sunday, Fox’s comedy line-up will mostly be launched with animation AND real people since Brooklyn Nine-Nine will make the move. If you haven’t watched it yet, definitely tune in! This was my favorite new comedy of last season. 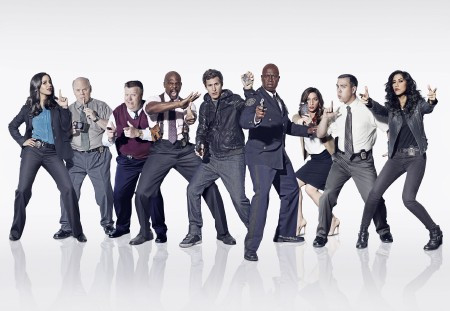 Showtime’s Masters of Sex and Ray Donovan both complete their seasons this night. They’re clearing house to make way for Homeland which starts up next week. 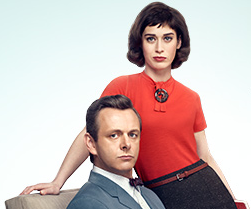 ABC’s soapy Sunday shows kick off with Frozen Once Upon A Time. Let’s see if the sisters from Arendelle can kick a little life (and coherency) into the story. 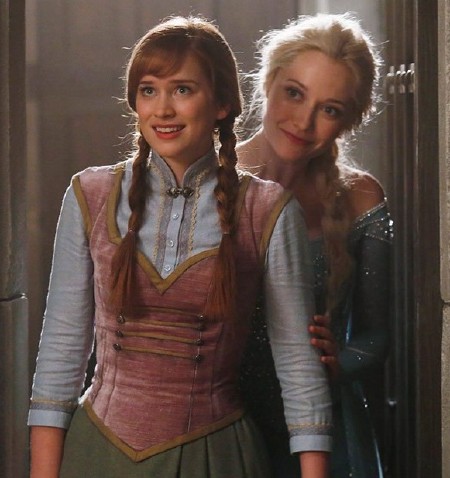 Resurrection is back and Emily Thorne continues her Revenge, but without hottie Aidan. Actor Barry Sloan is starring in a new ABC series, The Whispers, which debuts in the winter so don’t expect to see his suave self anytime soon. 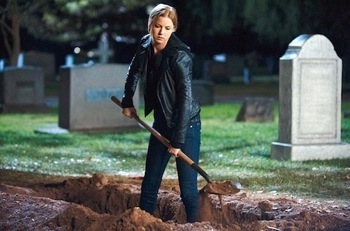 Monday’s Castle will pick up after the wedding-that-wasn’t. Beckett is trying to piece together what happened after finding Castle’s car in flames. Definitely kills the honeymoon mood if the groom went up in flames… 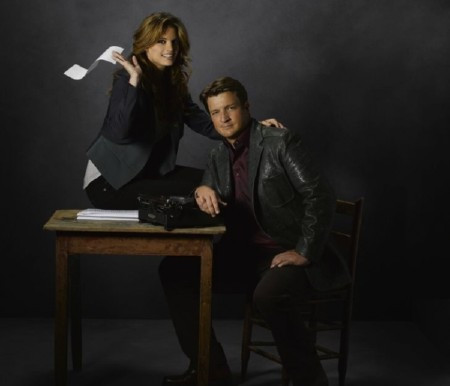 ABC has some new comedies to debut for Tuesday. Karen Gillan (Doctor Who, Guardians of the Galaxy) and John Cho are in the very awkward Selfie. It’s My Fair Lady updated for social media in a very implausible set up. (And it’s not funny.) That’s followed by Manhattan Love Story which is a romantic comedy with interior monologues starring Annaleigh Tipton and Jake McDorman.

Wednesday will be littered with crime as Criminal Minds returns and CBS debuts Stalker. Stalker is the latest show from Kevin Williamson (Scream, Dawson’s Creek, The Vampire Diaries) and stars Maggie Q and Dylan McDermott as detectives who stalk stalkers.

Recovered from that wedding yet? I know a lot of you watched since Outlander’s ratings last week beat the debut of Beyonce and Jay-Z’s concert on HBO! Yeah! The couple of the night was Jamie and Claire and not Bey and Jay-Z. (We all knew that, but it was good to see how many of us there were!)

And now we’re onto the midseason finale!!! Yeah and boo at the same time!!!

After being singularly focused on returning to Frank and the 1940’s, Claire is starting to question where and when she belongs. Jamie will unknowingly continue make a persuasive argument for staying…

I can’t believe how quickly these 8 episodes have flown and there’s still SO MUCH left in the book. I’m thinking we may be ending on a cliffhanger of sorts which is going to be pure agony for several months!

Before the season began, I thought we’d be much further along so the second half is going to fly…whenever we get there! Starz still hasn’t announced when the next 8 episodes will begin airing, but speculation has it around March after Black Sails has completed its second season. This has been such a long shoot, production on the first season is wrapping up today, nearly a full year after they started!!! (To contrast, most network shows are 22 episodes and film August to April.)

Ah yes! And now onto the health check which is where I give you an idea of whether or not your favorite shows will stick around. But remember, their status can change week to week if ratings swing or as DVR numbers get factored in. 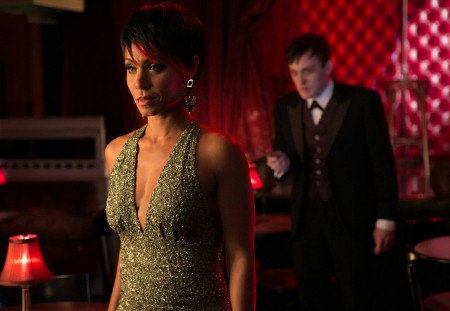 The Blacklist and The Voice came back pretty healthy, if a bit softer than hoped for. Forever had one of the strongest Tuesday nights for ABC so while its numbers aren’t huge compared to other shows, it actually did pretty well considering its circumstances. 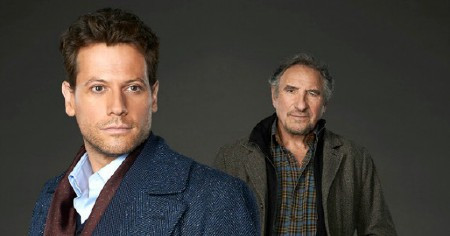 Sleepy Hollow came back with disappointing live numbers and also lost a chunk of Gotham’s audience. Marvel’s Agents of SHIELD, New Girl and The Mindy Project also came back lower than expected so here’s hoping that the DVR numbers take a healthy leap!! At least Agents of SHIELD had a large twitter presence which also helps. 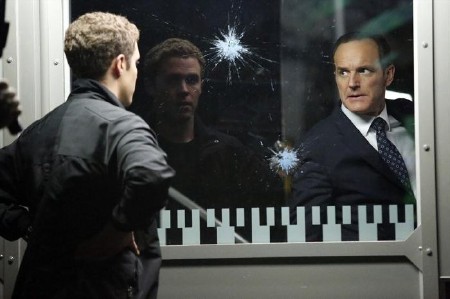 Red Band Society is another show that needs some more eyeballs. The producers are already saying this show works best as a limited run so the feeling is really precarious over there. Tune in tonight! 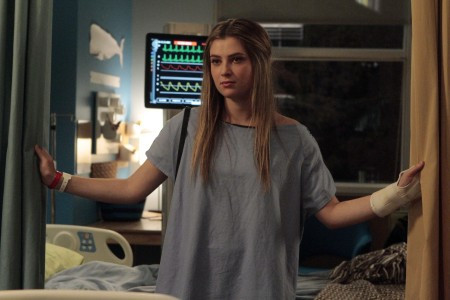 With superheroes the hot trend for the season, CBS has finally acquired one of its own for next season. While ABC has those SHIELD agents, NBC has Constantine, Fox is visiting Gotham weekly and the CW has guys in tight leather suits (Arrow and The Flash). Now CBS will have….Supergirl!

Will she be 40 years old and solving procedurals each week?

Nope, she’s supposed to be 24 and tired of being normal and will embrace her inner super.

That sounds more like a show fit for The CW, which is owned by CBS. But CBS wants a super and, perhaps, needs a younger show on the network so Kara Zor-El will be at CBS. Produced by Gerg Berlanti (Arrow and The Flash) I’m guessing it’ll have a different tone than those other shows…