This week we say goodbye to two more series. Doh. And one… I thought was doing well. Man oh man… You just never know where the fickle finger of fate will fall!

The Lovely Erica has the television scoop, some filming insights and more!

What’s happening now? Things are pretty quiet so there aren’t a lot of “must see!” shows up this week. So with some free time on our hands, let’s think about getting away from it all!

Location, location, location! As the weather turns towards winter, it’s always fun to plan those getaway vacations, right? How about a trip to King’s Landing? Or maybe Downton Abbey? Some of these gorgeous settings are actual existing locations that you can head out to see if you just happen to be in the area…

Want to visit Game of Thrones’ Kings Landing and the site where King Joffrey was assaulted with a cow pie? (Ah! Good times!) 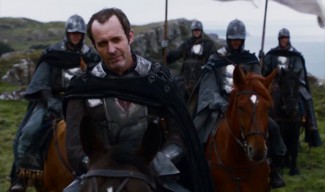 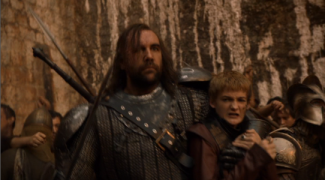 You’ll have to do more than cross the Narrow Sea to get there, but it is possible to walk those streets if you visit lovely Dubrovnik, Croatia. While many of the interior scenes are shot on a soundstage, Dubrovnik stands in for the exterior shots of King’s Landing. This walled city with the orange rooftops is simply gorgeous and recognized as a UNESCO World Heritage Site. 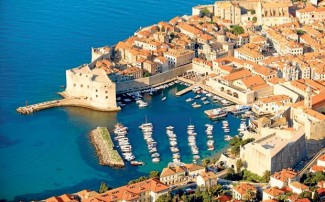 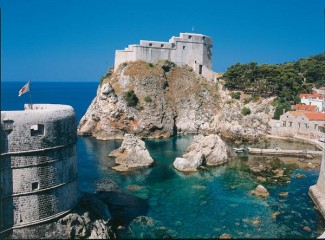 Reign, the new CW drama which I happen to be enjoying (don’t judge me – I love a good romantic period show!) is set in France, but you don’t need to travel quite so far to roam the lush castle grounds. Reign uses Charleville Castle to shoot some of the interior scenes, but mostly films on a soundstage in Toronto. 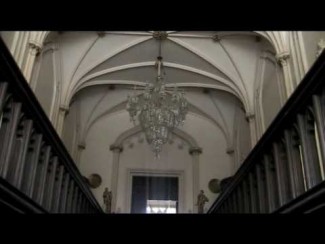 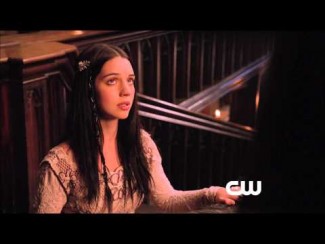 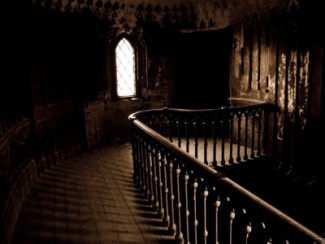 Most of the outside scenes are filmed at Ashford Castle in Ireland. Imagine yourself roaming the castle grounds just don’t forget your sparkly headbands! 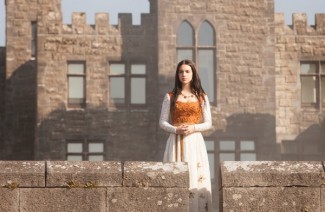 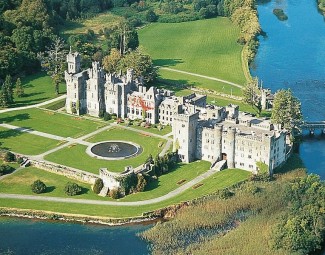 BTW – Ireland also doubles for Game of Thrones’ Westeros – mostly the scenes in the North and the coast where the Baratheon brothers’ armies met last season. Yep, Ireland is definitely on my bucket list! 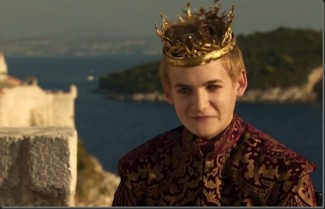 For Outlander, the new Starz series starting next year, they’re filming up in Scotland. Doune Castle in Perthshire is doubling for Castle Leoch. They’ll shut down the historic landmark for a month while the show films all the exteriors. (Interiors are harder to shoot in an existing castle since it’s hard to control all the conditions for lighting and the cameras Also, the crews need to be extremely careful not to damage historic furnishing and such so it’s relatively rare to shoot everything all in one place.)

Rare, but sometimes the stars align and a show uses the inside and outside of the same location! The fictional Downton Abbey was inspired by a real location, Highclere Castle. And guess what? They actually film there – the exteriors AND interiors! Yes, a visit to Highclere Castle is actually a set visit to Downton Abbey. (Well, everything but the kitchen which is too modern in the real castle for the show.) 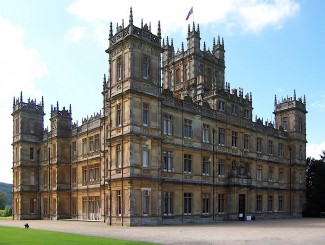 Julian Fellows, the creator of Downton Abbey, is friends with the Earl and Countess of Carnarvon who open up their castle to the public to raise money to keep up the massive estate. Inspired by their home, Julian wrote the best travel commercial the Earl and Countess could have imagined. The estate is just outside of London and open to the public on certain days. A previous Earl Carnarvon was part of the expedition that discovered King Tut’s tomb so there’s also an Egyptian exhibit you can visit while you’re trying to find Isis for a romp on the grounds. 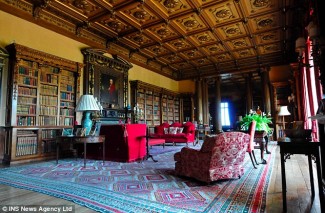 Downton Abbey’s season 4 will start in the new year, but here’s a trailer to whet your appetite in the meantime: 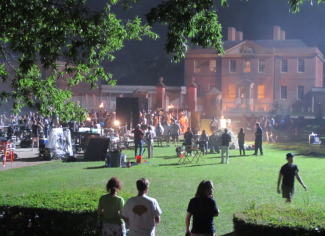 (Aside for Outlander readers: Sleepy Hollow has filmed at Tryon Palace in New Bern, NC (see above). The building is perfectly preserved — I wonder if we may see it again in a few years?!?!?)

If you ever want to visit set locations in LA, consult the amazing www.Iamnotastalker.com site where Mike the Fanboy friend Lindsay has a whole list of TV and movie locations – just be respectful of the locations which are private homes!

Health check in We have another couple of bodies in the TV morgue – Lifetime’s The Client List (that Jennifer Love Hewitt vehicle) and the ABC comedy Back in the Game is officially dead. Fortunately we can still see Maggie Lawson in Psych, but that’s it for Back in the Game. RIP! 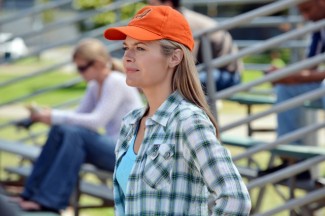 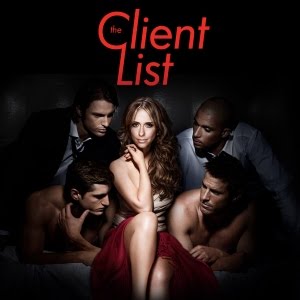 A few other shows are in need of resuscitation including: Beauty and the Beast, The Cleveland Show and The Michael J Fox Show. There’s a chance for survival, but these shows join the list of bubble shows with uncertain futures. 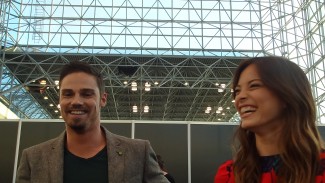 With steady ratings for The Goldbergs and Trophy Wife, those shows will get to play out their full season and, hopefully, earn their keep for another year. 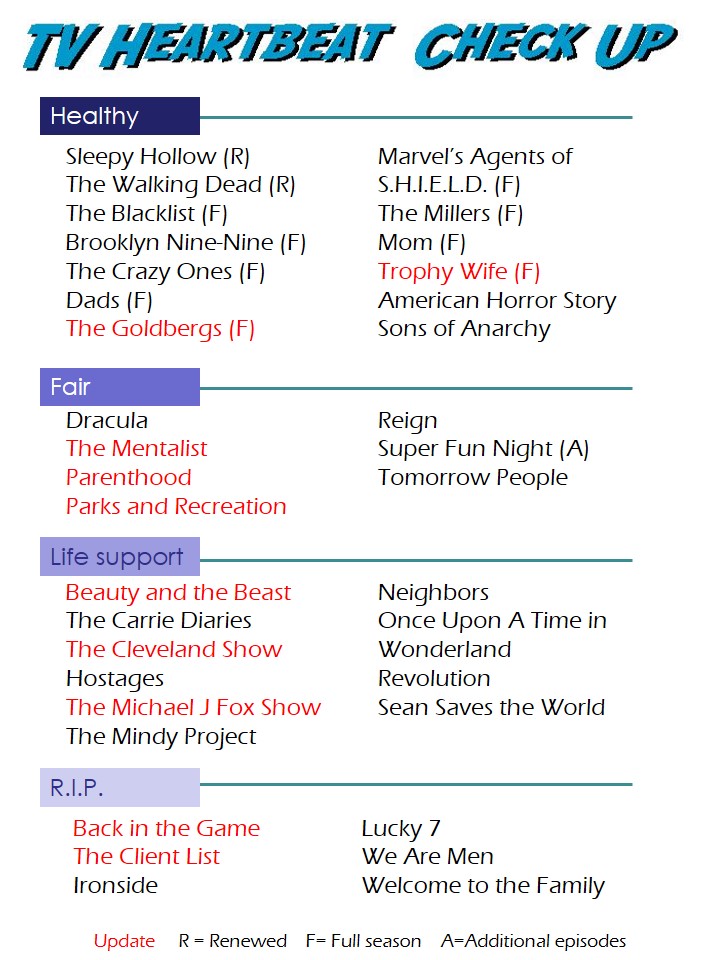