If you’ve been anywhere near an NBC/Universal TV station in the past month, you’ve undoubtedly seen a promo for the new “event series,” Dig. Starting Thursday, Dig is a 10 episode series, billed as a cousin to the DaVinci Code, that starts up on USA. 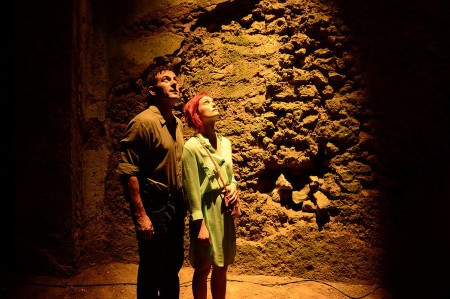 The story begins in Jerusalem where FBI Agent Peter Connelly (Jason Isaacs) has recently transferred. He’s learning to navigate the intricacies of international agency cooperation with the local detective (Ori Pfeffer) with the help of American ambassador (Regina Taylor) and one of her staff members (Anne Heche). His life gets infinitely more complicated when a young American (Alison Sudol) is killed. As Agent Connelly investigates the crime, he stumbles upon a complex conspiracy with ancient roots. 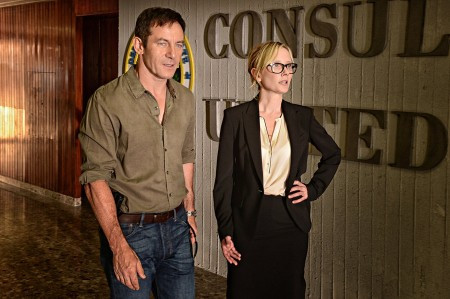 Besides Agent Connelly, Dig features a large motley group of seemingly unconnected characters including: a Hassidic Jew named Udi (Tsahi Halevi) who is traveling with a red cow, an archeologist (Richard E Grant), and Debbie Morgan (Lauren Ambrose), a woman in a sterile compound who is taking care of a young, sheltered boy. It’ll take some time to see how these characters intersect since their purpose and their relationships are all a part of the slowly-unraveling mystery. 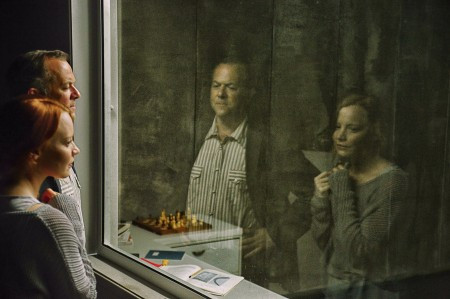 From the producers of Homeland and Heroes, the series is more like Homeland than the DaVinci Code. While there is plenty of action, the larger mystery/conspiracy is slow to unfold and infinitely more thoughtful so this show is not a brisk DaVinci Code adventure. 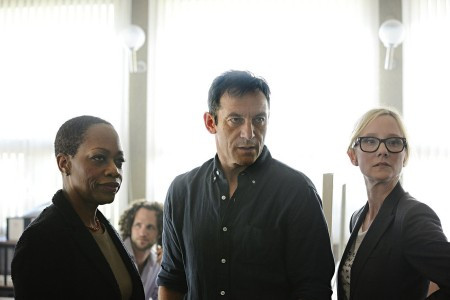 The DaVinci comparison comes from the fact that the dead American was a budding archeologist. Her research notebook holds clues as to why she was killed and to the conspiracy’s ultimate goal which, we assume, connects all these different characters together. It take some time before they reveal any of the connections. 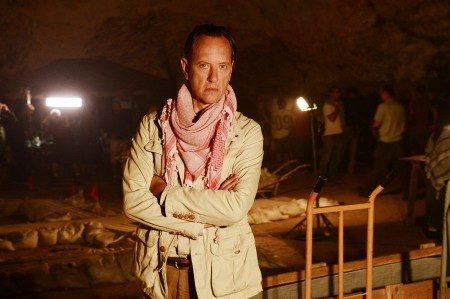 Shot on location in Jerusalem, Croatia and New Mexico, the ambitious show looks and feels very different from any other show out there. There are lots of action sequences with a capable and interesting cast. 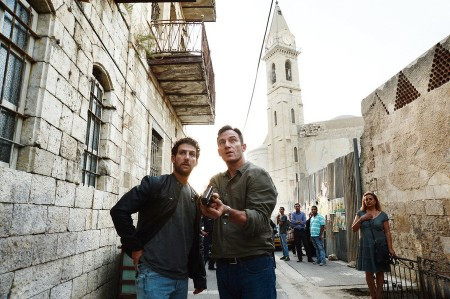 However, you’re not hooked on the mystery, then you probably won’t stick with the show since the characters are not drawn very sympathetically. It’s really the mystery and the conspiracy that are the star of the show so watch with a bit of patience since they are very stingy on providing answers. Still, I want to see where this mystery goes so I’ll be watching Dig for answers. 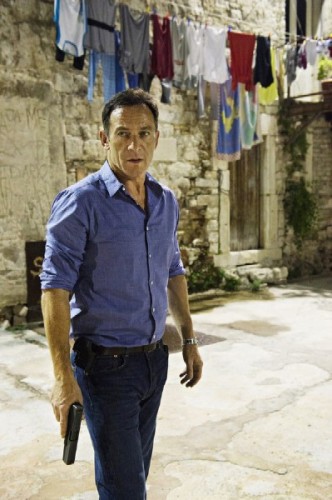